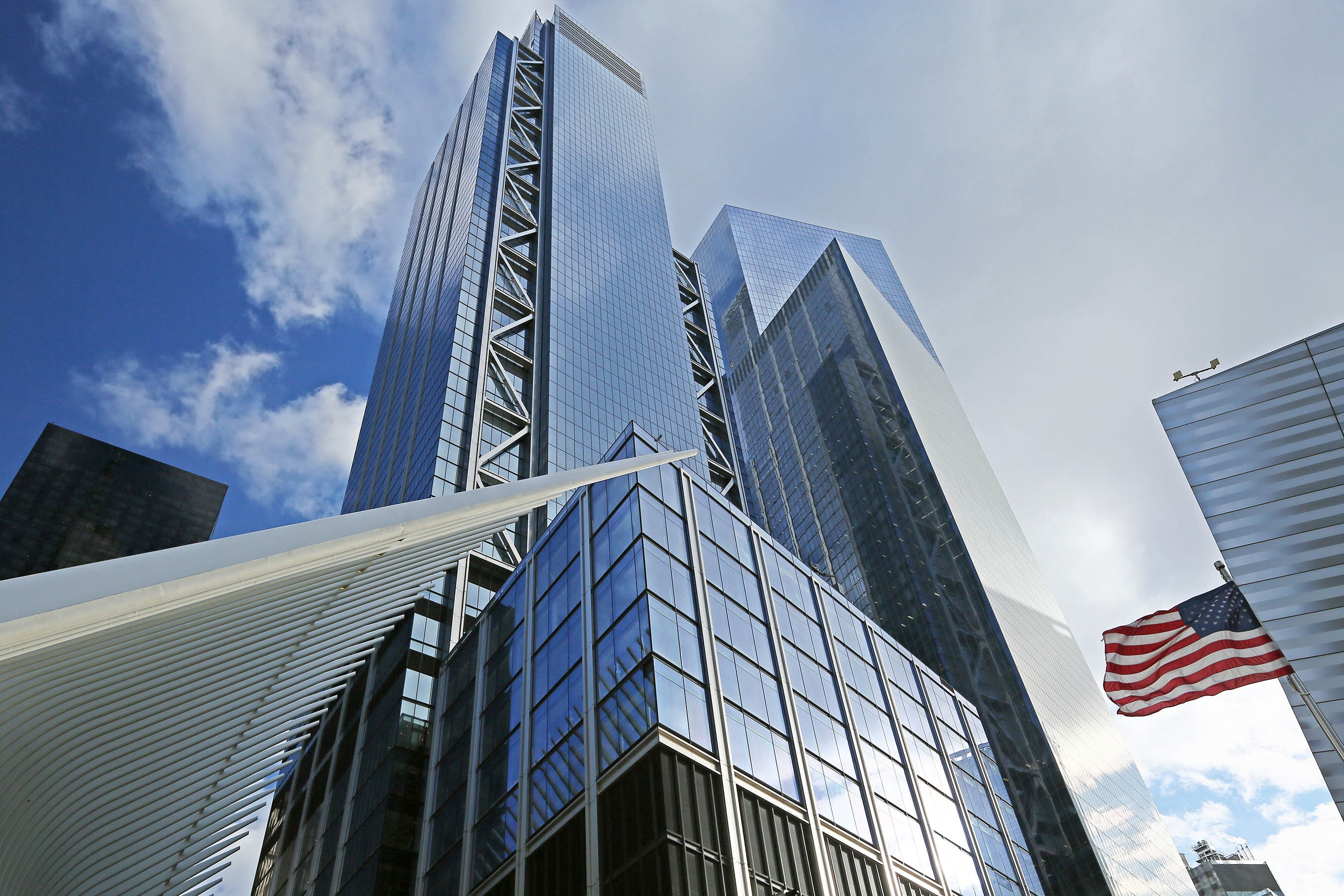 In July of 2001, Silverstein Properties successfully purchased the World Trade Center for $3.2 billion. The transaction was both a New York City real-estate record and a moment of personal triumph for company founder Larry Silverstein. It would be only weeks before those towers fell on September 11. That fateful day was devastating for not only America’s spirit, but also for lower Manhattan.

Today, the area thrives once again. That’s thanks in large part to the development of the World Trade Center campus, part of a master plan first articulated by Daniel Libeskind 15 years ago. In addition to the already famous One World Trade Center, Oculus, and National September 11 Memorial & Museum, the campus will soon be home to 3 World Trade Center, joining 4 (and eventually 2) World Trade Center as a dominant presence in downtown Manhattan’s skyline. Despite their long lead times, each of these buildings promises to embody the idea of a modern workspace.

To make towers 2 through 4 a reality, architects worked on their designs side by side from an office space in Silverstein’s 7 World Trade Center, remembers Richard Paul, partner at Rogers Stirk Harbour + Partners and lead architect of 3 World Trade Center, on which his firm began wok in 2006. Teams would share what they had been working on at the end of each day, and a countdown clock ticked off the years, months, weeks, and days until the plans would be unveiled to the public.

“It was quite a competitive environment, as you could imagine,” recalls Paul. “But it enabled us to collaborate on some key aspects of the design, which really benefited the project.”

Just how that process benefitted 3 World Trade Center will become apparent to the world when the building opens on June 11. Rising 1,079 feet above Greenwich Street, the 2.5 million-square-foot tower offers full panoramic views of the city and across the Hudson River, with an emphasis on open space and unobstructed sight lines throughout its eighty floors. That’s owed not only to Paul's decision to utilize an exterior system of load-sharing, K-shaped braces that removes the need for corner columns, but the concerted effort to align the cores of RSHP's building and Fumihiko Maki’s comparatively minimalist 4 World Trade Center to maximize the sight lines of each.

The emphasis on exterior bracing grants 3 World Trade Center’s tenants, like GroupM (700,000 square feet) and McKinsey (185,000 square feet), the freedom and flexibility to create work environments that suit the particular needs of their modern businesses. Some design choices revealed so far include auditorium-style seating that cuts across multiple floors in one office space, and an overall emphasis on hoteling desks and collaborative areas over corner offices. Furthermore, the introduction of a 5,500-square-foot landscaped garden terrace on the 17th floor (and another smaller space on the 76th floor, set to be Manhattan’s highest and undoubtedly most picturesque) will provide ample opportunities to get outside and away from a computer screen without exiting the building.

Creating a dedicated place to unplug at work may sound counterintuitive, but Gensler Workplace Practice Area Leader Amanda Carroll sees the terraces at 3 and neighboring 4 World Trade Center as vital to the health of today’s workforce. “Outdoor terraces are a sign of an improved awareness around health and well-being that needs to be a part of the process in any design now,” Carroll said at a recent NYCxDesign panel held on the 68th floor of 3 World Trade Center. “As New Yorkers we crave green space probably as much if not more than any other market in the world.”

Beyond the green spaces, other elements of 3 World Trade Center indicate a strong commitment to sustainability. From using recycled rainwater in air conditioning (which will be submetered and monitored by floor) to harnessing the energy created by descending elevators, the building has efficiency in mind throughout. Even the full-height windows are double-glazed with a specialized transparent low-E coating on the inside surface to filter sunlight and reduce energy loss without sacrificing the stunning views.

As members of the downtown community see it, the meticulous attention that went into the building’s sustainability will further position lower Manhattan as one of New York’s most vibrant areas. “There’s an awareness that eyes all around the world would be focused on these buildings,” says Downtown Alliance president Jessica Lappin. “I think the people who are involved in building them have taken that opportunity to set good examples and have been very thoughtful in the way they’ve done it.”

Lappin also feels that the WTC campus’s ability to attract hip, creative tenants like GroupM and Spotify (apparently wooed to 4 World Trade Center thanks to Silverstein’s decision to turn the unoccupied 69th floor into a temporary workspace for some of New York’s best street artists) should accelerate the youth movement already reshaping downtown. “When you look at who’s living downtown, it’s young people. It’s millennials, it’s young professionals; the median age is 32,” Lappin says. “So that brings a different vibe and they’re looking for different things in terms of restaurants and bars and services.”

The roughly 4,000 GroupM employees moving into 3 World Trade Center this July will surely further contribute to the ongoing downtown renaissance, as will the campus’s Performing Arts Center set to open in 2020. But the project has already inspired one key move to the area as it nears completion: Lifelong New Yorker Larry Silverstein. His move from 500 Park Avenue to 30 Park Place surely signals a shift in the city’s balance of power from midtown to downtown. But the 86-year-old—who joked about skateboarding to work from his new home—sees downtown not in terms of property, but of people.

“The neighborhood is young, it’s vibrant, it’s enormously exciting,” he told the NYCxDesign panel from high up in the building his company brought to life. “We’re very happy with it.” If 3 World Trade Center and other elements of the campus deliver on their promise, many will come to describe what once was seen as stodgy center of financial power in the same terms.

Explore the best moving buildings via our new Pinterest board