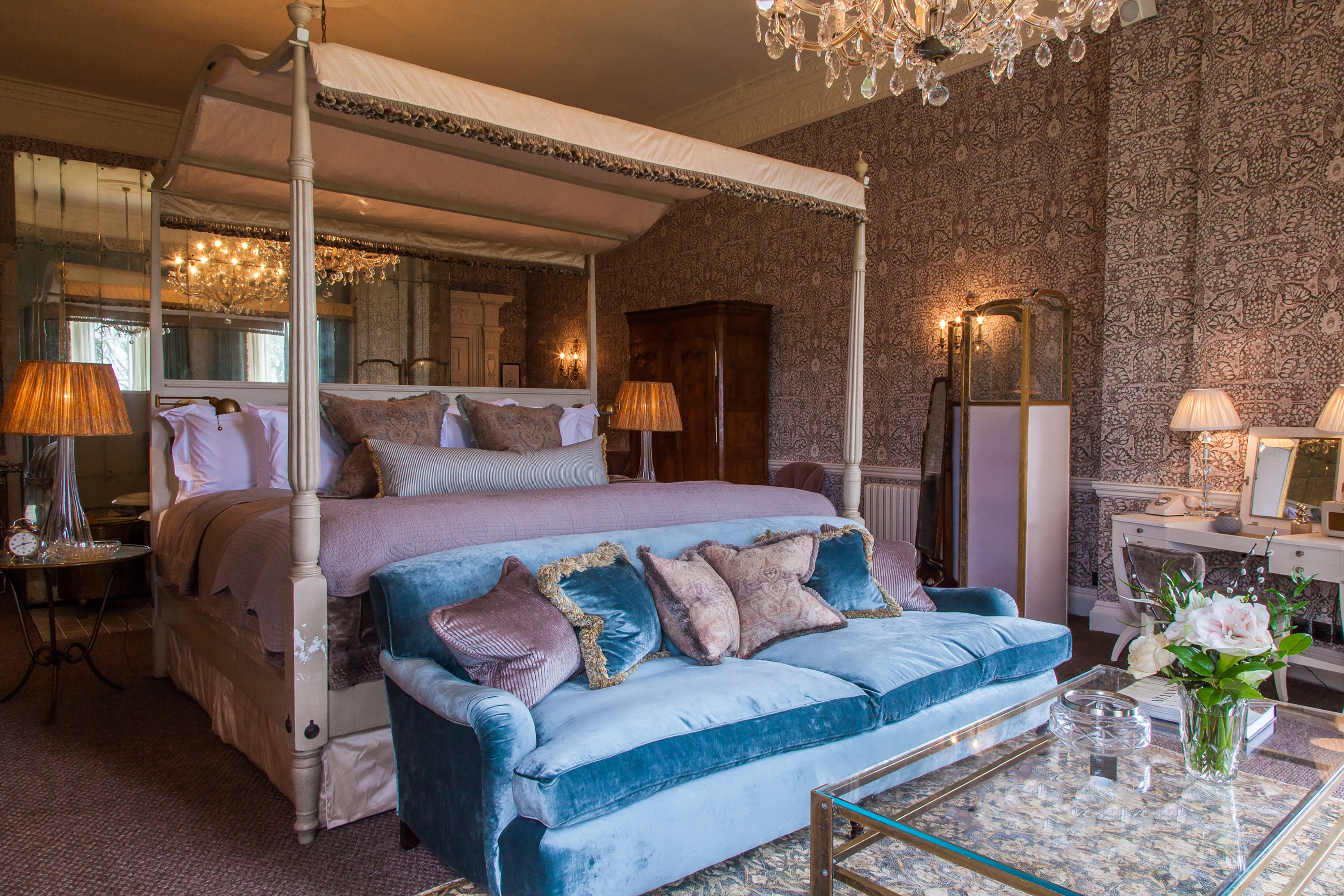 The aesthetic has had a name (“shabby chic”) since the 1980s—thanks to The World Of Interiors. Min Hogg, who established the publication, once described the decorative scheme as “characterful, colourful, used but not abused.” It is, at once, fashionable and well-worn: a modern (but not too modern) version of an English estate. The following destinations are the ultimate demonstrations of this aesthetic sensibility.

England’s Cotswolds have a rustic romance—and it exists at this thatched inn, which was constructed in the 1500s. The restaurant, Mr. Hanbury’s Mason Arms, creates an even cozier ambiance with eclectic decor and pub-inspired fare. mrandmrssmith.com

This Soho House–owned manor is situated on 18 acres in Somerset (about two hours from London). There’s a stateliness to the distressed interiors, which are decorated with patinaed mirrors and velvet-covered furniture. babingtonhouse.co.uk

Creatives are welcome at this intimate “club” in Budapest, where artists with connections to the destination have blessed the bohemian-style accommodations with their works. Brody House’s brand (Brodyland) is affiliated with arts clubs around the world (including London’s Groucho Club and Hospital Club). brody.land

The essence of Paris’ Marais (once, an aristocratic area) has been concentrated in this haute residence. There are echoes of another era in the entrance (e.g., a 1792 piano, a Louis XV–style harp) that continue in the 19 rooms, which are adorned in the Rococo aesthetic. carondebeaumarchais.com

This is one of the prettiest destinations in the Spanish metropolis—a pink-color “palace” where the interiors are reminiscent of Versailles. There’s a sweetness to the rooms, which are trimmed with ditzy fabrics and lace. hotelcontinental.com

There are but 15 rooms in this 1840s-era brownstone house in New York’s NoHo—an intimate destination from Eric Goode and Sean MacPherson (the team behind the similarly “shabby chic” Bowery Hotel and Jane Hotel). The charmed interiors have fireplaces and flourishes that include Baroque-style mirrors. lafayettehousenyc.com

This historic inn in Stockbridge, Massachusetts, has roomed (and boarded) travelers in the Berkshires since 1773. There are 125 rooms between the main house and the additional houses: antique-decorated accommodations with an abundance of character and chintz. redlioninn.com

The aesthetic at this destination in Provincetown, Massachusetts, is as beachy as it is “shabby chic.” It has been achieved with distressed-wood beams and white-washed walls—with antique installations above the beds. salthouseinn.com

The Casita by Manorwood Homes wins Modular Home of the Month

Montenegro Has Potential to Become the Next French Riviera