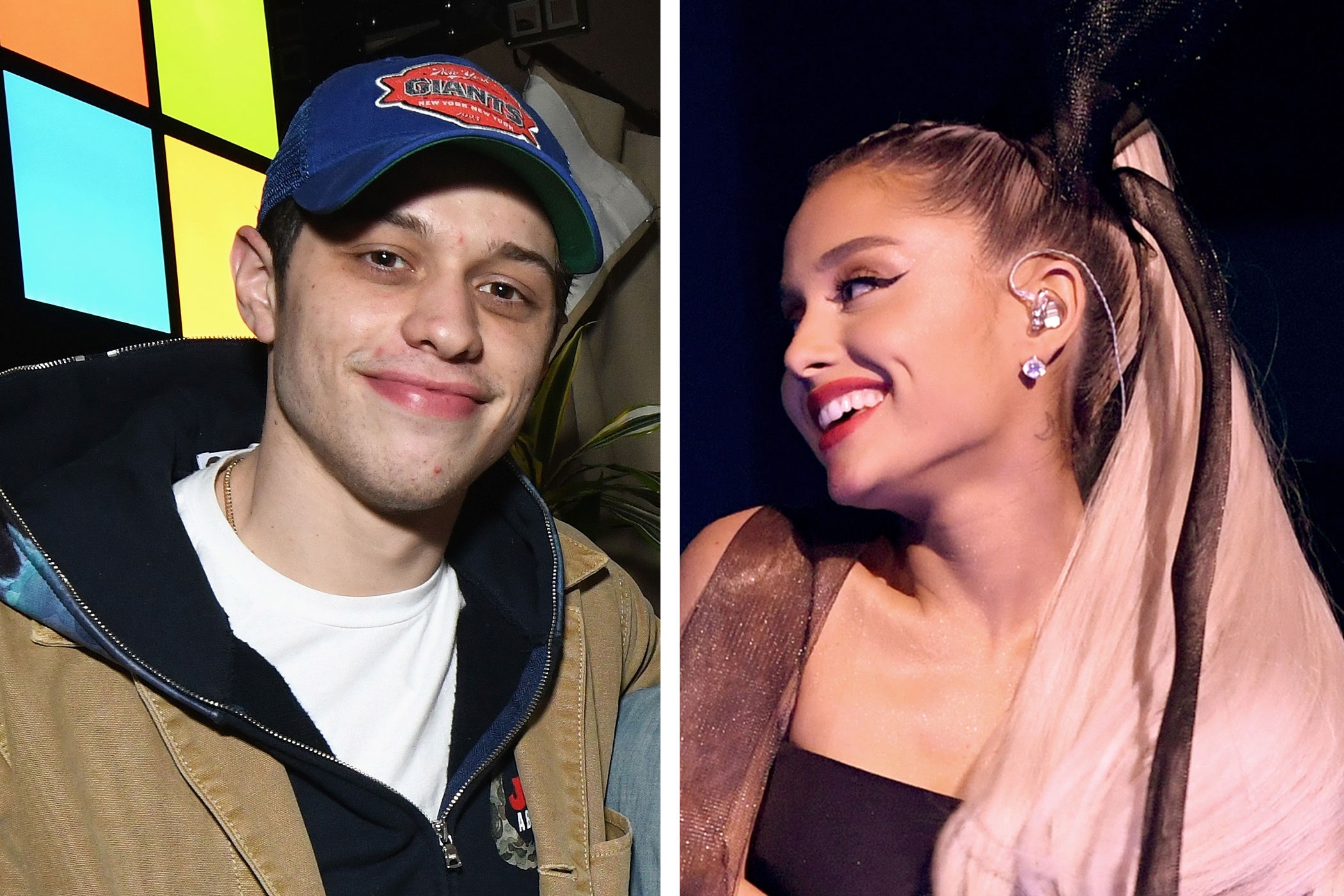 In the past month, singer Ariana Grande and comedian Pete Davidson have started dating, gotten matching tattoos, and gotten engaged. Now, the two 24-year-olds are reportedly moving in together.

The two reportedly went to Restoration Hardware in New York, according to Entertainment Tonight. Apparently, they were in desperate need of furniture after purchasing an apartment together: Over the weekend, Grande posted a picture of SpongeBob SquarePants to her Instagram Story with the caption, "Us in our new apartment with no furniture[,] [one] speaker and red vines." On Tuesday, the singer shared a video of her fiancé sticking out his tongue and lifting his shirt up while they shopped together for rugs. She captioned the video, "Adults," as Davidson can be seen playfully shoving her into the large selection of carpets.

It's unclear where exactly the new apartment is located, though Davidson is a current cast member on Saturday Night Live, which tapes in New York. Davidson also performs standup comedy occasionally and returned to the famous Comedy Cellar to perform over the weekend with his fiancée in the audience. Grande's family is originally from New York, though they moved to Boca Raton, Florida, where she was born. The singer now lives on her own in Los Angeles. Grande currently owns seven dogs (including the most famous, Toulouse, who has made appearances on The Tonight Show and won the Cutest Pet award at the 2018 iHeartRadio Music Awards), so wherever the future Davidsons live, they'll be sure to have a lax policy on pets. One thing's for sure: the couple now likely has a few quality rugs.

The 5 Clever Home Tours You Loved the Most This July

“They are compensating for something”