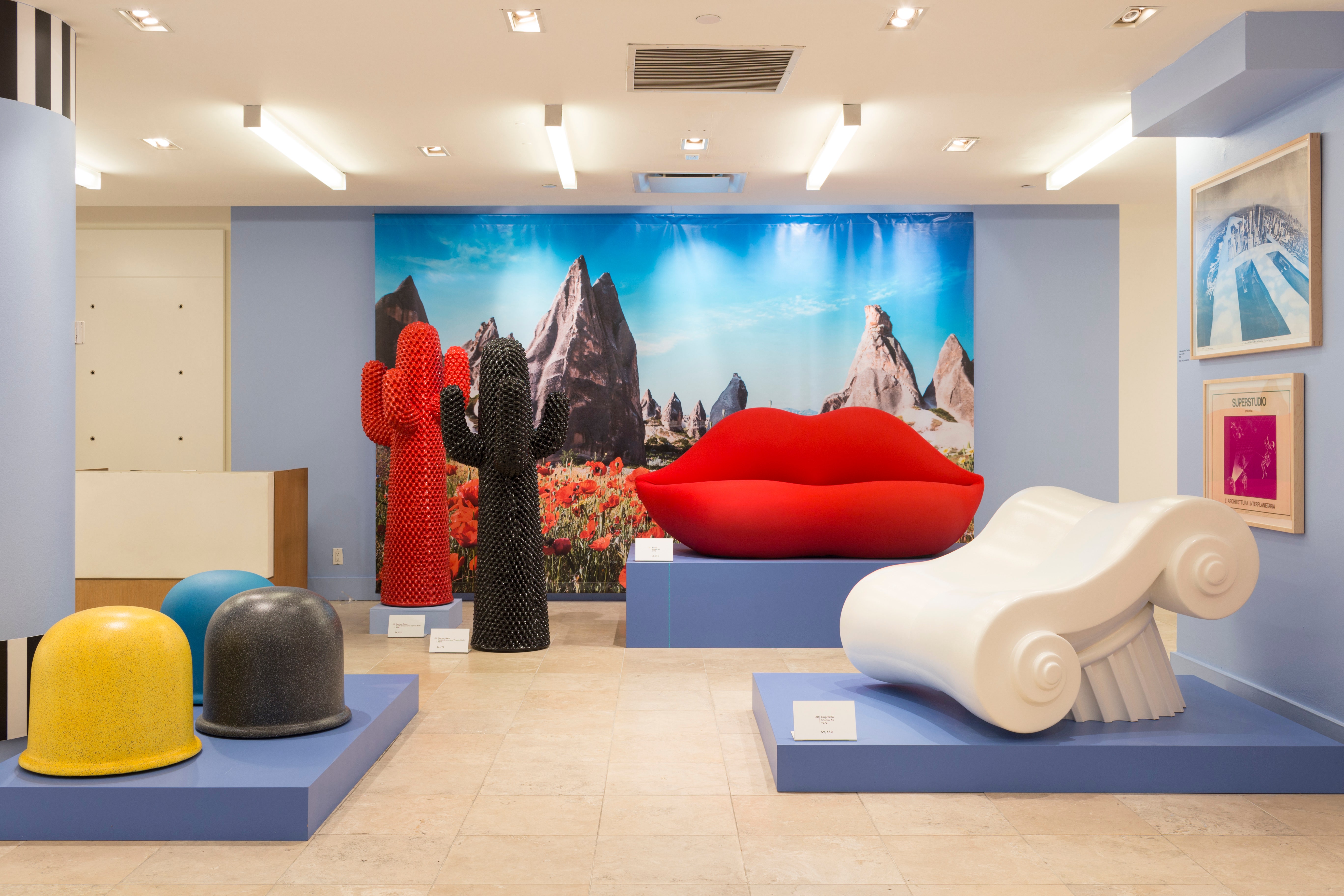 Radical design—the irreverent movement that swept Italy in the late 1960s—is officially back in vogue. After last year's Met Breuer blockbuster, "Ettore Sottsass: Design Radical" and R & Company's comprehensive "Superdesign," in 2018, the movement—hallmarked by cartoonish polyurethane furnishings in the shape of lips, cacti, and columns—takes on a new frontier: the department store. On Friday, Barneys New York opened a radical-design-themed pop-up shop on the ninth floor of its Madison Avenue flagship.

As our modern world convulses, the movement that arose out of a similar political unrest resonates: "No other design movement better correlates to the mood of the fashion of the moment than Radical Design," explains Tom Kalenderian, executive vice president of men's, children's, and home at Barneys. "A group of highly creative individuals were exploring social activism, nonconformism, and a playful approach to disruptiveness."

At the pop-up, vintage works from Superstudio, Archizoom, Franco Bucci, and Angelo Mangiarotti sit alongside newly produced favorites like Sottsass's playful Shiva vases, Zanotta's legendary beanbags, and polyurethane favorites from Gufram, including Puffo—a colorful stool which has been out of production for approximately 30 years.

"Gufram agreed to bring back the Puffo exclusively for Barneys New York with a limited edition utilizing the exact original finish and colors," Kalenderian says. "For all those collectors searching for decades unsuccessfully for a Puffo, now they have the rare opportunity to find it at Barneys!"

Puffo isn't the only radical item being revived. Says Kalenderian: "On our visit to the Laboratorio Pesaro factory, they unearthed the original molds of Franco Bucci’s avant-garde ceramics that haven't been made in 50 years." Now at Barneys New York you can get your hands on the new limited edition. How rad is that?

How Did Six Willem de Kooning Paintings End Up Forgotten in a Storage Unit?

How’d This Couple Make Over Their Ranch House on a Budget? So. Much. Paint.