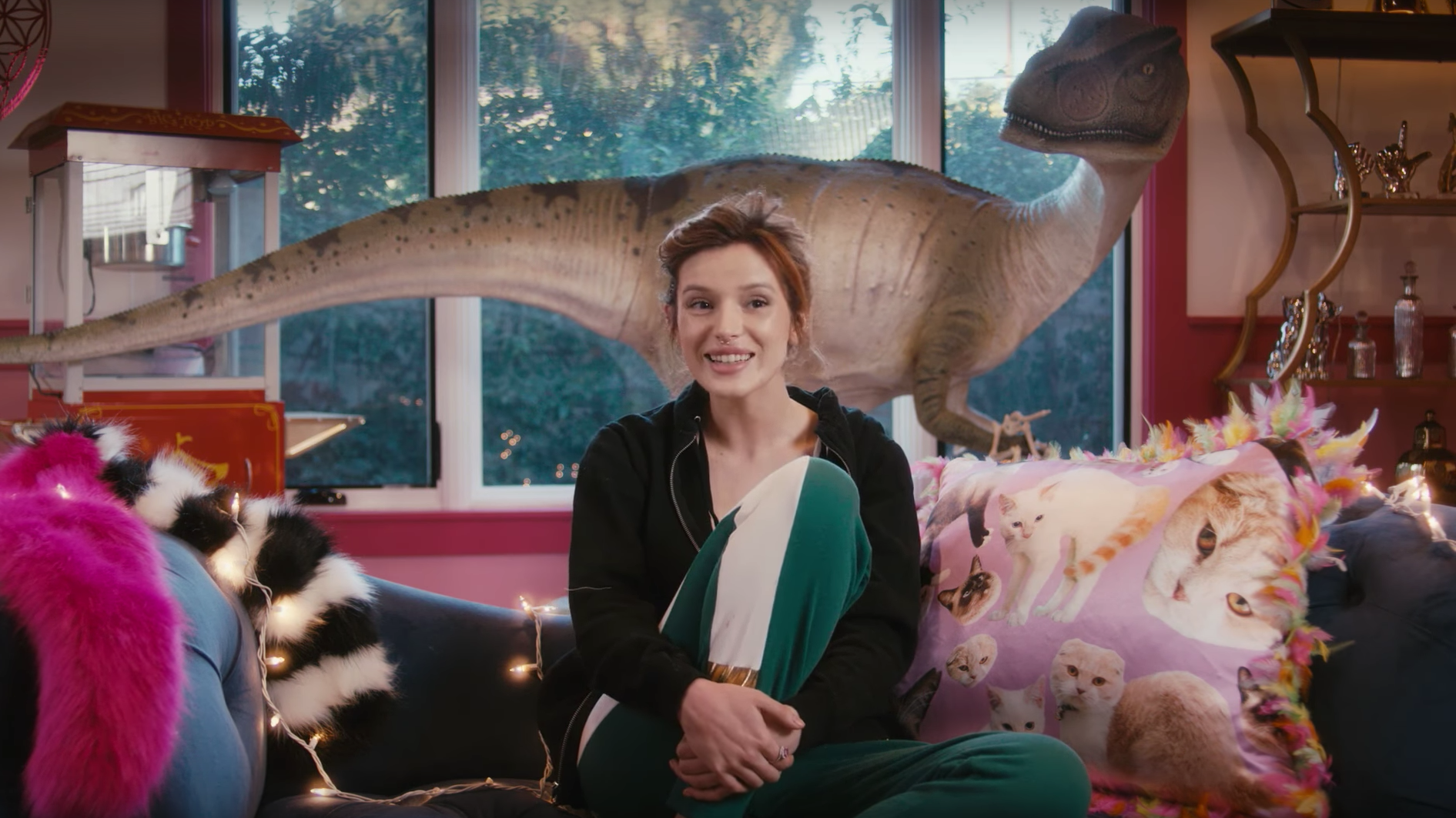 Former Disney star turned outspoken big-screen actress Bella Thorne has a penchant for dying her hair all the colors of the rainbow—a whimsical trait that's clearly echoed in her home decor. In a new documentary from Vogue and Vice's Broadly, the 20-year-old gives a tour of her psychedelic Los Angeles home, which she purchased at the end of 2016 and shares with her sister Dani.

"There were more things hanging, but we had to take them down," Thorne says in a room painted light blue with glitter stars and giant cotton ball–like clouds hanging from the ceiling. "They were just in too many people's way when they came through the front door." Now, a statue of the Babadook, whom the actress/singer calls "her main bro," greets guests, though he used to live in the bathroom as a scare tactic. "We put him in the bathroom at first behind the door so that when people open it they scream," she explained. "We'd just wait by the bathroom every time someone asked to use the restroom and it's really quick fun."

Thorne also points out Derek the Dinosaur, a large statue of a Tyrannosaurus rex; a pink zebra-print cat tree she made that "looked much better before we had 12 cats"; and a paint-splattered teepee. "I wanted a teepee because I thought it was weird," she explained. "I've always liked the idea of sleeping on the floor. I wanted to have something that felt like a safe space. Obviously, my house is a safe space, but this, when I get in there, I get all cozy up in this b*tch." Inside the tent, there's a rainbow-colored dreamcatcher, pillows, a blanket, and her stuffed animals. Thorne's art—paintings, sculptures, collages, mood boards, and more—cover the house throughout, including one room where she's painted alien-like creatures on the walls with the message "I'm not high, I'm just in love."

Watch the full tour, below.