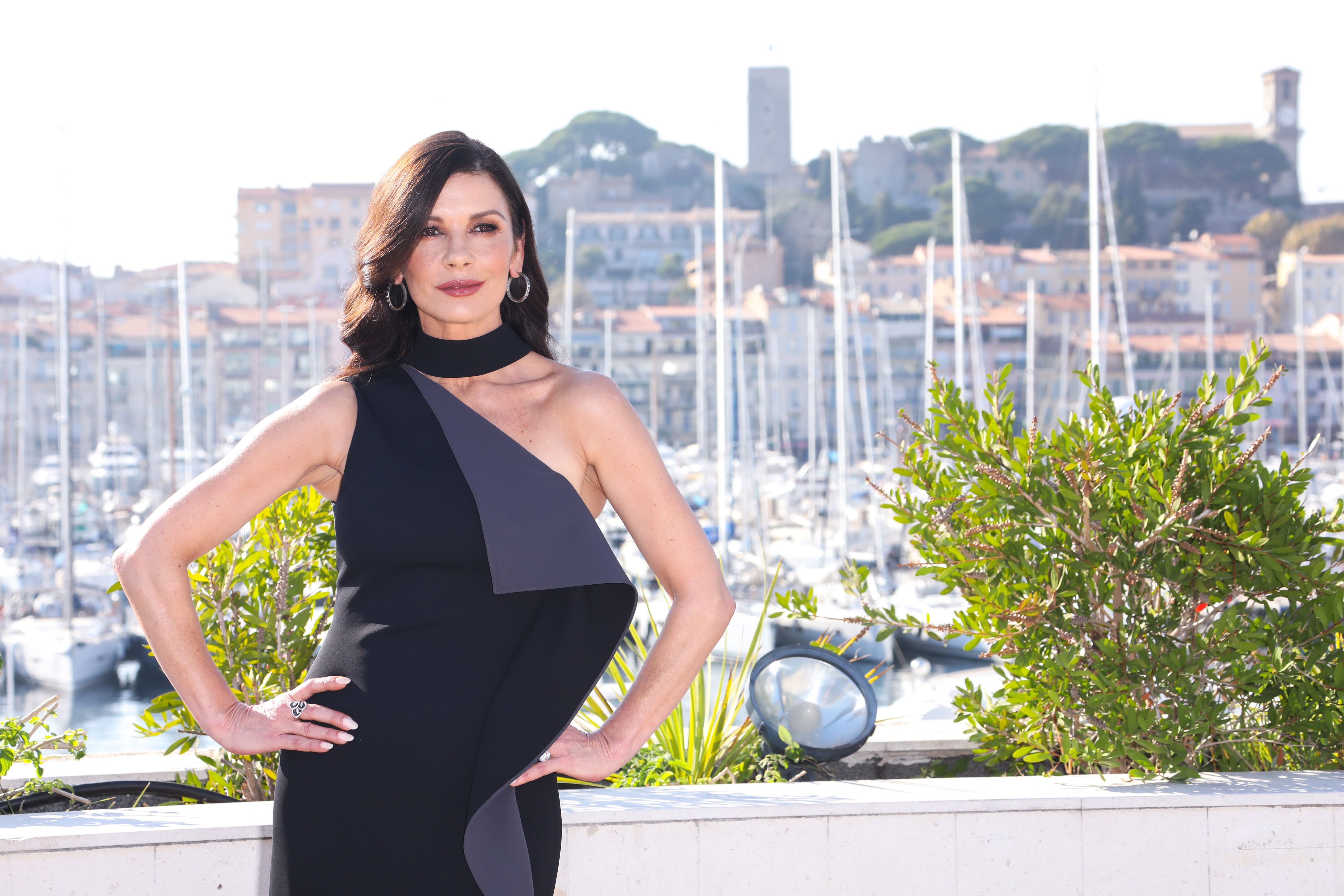 Catherine Zeta-Jones, who launched a home line just over a year ago called Casa Zeta-Jones, has been steadily sharing her passion for interior design with her fans on her Instagram account. Recently, this includes shots of her Manhattan apartment. The actress owns five homes with her husband, Michael Douglas, including a four-bedroom house in Bermuda and an apartment in New York City near Central Park.

The Welsh actress has been acting for nearly three decades but is newer to the home decor scene. Her line debuted with homeware goods for QVC, which she promoted on social media using the hashtag #StyleByZeta. It seems she's taking a particular interest to her New York City home as of late. Here, a few shots of the vast and expansive city escape.

The living room of the Manhattan apartment Catherine Zeta-Jones shares with Michael Douglas and their two children.

Zeta-Jones highlights a piece of art by Zhuang Hong Yi in their Manhattan apartment.

The actress gives a #StyleByZeta tip, which is to "add a splash of color" and to "start small with a pillow or a painting."

At the end of the hallway in the apartment, the actress gives another #StyleByZeta tip: She loves "to mix old and new."

A more personal shot of the results of Zeta-Jones's redecorating of her daughter Carys's room.

Related: Catherine Zeta-Jones Dishes to AD About Her Next Big Project

This Is How You Can Actually Afford Original Artwork