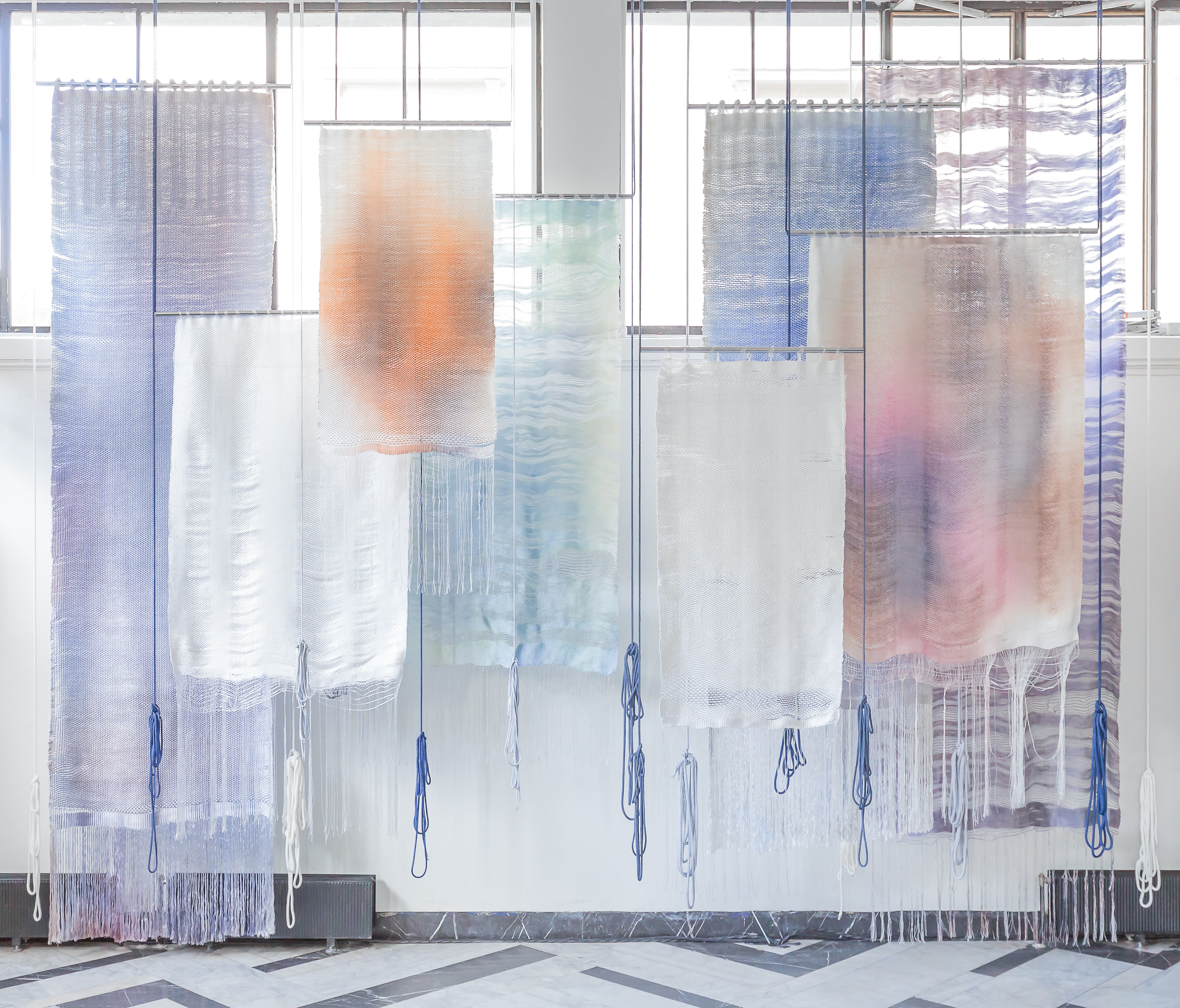 When it comes to Nordic design, there's no shortage of talent: The likes of Alvar Alto, Verner Panton, and Hans Wegner established the region as a hotbed for creativity decades ago. But it's not all about midcentury modern. A new generation of Nordic creatives will be on full display at this year's Chart art fair, running August 31 through September 2 in Copenhagen. Since launching the offshoot Chart Design in 2016, the fair has become an oasis of fresh talent. This year, Chart Design will welcome 12 galleries from Denmark, Sweden, Finland, and Norway showing a slew of new projects in glass, textiles, and more.

"Scandinavia’s iconic 20th design has long been celebrated but the latest crop of designers are already receiving international acclaim,” fair director Nanna Balslev Strøjer tells AD PRO. Although it only launched six years ago, Chart has quickly become a magnet for influential figures in the worlds of art and architecture on these shores. Recent attendees include Lee Mindel, Scott Campbell and Kyle DeWoody. So what makes the design on view so distinctive? “Blurring the boundaries between the art, sculpture and design as well as concept and craft is characteristic of so many examples on view,” Strøjer points out. Here, AD PRO rounded up some of the designers to watch.

At Stockholmmodern, Swedish designer Frida Fjellman's captivating glass Crystal Atmosphere chandelier, which references chunky shards of glittering emeralds and diamonds, will hold center stage. Although Fjellman only opened her own studio in 2000, she has already created site-specific installations for the Four Seasons Surf Club and NetJets VIP Lounge during ABMB last year.

Gallerie Format Oslo is spotlighting Norwegian Aurora Passero’s woven creations, which hover over textile art, installation, sculpture and painting. She frequently weaves unconventional materials from nylon to steel and then paints each work, which hang from the ceiling. Passero has racked up commissions for the Royal Norwegian Embassy in Rome and private collectors.

Don’t call the Dane Per-René Larsen, who is repped by Køppe Contemporary Objects, a routine glass designer. After a stint at the Orrefors School of Glass, Larsen moved from the functional to the sculptural. His hand-blown sculptural statements in amorphous shapes and with an enticing palette could not be more alluring.

The Helsinki gallery Lokal is sporting the oeuvre of Finnish Inka Kivalo. After a stint at Marimekko, Kivalo moved away from mass-market product and took up an 18th century loom. Her 2017 Sub Rosa tapestry is but one example of her abstract woven landscapes in soft hues of lavender and pink.

Copenhagen dealer Maria Foerlev—whose great uncle was the legendary architect Arne Jacobsen—of Etage Projects has always had an uncanny eye for talent. At Chart, she will showcase the idiosyncratic vases of Thomas Poulsen (the Danish talent better known as FOS) alongside work from Sabine Marcelis.

Stockholm-based Berg Gallery is spotlighting the wooden vessels of Christoph Finkel who puts an entire new spin on that natural material. He first ferrets out 100-year-old walnut trees for his sculptural vases and vessels. His work can be found in museums through out Europe as well as in the Minneapolis Museum of Art.