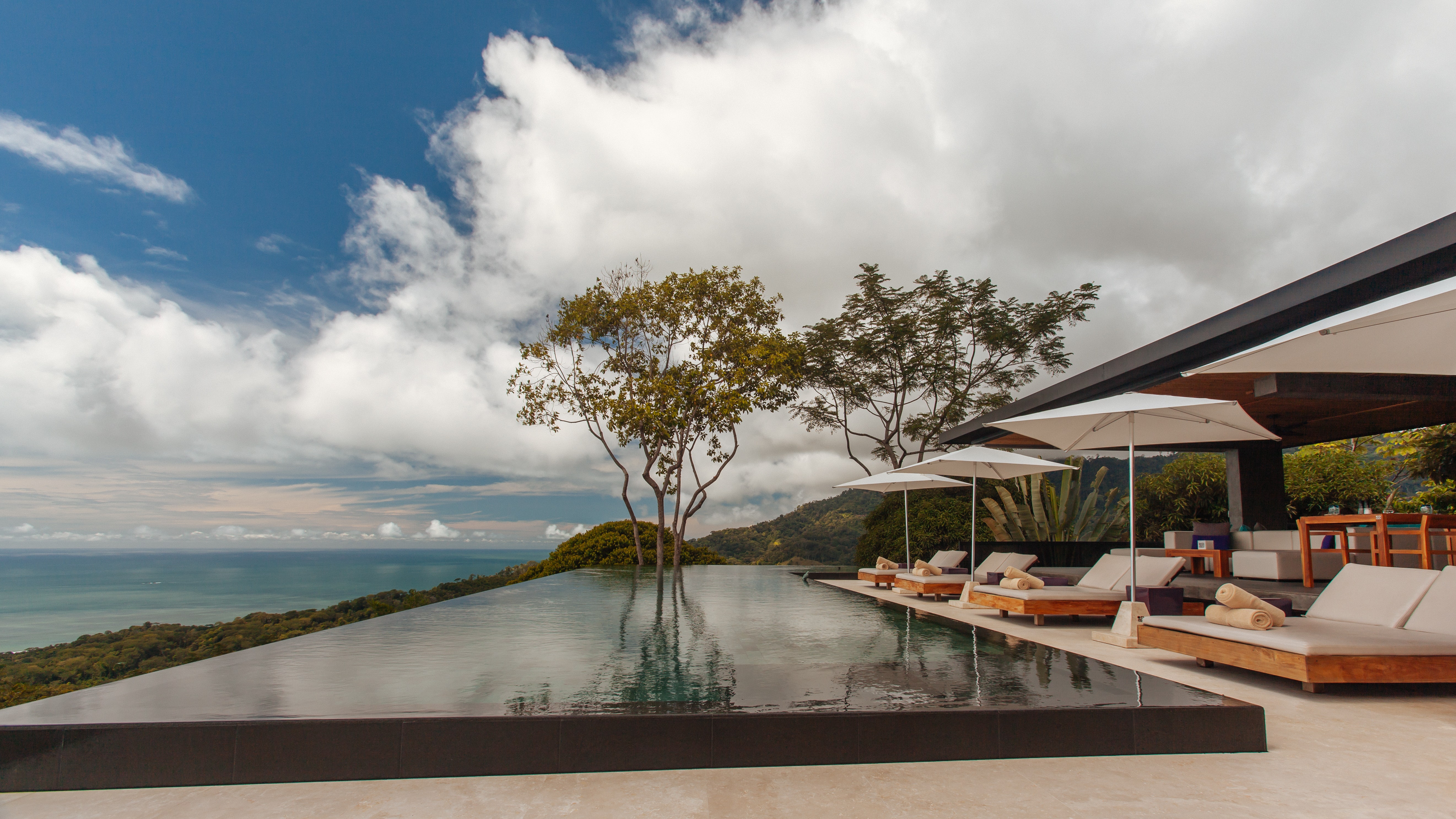 If there’s any place to dip your toe into the solar-powered pool of sustainable resorts, it’s Costa Rica. The world’s happiest and greenest nation is often hailed as the birthplace of ecotourism—a trend sparked when the country’s first ecolodge, Lapa Rios, opened in 1993. Over the past 25 years, Costa Rica has amassed a series of sustainable wins, including producing over 99 percent of its electricity from renewable resources. Most recently, President Carlos Alvarado Quesada pledged to make it the world’s first zero-carbon country by 2021. A similar trajectory is reflected in low-impact, high-design hotel developments. Now more than ever, local architects are breaking from the traditional palapa-style cabins of yesteryear and giving jungle living a contemporary twist. Head to remote regions and you’ll find sleek abodes built without cutting down a single tree and infinity pools cleaned via ionization instead of chlorine. Herewith, AD takes a look at the country's high-end hotels that look great without damaging the planet.

Since opening in 2017, fitness-focused hotel Nalu Nosara has become one of the most talked-about hospitality projects on the Nicoya Peninsula—even earning a nod at Costa Rica’s 2018 International Architecture Biennial. San José–based firm Studio Saxe brought its signature sustainable touch to the design of the two- and three-bedroom villas.

Each recycled teak-wood pavilion is positioned to respond to wind and solar patterns. “By separating the roofline from the walls, we managed to create a chimney effect that extracts hot air and keeps the ambient cool throughout the day,” says architect Benjamin Garcia Saxe. No mature trees were removed, resulting in a lush environment best appreciated in the jungle-framed yoga studio.

Kurà Design Villas could very well be one of Costa Rica’s only eco-resorts to offer condoms as an in-room amenity (alongside biodegradable soap). Devised to appeal to couples, the eight-suite property feels like a sexy hideaway perched on a cliff above Uvita’s Whale’s Tail sandbar.

This is exactly the mood Costa Rican architect Martin Wells and biologist Alejandra Umaña wanted to convey through their tropical minimalist locale made of steel, glass, concrete, bamboo, and wood. Along with luxury frills (including a 62-foot-long saltwater infinity pool with underwater speakers), Kura’s sustainability program includes solar energy, LED lighting, and an entirely local staff.

When San José–based architecture firm Project CR+d set out to build 20 bungalows at an existing thermal water resort in Costa Rica's Guanacaste province, it planned around the trees and prehistoric rocks. The result is Rio Perdido’s eco-luxe cabinas, constructed without altering the natural landscape.

“The three rows of bungalows each follow the lines of existing topography,” says CR+d’s founding architect David Darlington. “No trees were removed for the bungalows. Each unit sits in a different ‘space’ and offers a unique guest experience wherever you stay: sounds of the river below, wildlife, or a view from up in the trees.” These elements also set the tone of the earthy color palette with bright accent hues, as well as the forest-enclosed private balconies.

Materials of local origin were used throughout the project, including sustainably sourced wood and caña brava grass, which was woven into furnishings and fishbone-pattern ceilings by local Sarchí craftspeople. All of this, along with an infinity pool overlooking the Pacific Ocean, beckons guests to slow down, get outside, and dive into the pure life of Costa Rica.

Masterpiece London Has a New Strategy to Seduce Visitors

Avicii’s Personal Piano Will Be Displayed in a Swedish Museum