Home News For Debut Novelist Ingrid Rojas Contreras, Home Is What You Carry with... 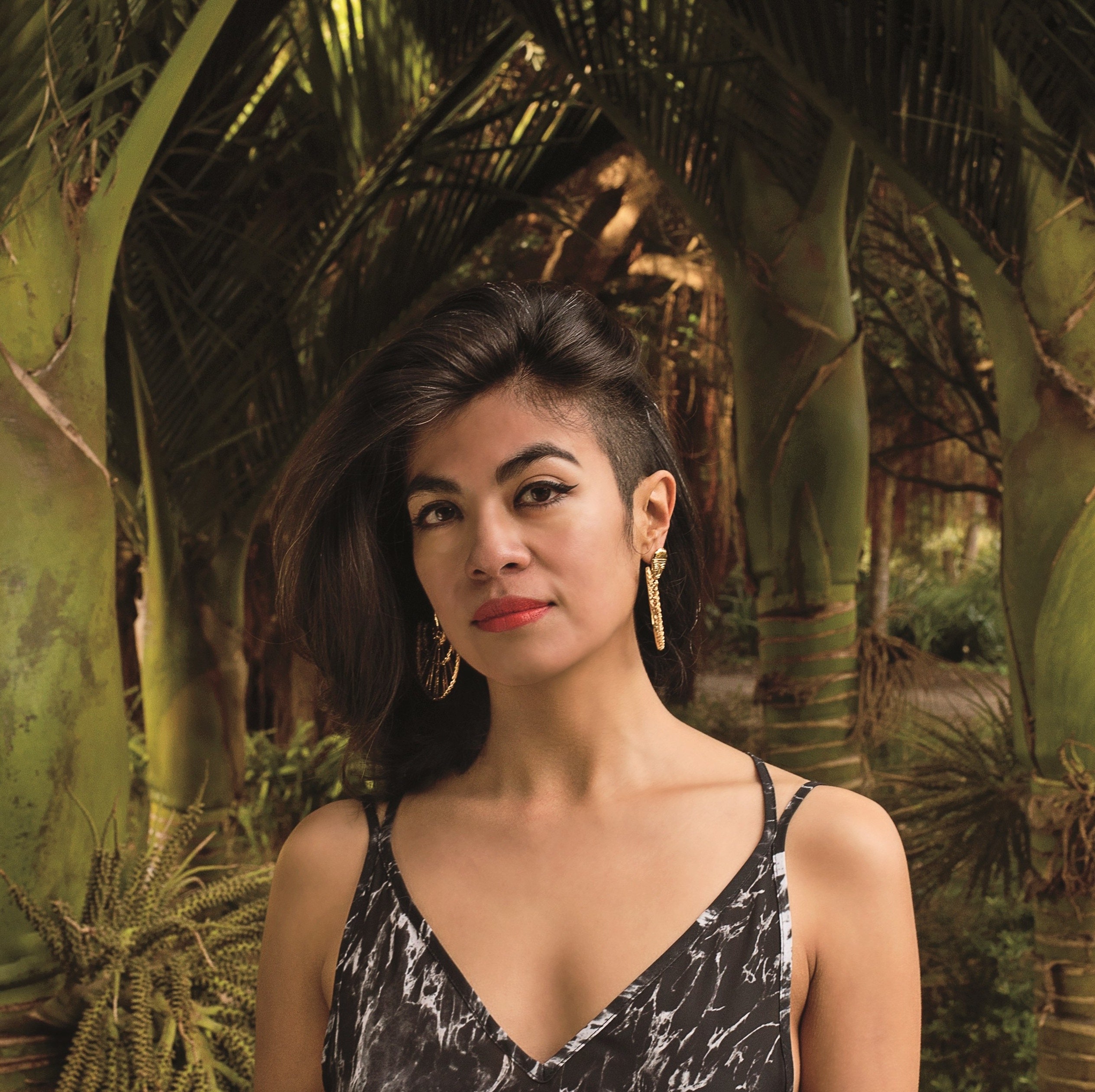 In her debut novel, Fruit of the Drunken Tree, Ingrid Rojas Contreras conveys the gripping story of two women grappling with the conflict of war-torn Colombia in the 1990s. The vivid descriptions of place that bring the novel to life are derived from Ingrid's own upbringing in Bogotá. For the author, the meaning of home has shape shifted through the years. When I asked her to tell us something about her home, she, perhaps unsurprisingly, penned a stunning, thoughtful essay, detailing the trajectory of the objects she brought with her from Colombia to the United States, when her family was forced out of their native country. Ingrid's definition of home—one built on the things you can carry with you, in your suitcase or in your heart—strikes me as particularly poignant, especially in today's political climate. (You can read Ingrid's op-ed on Trump's denaturalization task force here.) Thank you, Ingrid, for sharing your story. —Kristen Flanagan

In every apartment I’ve ever lived, I arrange three objects on the choicest shelf: a small red wooden rectangle, a bottle of blue ink, and a gray rock I picked from my grandmother’s backyard back in Colombia. These three things are the oldest things I have a connection to, and I spend hours composing their arrangement on the shelf, tinkering until the light hits them just so. To me, they give off an indelible sense of home.

I never felt like I belonged in my childhood home in Bogotá. Ours was a three-story house in a gated community built to keep things out: crime, the tin-and-cardboard shelters of the Displaced, the kidnappings, and the car bombs. Our neighborhood’s weapons were a high steel fence, armed guards, and a row of white, pristine houses that in their sameness, with their crisscrossed white railings imprisoning each window, seemed to be a ward against need.

In fact, my whole family did not fit in in this neighborhood. For us, it was a miracle we could live in Bogotá. We were constantly in debt, and sometimes in default. Come summer, when all our neighbors went south to the balmy city of Melgar to float in pools, ride horses, and eat fondue, we drove north to my grandmother’s house in Cúcuta. Hers was a settlement that did not preoccupy itself with keeping things out or in, even though it existed at the borders of a lush coffee jungle where sometimes the guerrillas and paramilitaries warred for territory.

My family had no money. My father’s family had been displaced by La Violencia, a decade-long civil war between conservatives and liberals, during which their small plot of land was torched and their animals slaughtered. My father grew up brewing his morning coffee in a sock. My mother grew up stealing cows and cabbages at her own mother’s behest so that her eight brothers and sisters could survive. In many ways, my parents were what our gated community wanted to keep out, and I was born at the border of these two things.

I didn’t see my parents or myself anywhere in our home in Bogotá. That’s because it was a house that was pretending to be something else. Its garden columns and wide windows made claims to wealth, but the moment you took a closer look, those pretenses vanished. The houses were all of them narrow and shared their sidewalls, from the bottom floor to the attic, with the neighbors. Our phone lines were crossed, too, so that when you picked up the receiver, you came upon private conversations. Sometimes I hung up, but other times I sat quietly and listened.

Each summer, when we drove to grandmother’s house, we were forced to pass under the rocky overhang that people called the Devil’s Nose. The boulder engulfed our car in its shadow, and I prayed the Devil would not pick up our scent. Then we went on driving using the newspaper as our road map, avoiding towns and areas where recent skirmishes and massacres had taken place.

Grandmother Nona’s home seemed to me celestially beautiful. Each room was built in a different year, materializing when there was enough time and money to make an addition. There were two levels and the whole house had windows in strange places, doors that opened into rickety stairs, and parts of the second floor with no banisters or walls so that you could step right up to the frightful drop to the ground below. Some walls were built out of a latticed array of bricks and the shrill of crickets and the din of mosquitoes washed over the whole house. Nona was everywhere in her house—each brick was molded by the soft curve of her palms. Nona baked her own bricks in a little machine that my grandfather acquired in lieu of payment for his work in ridding one farmer’s house from a curse. My grandfather was a curandero, a folk healer, and Mami’s family often lived off the gratitude of the community. The bricks Nona cooked were made out of clay from the earth and dry grass and water. For a time, when there was still a dirt floor, Nona threw water on the dirt and got on her knees to make circular patterns on the ground, so that the dust did not rise and stayed crisp and pretty in the pattern of her hands.

I picked up the gray rock from Nona’s backyard when I was eight years old. It looked like a common gray rock embedded in the dirt, but when I picked at it with my foot and it turned over, it revealed a sparkling formation of milky quartz. My mother told me it was lucky when you found a rock with quartz, and so I cherished it, nestling it in my palm all the way from Cúcuta to Bogotá, until I could safely put it directly in my purview on the windowsill by my bed. Among all the store-bought things, the rock glinting in the light seemed to me real in a way that all the mass-produced things did not.

In Bogotá, Mami missed being around people like her, and she befriended girls, 14 and 15, who had been displaced. She befriended girls she met at city stoplights and girls who worked in our neighborhood as maids. If they were fired, we employed them, giving them whatever pay we could. Mami got involved in their lives, and I did, too. Mami liked to make coffee in the afternoons to gossip in the kitchen, and I came along. We stirred our cups. I mostly listened. Eventually we paid them visits in their homes. They lived in settlements in random hills in Bogotá, like Nona’s, except the homes in city settlements were fashioned out of discarded things: corrugated tin, broken doors, palette wood, billboards, city signage. How to explain to a child how a home can be built out of even discarded city trash? We sat on rocks under roofs made out of blue tarps, with floral cloths swaying softly over the window opening, a soft blue light falling on everything like we were underwater. I sat, unable to say much, jarred by the stark difference of our homes. I took everything in, observing that these homes felt more lived in than my own.

When my family and I were forced to leave Colombia, there was only a fourth of a suitcase allotted to whatever I wanted to bring. It shouldn’t have surprised me how quickly I reached for the few objects that spoke to me of the home we were so quickly losing, but it did. With great speed and unconscious resolve I collected the only things that truly mattered to me: the small red wooden rectangle I stole as child from my kindergarten’s tangram set, a bottle of blue ink that fits in the palm of my hand and is stoppered with golden wax, and the gray rock from Nona’s backyard. Now, in my home, I bring in rocks and sticks and shells to use them as decoration, just like Nona did. I try to be everywhere in my house. I spread myself wide. And to this day when I vacuum my apartment and the machine leaves a striated pattern on the carpet, I think of the circular patterns Nona made.

Dinosaur Bones Are the New Hot Item at Auction

These 5 Robert Venturi Buildings Will Change Your Mind About Postmodernism