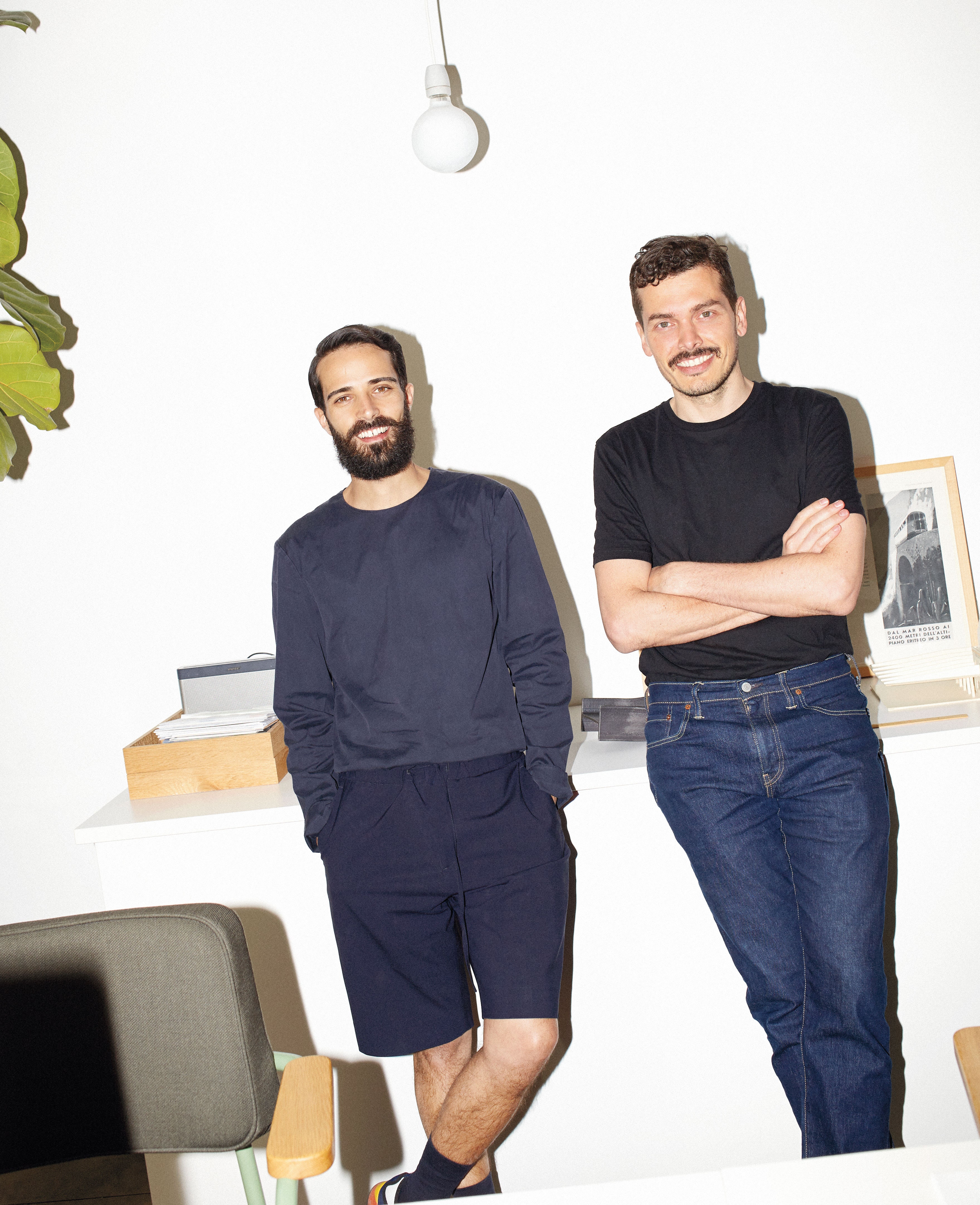 “A smartphone is really hard to recycle,” says Simone Farresin, the 38-year-old cofounder of the Amsterdam-based studio Formafantasma. “Each component is extremely small, difficult to access, and glued in place.” As a result, explains his partner, Andrea Trimarchi, 35, “every time you recycle a phone, you have to grind it up and make new raw materials—it’s so stupid.”

Where others are resigned to waste, Formafantasma sees opportunity to innovate. For the last two years the Italian-born designers have visited facilities around the world in search of ways to rethink the recycling process. Commissioned by Melbourne’s National Gallery of Victoria, their research has given way to a growing collection of objects, titled Ore Streams, which debuted during the museum’s inaugural triennial last December. Among the pieces are a glass cabinet filled with reclaimed computer cases; an aluminum chair trimmed in gold from electronic waste; and a table that incorporates stacks of old smartphones. Next March, additional works and documentary footage will appear as part of an exhibition curated by Paola Antonelli for Milan’s Triennale museum.

Farresin and Trimarchi, who met as undergrads in Florence, have been performing this type of intensive, globe-spanning research since they graduated as a duo from Design Academy Eindhoven (DAE) in 2009. “Design touches economics, politics, sociology,” reflects Farresin. “But the complexity of objects has been largely neglected in mainstream design.”

For their graduation project at DAE, they examined the European refugee crisis through the lens of Sicily’s Testa di Moro vases—popular souvenirs bearing faces of the Moorish people who once conquered the island. Formafantasma’s riffs featured the faces of modern refugees, calling attention to the hypocrisy baked into the island’s centuries-old craft. In 2011 the pair traced the history of plastic back to the 18th century and created vessels inspired by early plant- and animal-derived polymers. And after Sicily’s Mount Etna erupted in 2013, they explored lava—turning excavated hunks into objects of desire.

The duo’s blatant deviation from the mainstream design world has won the attention of some of its titans. In 2017 the designers unveiled lighting with Flos; in April they introduced ceramics with Bitossi; and they will soon reveal a collaboration with Cassina. But even with more mass-market collections a sense of thoughtfulness remains. To complement the 2017 Salone del Mobile debut with Flos, for instance, Formafantasma staged an exhibition across town at Spazio Krizia that revealed the collection’s experimental origins—enigmatic fixtures that played with shadow, light, and color. “We went back to the initial stage of light,” explains Farresin. “It was less about the object and more about light itself.” formafantasma.com

The Best Down Comforter on Amazon Has 628 Five-Star Reviews

Pools That Look Even Better in a Heat Wave