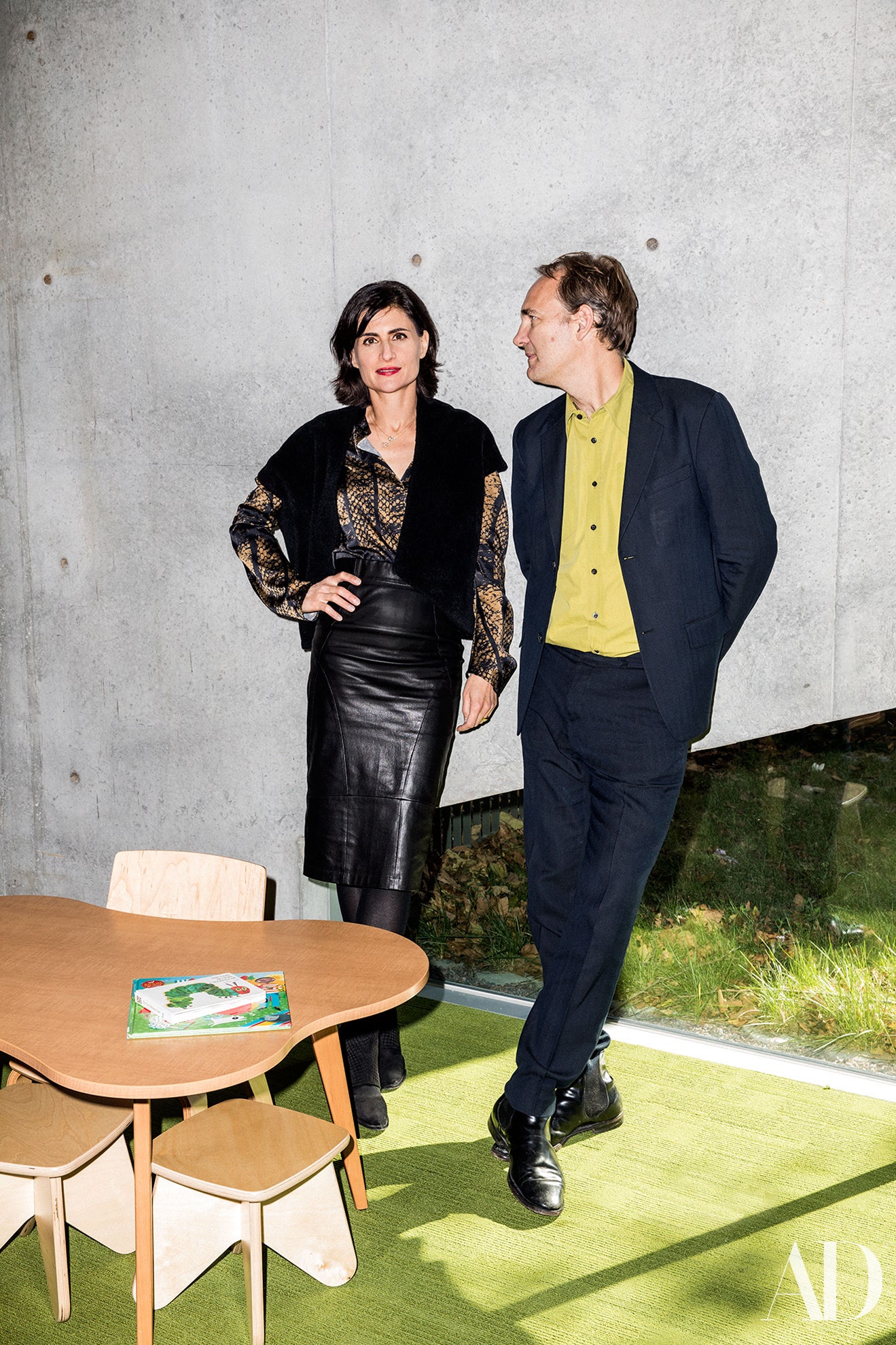 Any student of architecture and design can reel off a list of creative couples who were partners in both work and life. In the 1950s there were Charles and Ray Eames, of course, and Florence and Hans Knoll. Later, plenty of insiders thought that Denise Scott Brown deserved the 1991 Pritzker Prize as much as her husband, Robert Venturi. In more recent years, superstar couples Tod Williams and Billie Tsien, Elizabeth Diller and Ricardo Scofidio, and Robin Standefer and Stephen Alesch have seemingly perfected the art of staying happily married while keeping their top-tier firms humming along. “There’s a very thin boundary between life and architecture because you can look at almost everything through the lens of architecture,” says Amale Andraos, who cofounded the New York architecture firm Work AC with her husband, Dan Wood. “Doing that together creates a very strong bond.” AD PRO asked four designing couples about their work habits, desk setups, and home life—and their best advice for other couples considering a professional partnership.

How they met: They were both working for Rem Koolhaas’s OMA in Rotterdam in 1998.

Professional dynamic: “We work on every project together but we’re not glued to each other,” says Andraos, who is also dean of Columbia University’s School of Architecture. “We design together in the form of a conversation, constantly sketching on top of each other’s sketches.” Adds Wood, “We push each other. Our motto is that we never agree to disagree. If we disagree, that means it’s not good enough and we have to find another, better solution.” Because Andraos isn’t in the office as often as Wood, he handles more of the business aspects of Work AC. “I do more of the proposals and the numbers,” says Wood. Andraos, meanwhile, does more of the managing of staff. “She’s good at that,” says her husband.

Office seating: Andraos has a separate office at Columbia, but at their Lower East Side office they sit side by side at a single long desk.

Home life: “We don’t have set rules about when we work or don’t work,” says Wood. “Sundays when we’re at our house on Rhode Island can be a nice time to get some things done. But our kids [ages eight and five] get annoyed when we talk about architecture, so they are a natural check on us,” he says.

Words of wisdom: “If you’re thinking of working with your significant other, start by doing a single project together, like a competition,” says Andraos. “You’ll know pretty quickly if your partnership is going to work.”

How they met: Hill was a student at the Art Institute of Charleston when Mitchell hired him to work at his firm in 2011.

Professional dynamic: “Tyler always makes it sound like I’m the one who balances the checkbook while he’s the creative one!” says Mitchell with a laugh. In fact, the two share the firm’s interior design projects equally, while dividing their other responsibilities: Hill designs the lighting and furniture, while Mitchell oversees their staff and the retail shop. When it comes to aesthetics, they have a shared love of a traditional-modern mix; however, Hill leans toward glass, mirror, and metals, while Mitchell calls himself “a fabric man” with a passion for for textiles, carpets, and wallpaper.

Personal dynamic: “Michael is quicker in making decisions,” says Hill. “I take longer.” And they keep different hours. “Michael’s a morning person, but I’m a night owl,” says Hill. “It’s late nights when I lock myself away to focus on product design.”

Home life: ”We get a lot of work done in the morning over coffee. We try not to talk about business at night unless it’s an emergency,” says Mitchell. “And we don’t talk about work on Sunday.”

Words of wisdom: “As men of our generation, we were taught we were supposed to be in charge. But of course nobody can be in charge all the time, whether at home or work. We’ve learned to have humility about our strengths and weaknesses,” says Mitchell.

Jean and Oliver Pelle of Pelle

How they met: As graduate students at Yale School of Architecture; they started dating in 2006.

Professional dynamic: The couple admits that for the first year and a half after Oliver came on full-time (Jean started the firm solo in 2008), “it was tricky,” says Oliver. “We are both very strong-minded and strong-willed.” But they’ve since developed a way of collaborating that’s worked for them. “I think of it as a ‘layering’ approach,” says Jean. “We work on the same projects together at the same time, layering one thought on top of the other. It’s a very fun and interesting way to go about the process of designing.” Aesthetically, Jean leans toward organic, sculptural forms while Oliver is more architectural in his designs, tending toward pure, clean lines. “But because we have the same value system, we’re usually on the same page.”

Personal dynamic: “I’m a little more macro, and Oliver is a little more micro,” says Jean. As Oliver puts it, “It sounds a little cliché, but Jean is good at multitasking while I like to do one thing at a time.”

Office seating: They sit facing each other at two adjoining desks.

Home life: “We talk about work all the time—it’s unavoidable,” says Jean. “But we don’t actually work at home because we have two little girls [ages eight and four] and they keep us very occupied!”

Words of wisdom: “The work we do is quite intense and if we didn’t work together, we would probably never see each other,” says Oliver. “So being together 24/7 has actually strengthened our relationship.”

Founded their firm: Ryan started the firm with other makers (who’ve since left) in 2012; Lanette joined in 2014.

Partnership dynamic: Ryan, who studied design technology at Parsons School of Design and learned jewelry design from his father, focuses on design; Lanette, who has a background in video production, handles operations management and contributes creative direction.

Personal dynamic: “I’m a Virgo,” says Lanette. “I love organizing and structure.” Ryan, meanwhile credits his wife for her critical eye. “I’ll present something to Lanette and she’ll know instantly whether something should be a hook versus a loop, or a curved edge versus a straight one.”

Home life: “We talk about work all the time. We’re always plugged into the business in some sense,” says Ryan. They also have a two-year-old son and are currently renovating a 1958 house together.