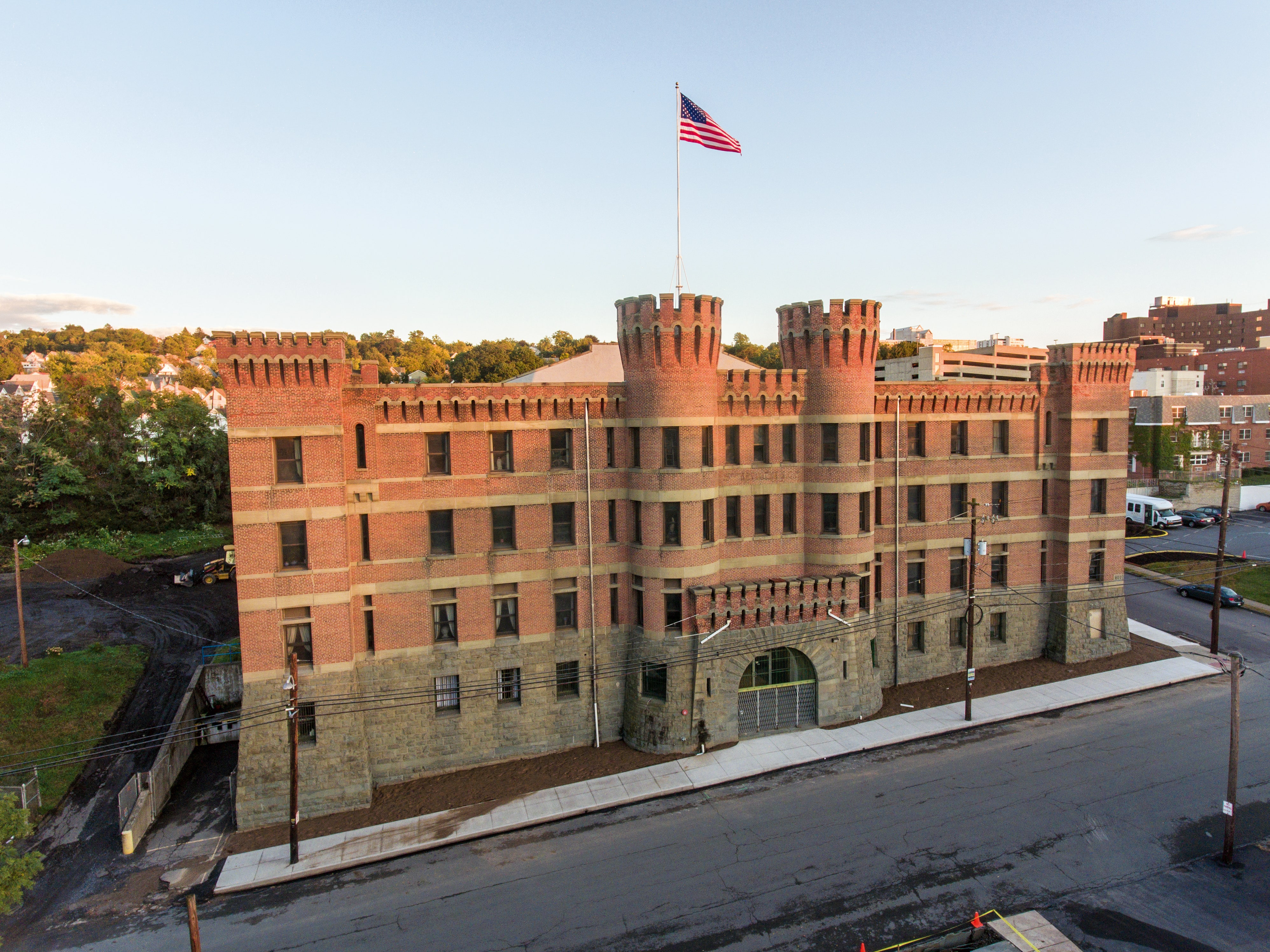 In unassuming Scranton, Pennsylvania, a coal-mining town likely more famous for being the setting of The Office than much else, stands a small castle. The turreted building is actually the Colonel Louis Watres Armory, which served as the home of the Pennsylvania National Guard Brigade from 1900, when it was built, to 2011, when the guard moved into a new building to keep up with the demands of the modern day (read: Wi-Fi). The hulking, 102,000-square-foot structure sat vacant for a few years, and the state of Pennsylvania decided to sell it, a potential wrecking ball looming, pending a buyer.

At the same time, artist Hunt Slonem, whose Neo-Expressionist paintings hang at The Metropolitan Museum of Art, the Guggenheim, and the Whitney, among other museums, was being evicted from his studio on 34th Street and 10th Avenue in New York. The building was slated for demolition to make way for the shiny new Hudson Yards complex. By studio, we don’t mean a typical Manhattan shoebox, but thousands of square feet of space housing not only his painting facilities but also a trove of rolled up canvases from decades of work, collections of 19th-century furniture neatly arranged in vignettes, hundreds (if not thousands) of odds and ends like old busts and sculpturally stacked top hats, and a menagerie of tropical birds. “I’m such an accumulator of stuff,” Slonem tells AD. He’s an accumulator of properties, too, with seven historic buildings as part of his portfolio, each filled with part of his collection.

As luck would have it, a neighbor brought to Slonem’s attention the availability of the Watres Armory just as the artist was seeking a new space. Within weeks in 2015, Slonem became the newest tenant in Scranton—a renter, for now—and he sent about 500 truckloads of his precious collection across state lines. It was the largest project he had ever tackled by twofold, yet within a few years, he had completely renovated and decorated the space. “I must have gone into some supernatural state to achieve all this so quickly,” he notes. (It’s fitting, as Slonem tells us paranormal investigations at the armory have revealed some otherworldly guests, much to his delight.)

The armory was sitting in a rather good state when Slonem moved in, and only light cosmetic renovations needed to be completed, such as raising the ceilings and redoing some of the linoleum floors. “I’ve tried to leave traces of as much of the early parts of the building as I could,” he says. “I like to incorporate patinas of age that take hundreds of years to create.” The building certainly has a history worth preserving—five presidents spoke there (including Teddy Roosevelt and John F. Kennedy), pianist Sergei Rachmaninoff performed in the hall, and a time capsule from 1877 was discovered within its walls during the renovations.

But in typical Slonem fashion that’s been dubbed “collectorating,” he’s also decorated the entire space with bright colors and unusual wall treatments, hung countless numbers of his paintings, and arranged his collections of antique furniture and other goods. The result is documented in the new book Gatekeeper: World of Folly ($85, Assouline), which brings readers inside the massive space.

Though Slonem doesn’t actually paint at the armory—he does that at his Brooklyn studio—he sees the armory as a personal museum, not just for his paintings but also for his collections. “I had 30 years of rolled-up paintings that I’ve re-stretched and had restored, and I got a look at my whole life’s work for the first time in a 100 million years,” Slonem says. “I revisited my whole development as an artist. From that perspective, I’d say the armory is about looking backward and reevaluations.”

Here, we peek inside the pages of Gatekeeper: World of Folly to tour Slonem’s grand armory.

Renovation Realities: Every Emotion You’ll Experience During Your First Remodel