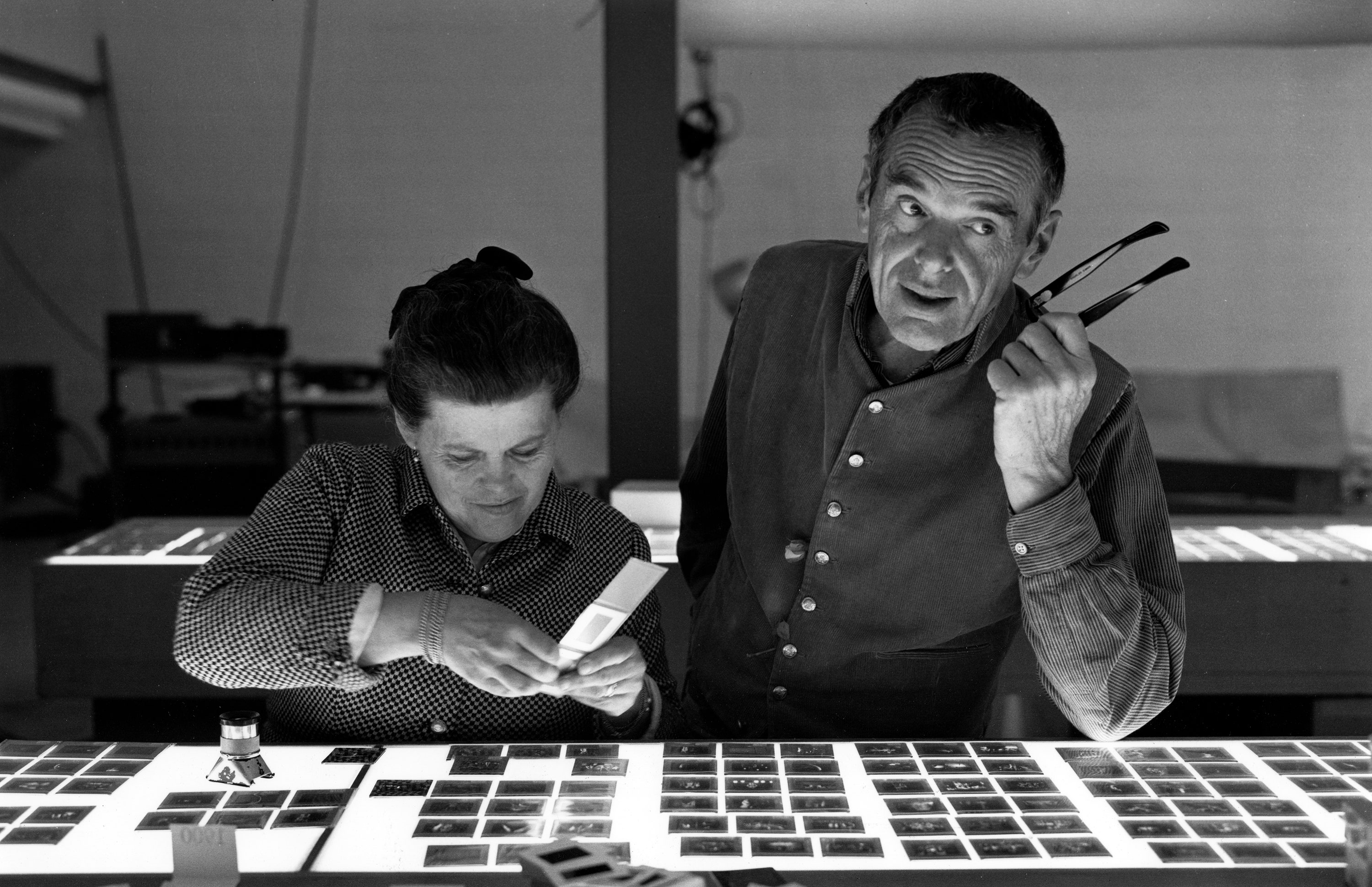 One way they do that is through museum shows, like “The World of Charles and Ray Eames,” which is currently on display at the Henry Ford Museum of Innovation, through Labor Day. Another is through the Eames Office, which collaborates with the two manufacturers of Eames products—Herman Miller and Vitra—to produce Eames products as well, as with the Eames Foundation to preserve the national historic landmark of the Eames House in the Pacific Palisades.

AD PRO caught up with Eames Demetrios, who serves as director of the Eames Office, about the exhibit, the Eames legacy, and his design-inspired life in Mar Vista, California. (Chances are he wouldn’t like that knock-off Eames chair you’re sitting on.)

AD PRO: How did the exhibit at the Henry Ford come together?

Eames Demetrios: The goal of the Eames Office, which is a family business, is to extend Charles and Ray’s work. There’s a show every 20 years or so, featuring all the important objects but from a standpoint of the current context. The show at the Henry Ford is a traveling show that started at the Barbican Gallery in London three years ago, and then it went to Belgium, Sweden, and Portugal, as well as a stop outside Basel, Switzerland. So it’s been fascinating to see it in those iterations. After the Henry Ford, it will go to the Oakland Museum of California in the late fall.

AD PRO: What do you like about the exhibit at the Henry Ford in particular?

Demetrios: The Henry Ford was a museum whose collecting strategy was fascinating to Charles and Ray. They were interested in trial and error, and in optimism and problem solving and bringing good things into the world. You walk into this exhibit and it has a pretty spectacular context within the Ford’s own collection. It just really feels at home.

AD PRO: Were you always interested in your grandparents’ work?

Demetrios: Charles and Ray were not famous [when I was growing up] in the way they are today. In the 1970s or 1980s, if you had said that there would ever be such a thing as a rock star designer or architect, most people wouldn’t have believed you. My own experience was not having famous grandparents but having interesting and compelling grandparents. When I was in college, a professor put an image of the Eames House up in front of the class. I was shocked. I said, “That’s my grandparents’ house.” I’m not saying I didn’t know the Eames House was incredible, but I didn’t know it was on other people’s radar. I didn’t know it had architectural significance.

AD PRO: Was there a turning point for you?

Demetrios: I think I’m lucky that I didn’t feel like [my grandparents’ legacy] was hanging over my head my whole childhood. I never struggled with the question, Do I enter the family business? But right after Ray died, I decided I wanted to document the Eames Office. I made a documentary. I realized if we didn’t take care of the legacy in a certain way, things we cared about would go away.

AD PRO: Do you lead a very design-y life?

Demetrios: Your childhood experiences are formative, and I’ve gotten to know their ideas very deeply. One of my goals is to be part of people seeing a broader version of what “design-y” means. Charles and Ray believed things should be beautiful but those things also needed to work, to function. In my house, there’s definitely Eames furniture but there’s also different kinds of furniture. I don’t live in the white box condo that you can find in some magazines. My personal office is a prefab hangar.

AD PRO: What’s most inspiring to you about your grandparents?

Demetrios: They played with things. They teased at them. Their early films were about soap bubbles on a playground. What I learned from them is if you think you have a good idea, you play with it, you work on it. You take an idea and move it forward the best you can.

AD PRO: Do you sit on an Eames chair when you work?

Demetrios: Yes, I do. I’m usually sitting on an Eames Aluminum Group chair with mesh. I find that very comfortable.

All You Need to Add a Stair Runner Is a Rug and a Staple...