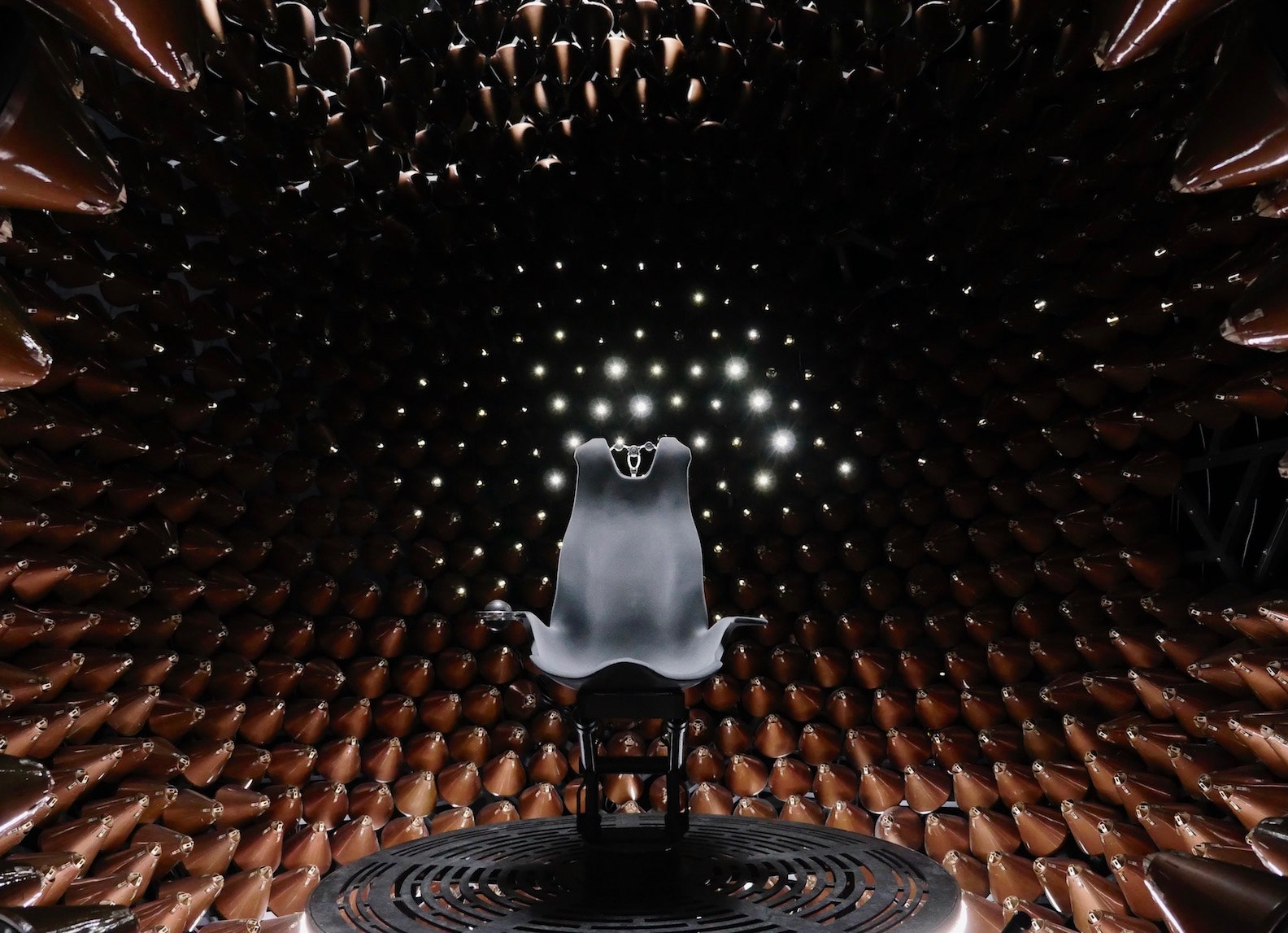 Before George R.R. Martin conjured up Westeros and Jon Snow, the Game of Thrones creator was exploring the outer reaches of the universe. Martin’s early work—a mix of horror and sci-fi—took place in a universe known as the Thousand Worlds, and now fans will get to see the futuristic setting come to life in an adaptation of his 1980 novella Nightflyers. The SYFY series, which will debut with 10 episodes this fall, follows a group of scientists and a telepath who join an expedition on the Nightflyer in search of an alien race. As the journey progresses, they discover a malevolent force aboard the ship and the mission quickly turns to their own survival. For some, the story may ring a bell: There was a 1987 film adaptation of the same name, but the SYFY series will be a much broader expansion of the plotline.

Martin is credited as an executive producer, and has written enthusiastically about the project on his LiveJournal, praising everything from the pilot script to the casting. It’s clear he is thus far happy with the show's progress, and feels his story is safe in the hands of fellow executive producer Jeff Buhler, who adapted the story for television. To create the ship at the center of the series, Buhler and director Mike Cahill brought in production designer David Sandefur, who came up with a vessel that was grounded in reality but who also took future technology into consideration.

Many futuristic sets are designed to look cutting-edge, but Sandefur took a different approach, asking how the Nightflyer would actually be built today. “It's important for me, because I come from an architectural and engineering background, to understand the ship,” Sandefur says. Sandefur looked to the script to figure out the physical requirements of the ship, which uses two types of gravity. Part of the ship would incorporate artificial gravity, while another would have centrifugal gravity, which was used in 2001: A Space Odyssey, and involves a circular structure that rotates to simulate gravity. “Unlike any other show that I've ever watched where gravity is never really talked about—it just exists—in this show, gravity is an integral part of the story in terms of the ship manipulating the crew on board through the control of gravity and the chaos that ensues as a result of that.”

Sandefur also wanted to make the spacecraft look like it had been constructed over time. “The ship was built over the course of decades, so it started out as something smaller and simpler and with older technology,” he says. “Over the course of decades, the ship was added onto.” He drew inspiration from military vessels to create the industrial and utilitarian aesthetic of many of the spaces. “To me, it was like an aircraft carrier in space, so I drew a lot of inspiration from how carriers are designed and brought that into it,” he says.

At the center of the ship is a stack of five modular levels, which house the laboratories, mess hall, and crew quarters. Sandefur gave these spaces the same basic look and then customized the details of the interior to fit the function of the area. “They're meant to be components that were built on Earth and brought into orbit, and then they can be attached to the ship,” he explained. “They can be replaced when needed over the course of decades as technology changes or as equipment starts to get old and doesn't function.”

For the bridge, the designer wanted to create a space that felt confined, with a somewhat of a military aesthetic. “I was inspired a bit by the inside of an M1 Abrams tank,” he says. Rather than have the bridge's large windows look out onto a sea of black, Sandefur arranged the ship so the bridge would overlook the outer ring, a rotating circular structure with habitat pods attached.

The majority of the ship has an industrial color palette, but Sandefur wanted to incorporate warmer elements accents in certain areas, including the cargo bay and transport system. “Copper became the theme that is threaded throughout different parts of the ship,” he says.

Sandefur’s favorite set is the memory playback suite, where characters experience memories in a virtual environment. The space, which the designer compares to the center of a sunflower or a fly’s eye, is perfectly cylindrical and filled with 2,000 cones with emitters on their tips. “Those emitters don't transfer images to you,” he explains, “They transfer data that goes into your retina, and your brain actually registers the information just like when you're looking at the world around you right now.”

The memory playback suite is also an example of how the ship is able to take on a life of its own throughout the series. “The only way you can escape it is to close your eyes, but the second you open your eyes again, it's constantly tracking you,” says Sandefur. “It’s an example of where the entity of the ship could manipulate something like this for good and for evil.”

Related: Inside the Croatian Hotel Where the Game of Thrones Cast Stayed While Filming the Final Season

Chef Derrick Fox to cook up a storm in THOR Kitchen booth at KBIS...