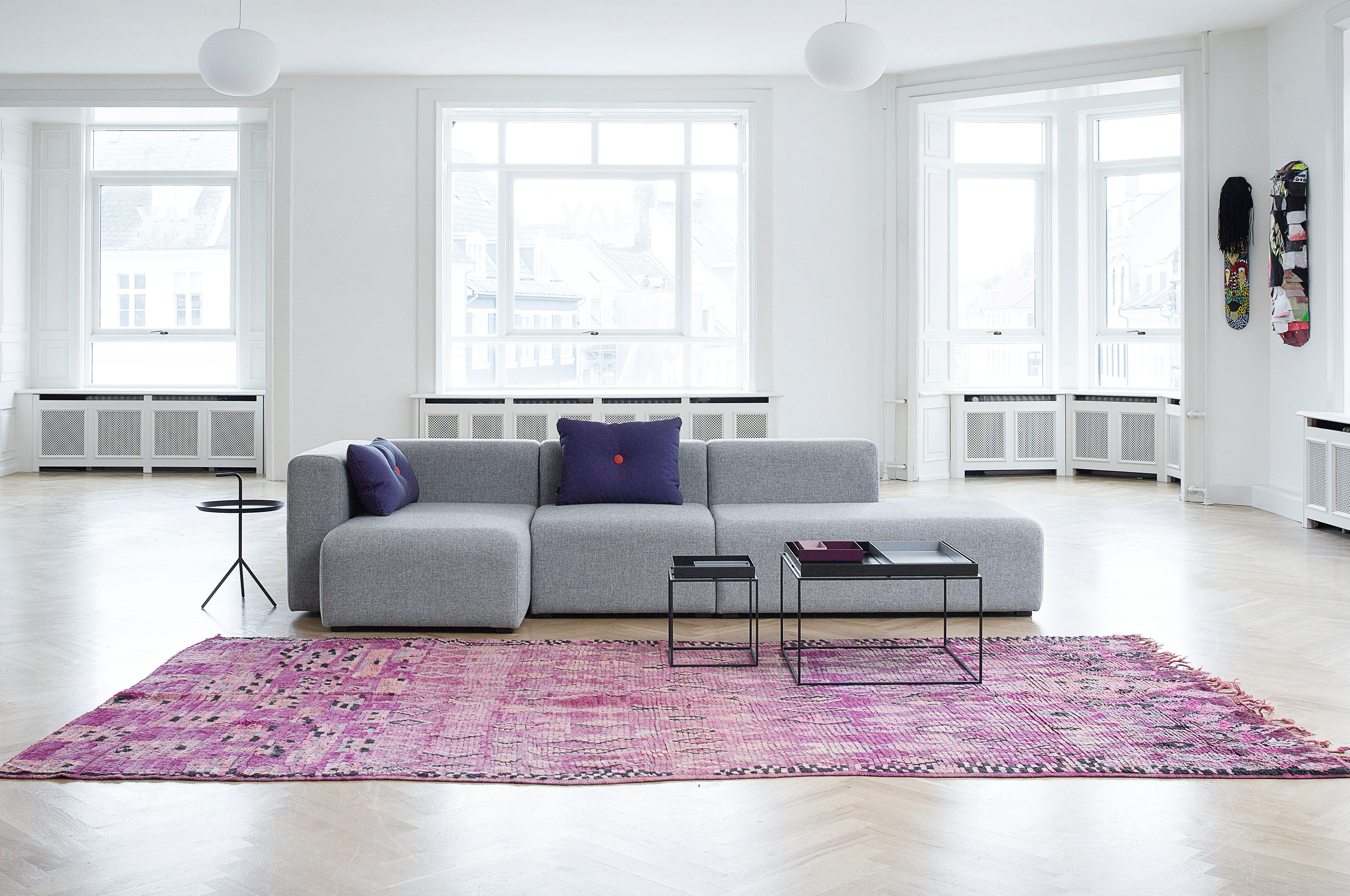 It's the perfect union: Herman Miller has just acquired a 33 percent interest in the wildly popular Danish furniture brand, Hay, for $66 million. They also secured the rights to the Hay brand in North America for $5 million, and have an option to increase their ownership stake in the future. Over the course of the next year, Herman Miller will open four Hay stores in North America, make their products available through Herman Miller's Design Within Reach line, and become integrated with Herman Miller's dealers in North America and around the world. But perhaps most importantly: They will launch an online store for Hay, which currently only offers the option to find dealers nearby.

The Danish furniture company, founded by Troels Holch Povlsen and Rolf and Mette Hay in 2002, has continued to expand their offerings and create quite a buzz. Just last year, they launched a joint product line with IKEA and made a move into the kitchen with Hay Kitchen Market, offering a mix of tabletop, glassware, and flatware, with many pieces exclusive to the MoMA Design Store. They've proven themselves as a go-to source for affordable, expertly designed pieces that are unique and exciting, and have amassed a cultlike following.

It's a smart move for Herman Miller, which offers a mix of office and home furniture, to acquire a brand whose products are thoughtfully made and focused on living well. “With more workplaces and commercial spaces adopting a residential feel, the opportunity to offer quality designs at an attainable price point is only expanding," said Herman Miller CEO Brian Walker in a press statement. "The Hay assortment will significantly expand our offer to a younger, more urban demographic that we have targeted for expansion.” Not only will Hay's pieces be available for office spaces, but they also will be added to Herman Miller's existing catalogue of products available to the home, contract, and hospitality markets. It's a move similar to last year's partnerships between Steelcase, FLOS, and Mitchell Gold + Bob Williams, which brought stylish lighting and furniture to the workplace. Much like that partnership, this acquisition combines Herman Miller's legacy, network, and infrastructure with Hay's contemporary approach to living, and helps bring Herman Miller into the modern world.

Every member of the current executive team at Hay will stay on board under CEO Henrik Steensgaard, who will now report to a board of directors that is chaired by Troels Holch Povlsen. Both Rolf and Mette Hay will also remain in their current creative and leadership roles. “On a personal level, Herman Miller and the work of Charles and Ray Eames are big reasons I do what I do today," said Rolf Hay. "And I am excited to align with a company that shares our sense of purpose and values."