Home News How Did Six Willem de Kooning Paintings End Up Forgotten in a... 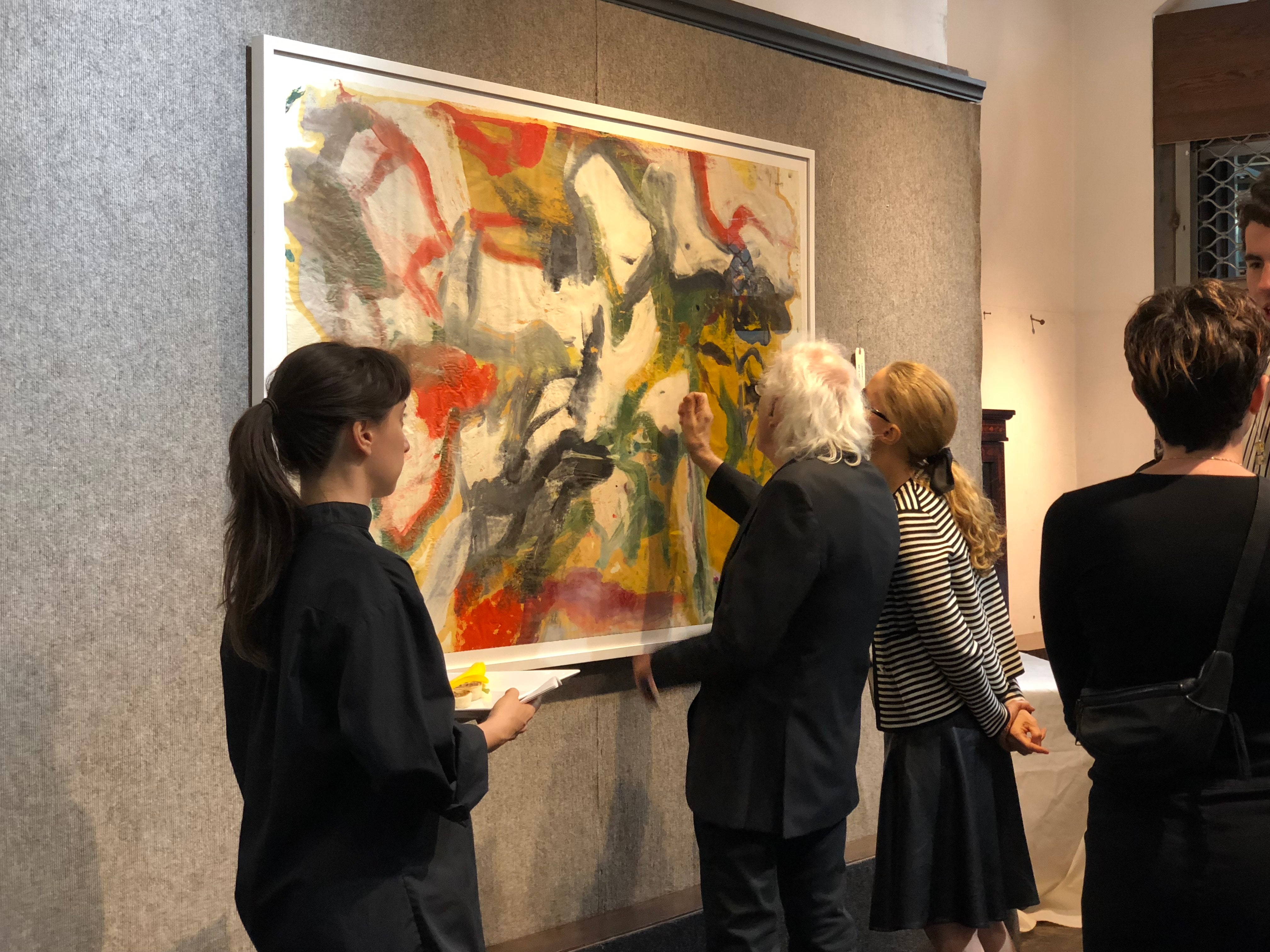 When David Killen, a New York gallerist and auctioneer, got a cold call in 2016 from a schoolteacher offering to sell him a storage unit filled with art, he almost turned it down. A large auction house had already passed on it, and the contents seemed mostly unremarkable. A will executor had tried and failed to return the works to their original owners, and after no such luck, offered the contents to auctioneers. It was likely filled with junk, Killen thought, but at least the works could be used as filler lots for his biweekly auctions, so he offered $15,000 for the contents of the unit and didn't think much of it. But then, as he was loading the boxes into his truck, the impossible happened. Something so unbelievably rare, and truly life-changing, that would make for a riveting episode of Storage Wars: he stumbled upon six paintings by the Dutch Abstract Expressionist artist Willem de Kooning.

It was a sheer amount of dumb luck to come across the works, though it wasn't entirely surprising. The storage unit had once belonged to mega-restorer Orrin Riley, who founded the conservation department at the Guggenheim Museum before setting up his own practice. When he died in 1986, he left everything to his wife, Susanne Schnitzer, including all of the works he had been restoring. When Schnitzer died in 2009, a group of her friends tried to return the paintings but were left with 200 or so still unclaimed. They consulted the New Jersey Attorney General's office, who advised the group that since no one had come forward to claim ownership, they were free to do what they pleased with the paintings—including sell them. But with no ties to the art world, and no real interest in keeping the paintings, they called up a couple of auction houses in the area to propose a sale, eventually striking a deal with Killen. As the gallerist loaded the works into the back of his truck, he noticed that there was a box labeled "de Kooning pulloffs," which contained six paintings of various sizes, all unsigned. “What are the odds of finding a de Kooning in a storage unit?" Killen says to AD. “It’s unheard of!” (Though last summer, a stolen de Kooning was found hanging inconspicuously in an elderly couple's bedroom in New Mexico).

Intrigued, though skeptical, he contacted an art conservator based in East Hampton, New York, named Lawrence Castagna to examine and restore the paintings, which were slightly damaged—the reason Killen believes the initial auction house passed on them. He contacted Castagna for a couple of important reasons; first, for his talent as a conservationist, but also because he was employed as a studio assistant for de Kooning and his wife, Elaine, before working for Orrin Riley. "It was a magical combination for me, finding Lawrence," Killen tells AD. "He walked into the gallery and took one look. And it was his look, the look in his eyes that told me they were real," Killen recalls. "His eyes start to tremble with excitement, and he started to stammer and shake; he was in awe."

"It’s basically a gut feeling, because you’ve seen so many paintings that a red flag would be thrown out in your brain if you see something that’s unusual," Castagna says to AD. "I know his work pretty well, and can pretty much pinpoint certain things. If it's not scraped enough, not frenetic enough. You come to have this knowledge and understanding of the way the paint was applied, the type of paper, the oil bleed." Castagna says he can confidently place each work into other series that de Kooning did; the three larger works were made in the ’70s, while a smaller work was done in the late ’60s. Two are newsprint paintings, which were initially just single pages from The New York Times that he would run his brushes over at the end of the evening. "Elaine told me that he was so frugal that he didn't want to waste the paint. Years later, or even at the time, he would give them to friends, which is how they got out in the world," said Castagna.

Though Castagna possesses the knowledge and expertise necessary to identify a work by de Kooning, he points out that he is not an official authenticator, as other media have falsely reported. The artist does not have a catalogue raisonné, or a complete list of authentic works known to exist that is agreed upon by scholars, which makes an official declaration impossible, coupled with the fact that the de Kooning Foundation, like most other artist foundations, refuses to authenticate works for fear of being sued. But the official stamp of the Foundation doesn't matter much to Killen; there has been little to no question as to who had made the works. While restoring the paintings, Castagna found some fingerprints and a thread of human hair, which could be used for a DNA test. Killen hasn't thought much about that route, though. He doesn't feel he needs that kind of evidence when he puts the works up for auction this fall. "I don’t think anybody disputes they’re real. So far no one has. I’m going to let the quality of the artwork speak for itself."

Milgard Helps Exceed Remove Barriers to Employment for Adults with…