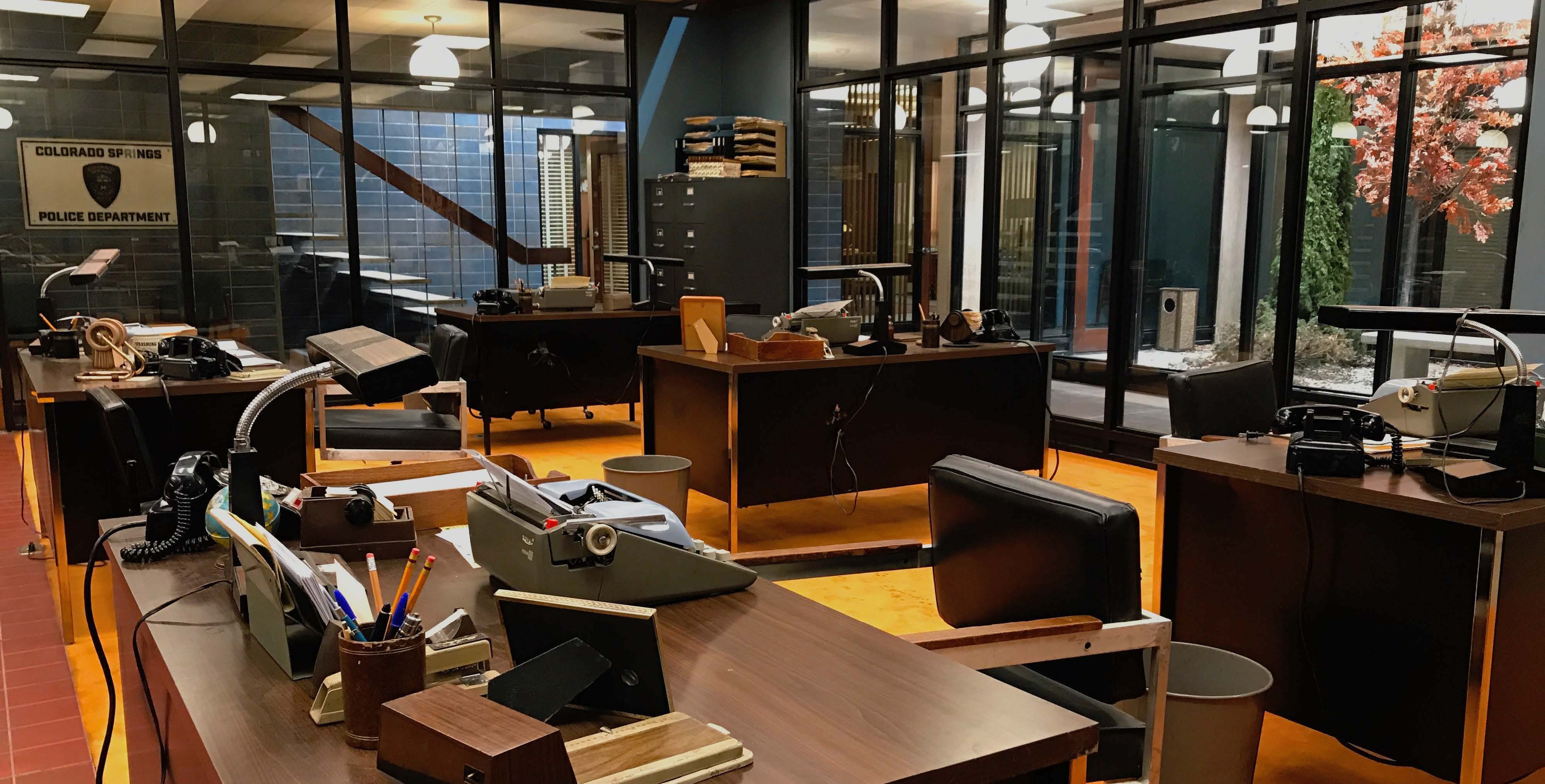 For BlacKkKlansman, Spike Lee's latest film, about Ron Stallworth (played by John David Washington)—an African-American detective in the Colorado Springs, Colorado, police department in the 1970s who infiltrated the Ku Klux Klan through a series of bizarre and true events—production designer Curt Beech created three distinct worlds: the police precinct, which was the setting for approximately 20 pages of the 110-page script; Stallworth's apartment; and the home of local Ku Klux Klan member Felix Kendrickson (Jasper Pääkkönen). The latter can almost be viewed as two separate worlds, as the house's upstairs is the daily residence of husband-and-wife, while the basement is the menacing dwelling of Klan members at work.

After Beech and the location manager, Tim Stacker, settled on Ossining, New York, to sub in for Colorado Springs, Beech got to work on his next challenge: finding the police precinct. "Precincts in New York are hard to find, because there are so many cop shows that are shot in New York," he explains. "So we needed to build it on a stage." Custom building, although usually pricier, is a better way to check more boxes on a list of criteria, and as the precinct, where both Stallworth and fellow detective Flip Zimmerman (Adam Driver) work, is a big part of the movie, it was important to get it right.

While the film is set in the early 1970s, Beech didn't necessarily want each set to reflect the exact same timeframe. For instance, "the police environment is in need of a facelift," Beech explains, adding that he feels it's more reflective of the 1960s. "It's getting old; it's stained and scratched. We built the precinct very clean, and then spent a lot of time knocking it down, and making it feel much more lived in." Stallworth, who is initially depicted as a modern man, lives in a place that reflects that style—expect to see bold, clashing patterns and lush carpeting in his home. And when he goes to work at the precinct, Beech explains, "literally, Ron is entering a physical world that's more stained." Lee introduces the audience to the young African-American detective, as he's being interviewed to be the "Jackie Robinson" of the local force. "Ron is the enlightened man in an ignorant world, so his environment is hipper, cooler, and smarter. It shows his integrity and sense of purpose, and how he is connected to the present and future," explains Beech.

Klansman Felix Kendrickson's home is equally reflective of his character. "Felix, by contrast, is the ignorant man in a progressive world. He's stagnant and frozen by the past, and he can't move beyond that. He's looking backwards," explains Beech. "I sort of imagined that it's not his and his wife's house; it's their parents' house, they are living physically in the past even, so it feels dated. It's definitely not as cool and hip as Ron's." To get this point across, "the textures and colors, and wallpaper choices lean towards the ’50s, and it feels stale."

Still, he wanted the Kendrickson house to be "nice." Beech explains: "It's not a bad place to live. That was another important thing for me: not to show these people as rednecks. But the things going in the basement are not normal." Below the surface—rather quite literally—is evil at work. "There's a mimeograph machine down there, there's a telephone, there's a desk," says Beech. "They were working down there. They would have had a couple of servers down there if it was modern times. And there's the point we were trying to make with his environment."

As a whole, Beech, who worked with Lee on She's Gotta Have It, says "the key word for me is authenticity." This includes a focus on the minutiae, "down to when the mail on the table is period-correct, and when the papers on the table have the right label on them." Beech says this helps the actors focus on their characters, but there's an additional reason that Beech pays such close attention to detail: He's learned from working with Lee in the past that anything can end up in the shot. As Lee improvises, the background decor can end up in the foreground: "There were a couple of places I never intended for him to shoot; it was just intended to be background. But of course, he shot some big scenes, so I know better than to not finish something."

This means that the lighting is period-appropriate, and even the ceilings. How they may potentially appear onscreen was taken into consideration. In fact, Beech says the ceiling and lighting in the precinct was one of the more expensive undertakings for the film. "I think the audience should look up!" Beech laughs. "They won't, and they shouldn't; but we did spend a lot of money making sure it's correct."

Eco-Luxe Treehouses You Will Want to Stay In