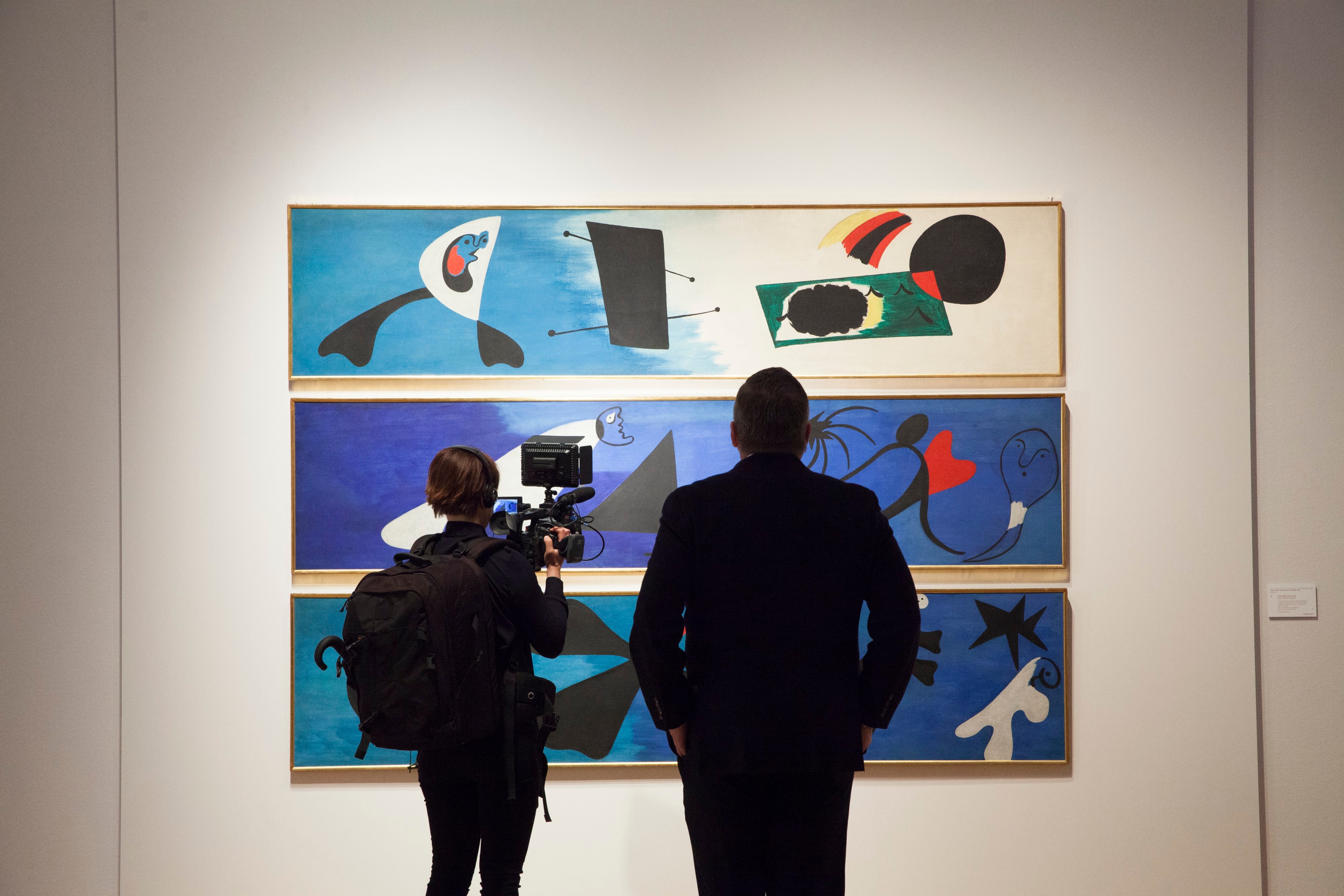 With more than 1,500 items of art, furniture, porcelain, lighting, and décor, the Collection of Peggy and David Rockefeller auction at Christie's in New York is no small affair. The gargantuan sale kicks off later today with an evening auction of 19th and 20th century art, and will continue through May 10th with other sales broken down into categories including art of the Americas; travel and Americana; and a two-part sale of English and European furniture, ceramics, and decoration. A special online auction, running May 1–11, features personal mementos, porcelain sculptures, dinnerware, and more.

The sale of the collection has understandably drawn considerable interest and attention for several reasons. The Rockefeller family is, after all, perhaps the closest example of an American dynasty, and has made a profound impact on a wide range of industries from oil and banking to property development, politics, and philanthropy. But given the impressive size and scope of their collection—which Christie's estimates to be worth around $500 million (though whispers say it may be much higher)—the real buzz centers around estimates that these sales will collectively fetch upwards of $1 billion, setting a handful of new auction records. Should the sale total reach $1 billion, it would be both the first estate and art auction to ever do so; the closest contender was the 2009 estate sale of the late fashion designer Yves Saint Laurent's art collection, which commanded $484 million. “You can’t calculate it,” Jonathan Rendell, Christie’s deputy chairman, told Bloomberg. “The Rockefellers are almost American royalty.”

Select lots are also poised to break records for individual artists, including a tableau titled Odalisque couchée aux magnolias, painted by Henri Matisse in 1927 in Nice, France. Heralded as "one of the greatest Matisse paintings to ever come to the market" by Christie's global president, Jussi Pylkkänen, the work features Matisse's favorite model, Henriette Darricarrère, depicted with balance and proportion, and a vibrant color palette. For years, Odalisque hung in the living room of the family's Hudson Pines estate, and is estimated at $70 million, which would break the artist's previous record of $41 million. Other highlights of the sale include works by Picasso, Monet, and Singer Sargent, an imperial gilt-bronze figure of Amitayus from the Kangxi period, a set of ten George III mahogany dining chairs circa 1760, and more.

The collection is comprised of pieces collected throughout David and Peggy's lifetime, as well as items they inherited from previous generations. David's mother, Abby Aldrich Rockefeller, a cofounder of New York's Museum of Modern Art, began the collection, and passed on her love of both art and giving back. In that spirit, all of the proceeds from the auction will be given to 11 different philanthropies chosen by the family, including the Maine Coast Heritage Trust, Harvard University, MoMA, and the Council on Foreign Relations. "Eventually," remarked David Rockefeller in 1992, "all these objects which have brought so much pleasure to Peggy and me will go out into the world and will again be available to other caretakers who, hopefully, will derive the same satisfaction and joy from them as we have over these past several decades."