Home News If You Like Airstreams, You’ll Love the Ecocapsule 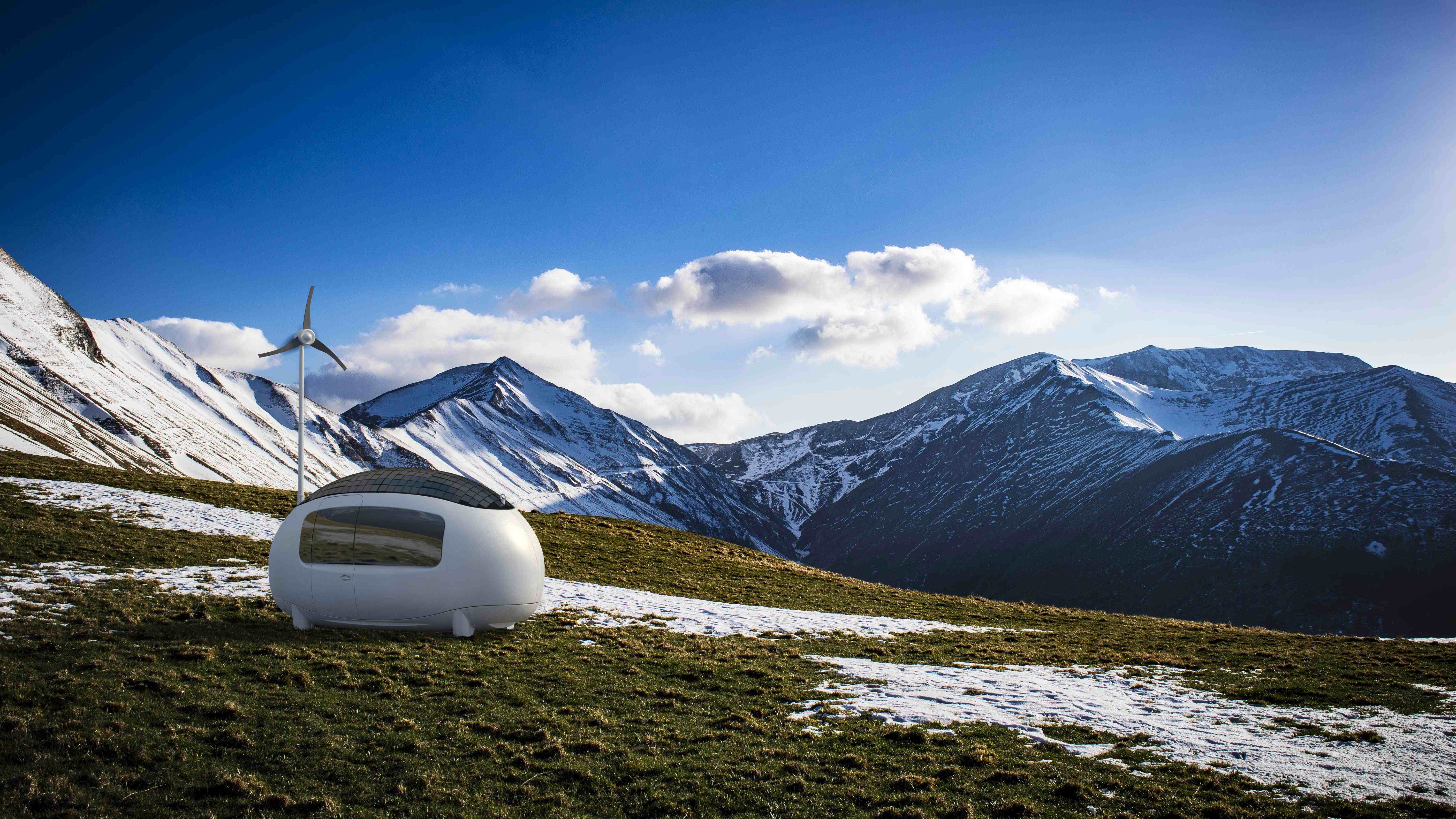 While we've all been dreaming of buying a Nest by Airstream, a company in Slovakia has been designing a whole new take on the travel trailer: the Ecocapsule. After years of development—the first prototype, by Nice Architects, debuted at the Andes Sprout Society Idea Competition in 2009—the first 50 Ecocapsules are finally shipping out to customers this year. And from what we can tell, this innovative RV is going to give the Airstream a run for its money.

First of all, its unencumbered, egg-like shape and minimalist interior makes it hands down the trendiest RV we've ever encountered. There's no losing out on function for such a beautiful form, either: The 88-square-foot Ecocapsule comfortably fits two and comes with a kitchen, a bathroom with a shower, and a lounge/work space that turns into a bed at night, plus everything's connected to a smart home system. Ultimately, the Ecocapsule team doesn't see it as a travel trailer at all. "Ecocapsule has been designed as a house. A tiny, mobile house, but a house nevertheless," says Matej Gyárfáš, Ecocapsule's creative communication director.

Here's the kicker: This mobile house is completely self-sufficient. While most RVs need to be plugged in to be fully functional, the Ecocapsule operates totally off the grid. Solar panels and a small wind turbine provide electricity, while the Ecocapsule's oval shape helps it collect rainwater, which it can then filter. The Ecocapsule's walls are also especially thick—7.8 inches—to give it the solid feeling of a home and to make it usable in temperatures as low as 14 degrees Fahrenheit and as high as 104 degrees Fahrenheit. You could park this thing in the middle of nowhere in the dead of winter without another thought. (FYI, it's easily towed by car.)

Those first 50 Ecocapsules were on the pricey side at just under $94,000, (a Nest runs for only $45,900), but Matej tells us there's a good reason for this. "We are producing them piece by piece—hence the exclusive tag—as well as with the option to customize them in a more significant way," he says. In 2019, the company plans to debut a second-edition Ecocapsule, this one mass-produced and more affordable. Better start saving now.

China’s Newest Luxury Amenity Has Been Around Since the Dawn of Time | Architectural...

University of Silesia’s Department of Radio and Television is wrapped in “net curtain” of...