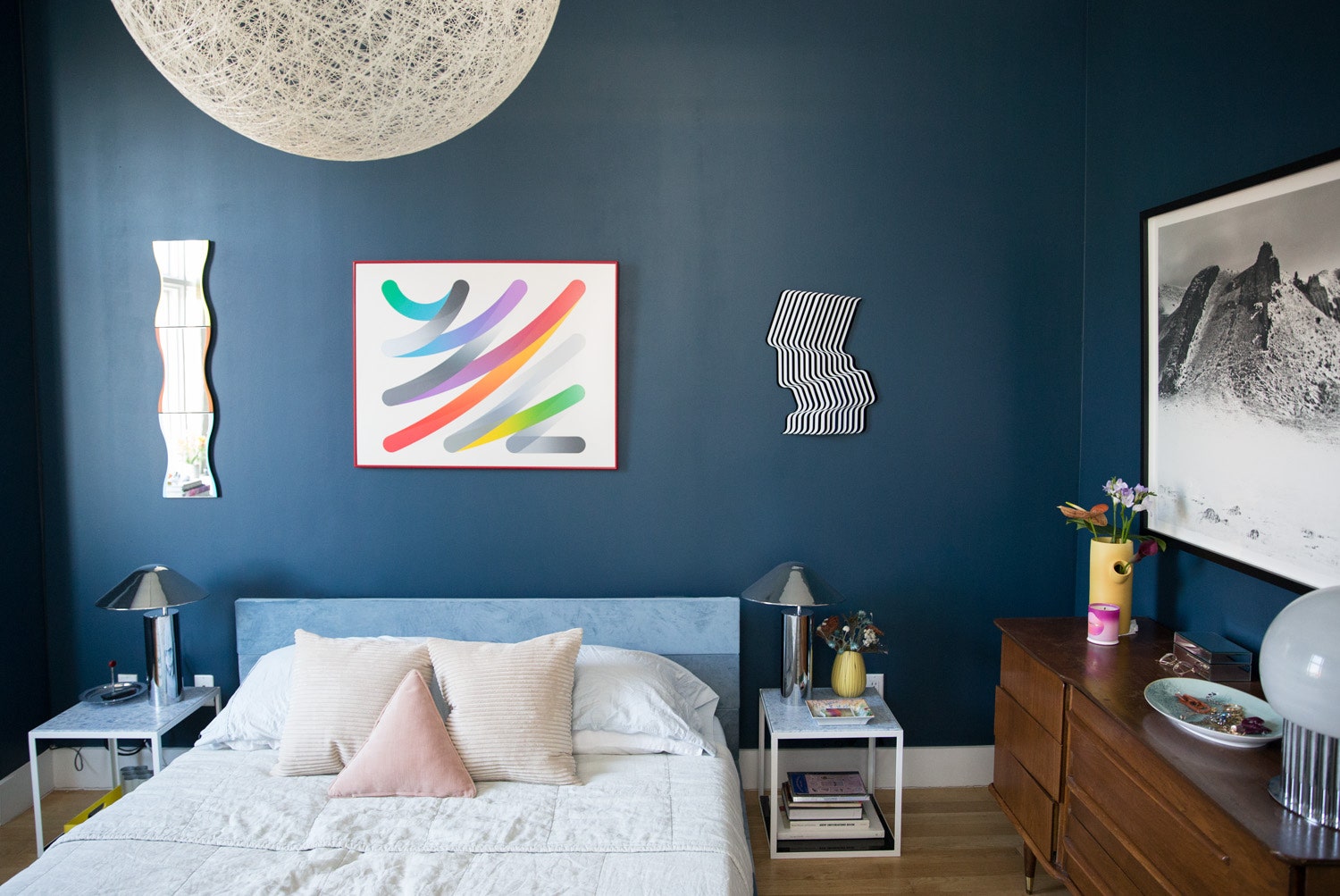 Moving in with a significant other typically elicits lots of "good lucks" and grimaces from well-meaning friends—combining lives isn't for the faint of heart. This was not the case for Jenny Kaplan and Chris Corrado when they reached the major relationship milestone six years ago. "We thought it would’ve been harder, but it wasn’t," recalls Jenny. "He was so open and good about it. I didn’t expect that. He was like, 'Whatever you want.'" It certainly helped that the couple, now husband and wife and cofounders of the uber-fresh design brand Pieces, thrives on change. When Jenny, also the owner of creative agency An Aesthetic Pursuit, moved into Chris's two-bedroom apartment in Brooklyn, it was tasteful but super masculine—and she had always favored bright, white spaces. But rather than argue over which aesthetic was better, they started from scratch. "It's become more of a blend of both of our styles. As a result of redoing out apartment, we started doing a lot of DIY projects around the house and realized we had a lot of fun decorating," Jenny says. Since then, they've transformed the place twice more.

We first saw its current iteration on West Elm's blog, Front + Main, which sells some of the Pieces collection, and it was love at first click. Jenny and Chris's home manages to be clean and modern without the cold, clinical quality that usually comes with those things. This is thanks to heavy doses of whimsy, which take a slew of forms: A tall, squiggly plant stand, a stretch of pastel ombré wallpaper, a boxy coffee table with an eternally cheerful sky blue base. It's not an accident than many of these standout items are Pieces works, which are always coming in and out of the apartment. "Basically everything that is Pieces has stemmed from what I wanted for my apartment," says Jenny. "Chris and I decided to do Pieces because I would spend hours sourcing things and not finding what I wanted." We don't all design amazing furniture for a living, but there's still much to be learned from the couple's apartment. Follow us . . .

Learn more about Jenny and Chris's life as small-business owners at West Elm.

What to Know If You Want to Open a Design Shop

10 of Will Alsop’s architectural highlights