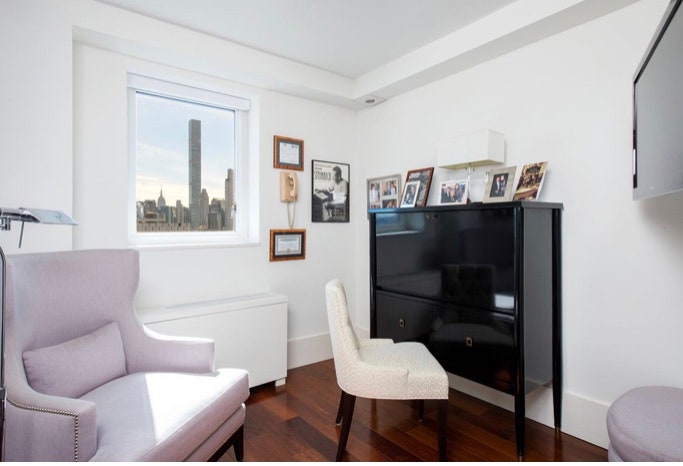 John Steinbeck's former apartment on Manhattan's Upper East Side, which also was the literary great's final home, has hit the market. The $4.95 million apartment, which the author lived in until his death in 1968 with his third wife, Elaine Scott (Scott lived in the apartment until her own passing in 2003), is up for grabs for a lucky fan of the Grapes of Wrath author. The 4,100-square-foot apartment not only comes with six bedrooms, six bathrooms, and spectacular views of both the west and south of Manhattan, but it also comes with one particular piece of literary history that makes the hefty price-tag worth it: John Steinbeck's personal writing desk.

During the period of time Steinbeck lived in this apartment, he wrote such novels as The Winter of Our Discontent and two of his well-known nonfiction works: Travels with Charley and America and Americans. He also lived in this apartment when he won the Nobel Prize for Literature in 1962, six years before his death. His writing desk, a small black rolltop, is located in the study, along with a few other original pieces of Steinbeck's, including a poster and other mementos.

Since the death of Steinbeck's wife in 2003, the 34th-floor unit has undergone a complete renovation. It's located in a full-service co-op building that includes a 24-hour doorman and rooftop lounge. C.B. Whyte of Stribling & Associates has the notable listing.