Home News Kanye West and 4 Other Celebrities Love IKEA as Much as We... 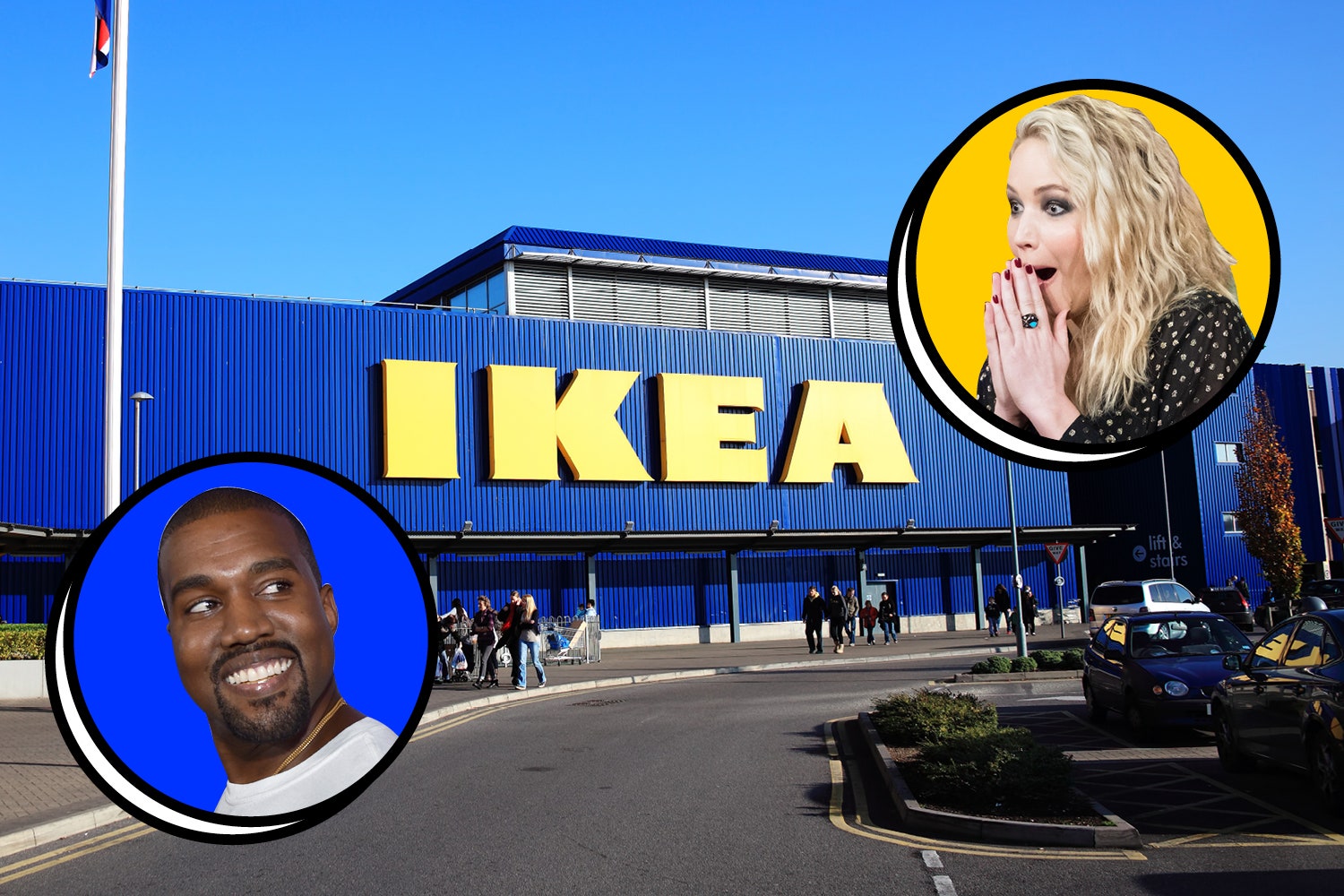 Truly, there’s no place like IKEA. You (and your mom, dad, first-grade teacher, and ex-boyfriend) probably have at least one story that begins, ends, or completely hinges upon a trip to the giant blue-and-yellow purveyor of Scandinavian design. There’s a reason these tales are so widespread and life-defining—with locations in 41 countries, the mecca of affordable furniture is an omnipresent old faithful for those in need of a place to sit, sleep, eat, or store junk after they relocate or shack up with someone new. Which is probably why, even after making it big, the following stars still couldn’t resist the call of the MALM.

If you’ve been keeping up, you know that ‘Ye and his wife, Kim Kardashian West, are this close to completing gargantuan renovations on the Hidden Hills, California, mansion. While we can bet the property won't be outfitted with IKEA furniture, Kanye did rap about setting up an IKEA bed with his mother on his debut album, The College Dropout, and he paid a visit to the company's headquarters in Sweden last March. Later, he told BBC Radio 1 that he dreamed of an IKEA collab one day. “I have to work with IKEA,” he said. “Make furniture for interior design, for architecture.”

Lucky fans of the Fantastic Beasts and Where to Find Them star likely never expected to find him at a Birmingham, England, IKEA. Nevertheless, that’s where he and wife Hannah Bagshawe were spotted being utterly down-to-earth last year.

As the highest-paid actress of 2015 and 2016, Jennifer could probably afford to sleep in a magnetic floating bed, tile her kitchen with diamonds, or pee in artist Illma Gore’s new $100,000 Louis Vuitton toilet. But as Hollywood’s resident relatable girl next door, she won’t. In a 2014 interview with The Telegraph, she revealed that after being shocked by the price of couches, she “bought one from IKEA,” because, “it doesn’t matter how much money I make, unfairness in prices really fires me up.”

Believe it or not, without IKEA, Haley Joel never would have seen dead people. The former child actor (he appeared in The Sixth Sense) and recent guest star on Silicon Valley revealed to Vulture last June that he was discovered at the store’s Burbank, California, location. Talent scouts were camped out “right by the play place in the little-kid area” where children hang while their parents shop.

After building her totally eco-friendly Santa Monica home from the ground up, the CNN journalist told People that she and her husband, Paul Song, chose to fill it with “a shocking amount” of IKEA.