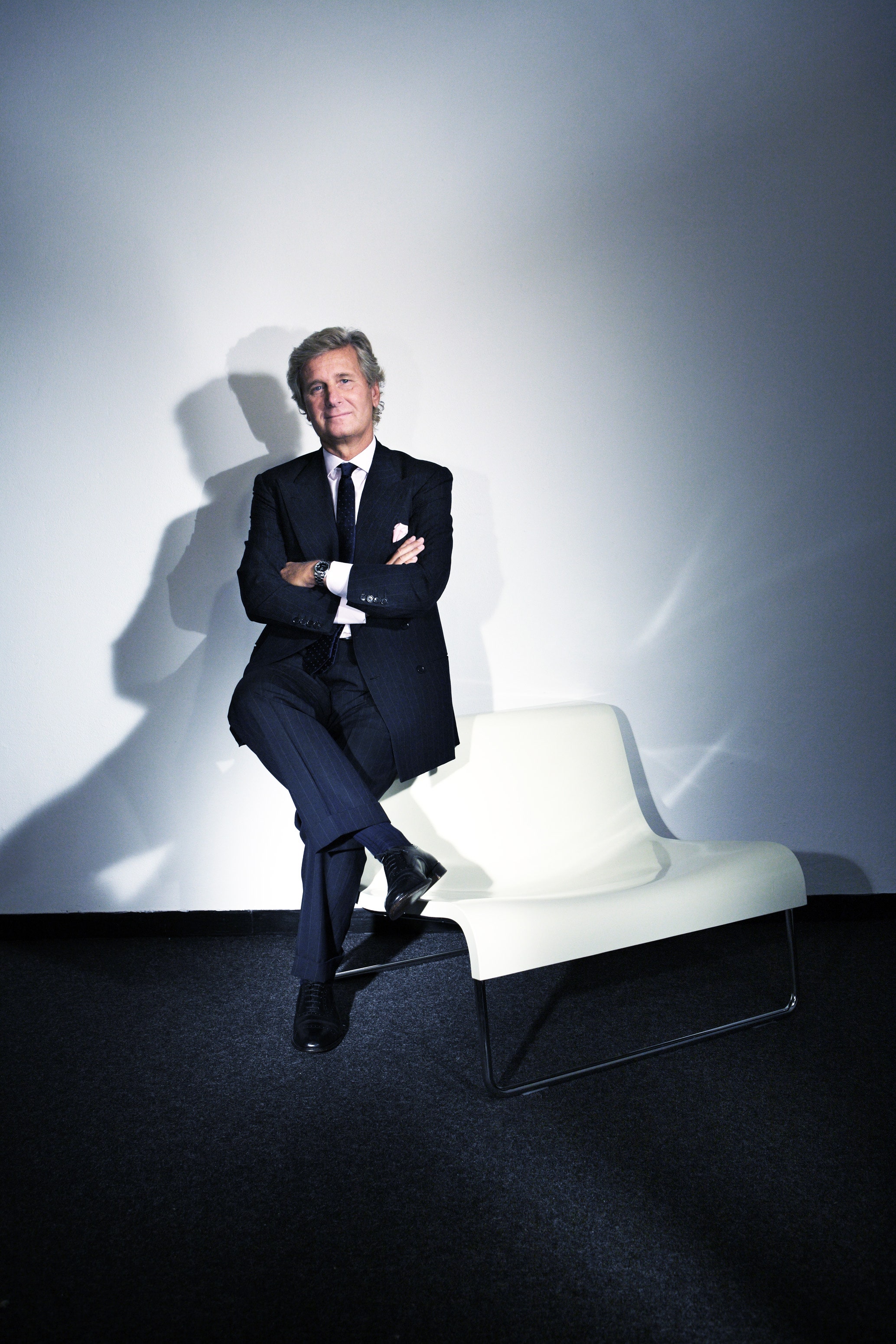 Claudio Luti has been the president and CEO of Kartell since taking over the reigns from founder Giulio Castelli in 1988. In that time, he's transformed the furniture brand into an empire with over 130 flagship stores around the world, opened the Kartell Museum in 1999, and become the president of Milan's Salone del Mobile, among other achievements. Luti has kept Kartell at the forefront of Italian design for decades through a mix of quality-based design research, designer collaborations, and an attention to detail at every stage. In between launching the collaboration with La Double J and celebrating NYCxDesign, Luti sat down with AD PRO to talk about what the future looks for the plastic furniture giant.

AD PRO: Kartell cites itself as having an aggressive retail strategy. What does that mean?

Claudio Luti: The world is so large, and we have to control not only the product, but the distribution and communication as well. We are an international brand, and much like in fashion, it's so important to have dedicated space for the brand. We have flagship stores all over the world—130 countries, to be exact—but we are also in multi-brand stores. It's important to have the collection, not just a few pieces spread out. I don't like that. If you have just one chair in a corner, you don't get the idea of the full collection. Our collection is very strong, and I would rather have it shown all together when I can.

There are three different markets we're focusing on: retail, contract, and online. We're very strong in retail, but now we have to work at growing the contract projects—hotels, restaurants, cruise ships, etc. It's becoming a bigger part of the focus day by day, and the market is growing. Online is also obviously growing, and we're well-positioned there because there is a lot of personality in the product. We're making it easier to buy Kartell; it's not enough to only have one website, you have to be on the other good online marketplaces, too. The plan is to expand—particularly in Asian online marketplaces. There's a lot of growth there.

AD PRO: You mention the importance of e-commerce and the internet, but the flip side is that it gives way to knockoffs. What are you doing to combat fake Kartell pieces appearing online?

Luti: (Laughs) I fight it every day! We have an office of two lawyers who are assigned specifically to combatting knockoffs. We fight copies being sold not only online, but on the street as well. Every time we are alerted to a fake, we fight and remove it. It's a continuous battle, and I think that the internet has helped grow the counterfeit market. But I hope that the consumers are interested in getting educated about the fakes and want to buy the original. Because they often buy a piece without knowing that it's fake and end up with a bad product, even though they spent less.

Some countries aren't as active in fighting counterfeits. In China it's particularly difficult, and same in Brazil. They produce the fakes in China, and while the distribution is easier to stop, the production is not. They change factories and move all the time, so we never know where they're making them. But, if people want to copy Kartell pieces, it's because of our success. If Kartell wasn't successful, then no one would want to copy it.

AD PRO: How is Kartell engaging with new technologies and trends?

Luti: I think we're a leader in technology. We're a leader with discovering materials and new processes. I don't like to speak about trends, because when we do something, usually, we intend it to have longevity. My designers don't follow trends—they create the trends. They create icons of design that remain on the market, pieces that have a strong personality that will last a long time. I like to infuse the world with pieces of design, not with trends. That's the difference.

We introduced a collection of wooden chairs at Salone del Mobile, and there's something so interesting about the technology we use to incorporate wood. I try to use all of the materials I can in a docile way. We found a way to make chaise from wood using a special mold, and so when the technology was ready, I approached Philippe Starck. We showed the prototype at Salone, and I expect the pieces to be ready for the market in September or October.

AD PRO: You said you used a mold? How do you put wood through a mold?

Luti: Well, it’s a secret! But it’s the right question to ask. It's giving Kartell the possibility to use a different material in our way. It's giving us another image, and when we begin creating the window displays we'll have to take a completely different approach so that we can present it to all of the people who were not at Salone. It was so funny to see all of the people approach the entrance to our booth and say, "I'm at Kartell? Are you sure?!"

AD PRO: You said that the next frontier are contract projects. Can tell us what's coming?

Luti: I like to cover everything—all markets, all ages. From millennials to older generations. We want to be everywhere in the world! It's interesting to work with different situations, hotels and restaurants and cruise ships. They're already so strong, and it's great to combine with a different style. We've got a big project coming with a hotel in Europe, but I can't say where yet.

In the next year we're focusing on growth in both China and the U.S. We haven't done as much distribution here as we could, and we'll be making a big push to grow the contracts side. China is a country that's growing rapidly in importance. There's a lot of growth there that we can follow.

AD PRO: Tell me about your collaboration with LaDoubleJ.

Luti: We're constantly trying new things, and love to collaborate with different fashion houses. In the past we've collaborated with Missoni, Sottsass, and Dolce & Gabbana; this year we made pieces with Moschino and LaDoubleJ. I love J.J.'s fabrics; they make a strong impact with the Kartell pieces designed by icons like Patricia Urquiola, Philippe Starck, and Joe Colombo. The collaboration happened in a very natural way. The connection between the two brands was very easy, because of the many things we have in common, first and foremost the ongoing research on quality and innovation, then creativity and an iconic signature style. Another common trait is the ability of La DoubleJ to express a global style while remaining loyal to its Milanese roots. In the same way, Kartell has always positioned itself in the world both as an international company and as an ambassador of Made in Milan design.

AD PRO: How do you make sure that you're maintaining quality and the brand's heritage as you grow?

Luti: You maintain quality if you continue to have the same strategy. I work with the best, most creative designers, and we have the best technology. When you have good production, and you can control the production, the logistics, and the service. You have to continue that. That is the secret. If you do it well, and have high quality, then you can compete in the world. That's my strategy. I don't believe you can compete in the world without high quality. And I believe in being a leader on discovering the best designers and the best materials and have people copy my strategy, not the other way around.

Ornamental Mouldings and Millwork Joins the Team as a Partner with…