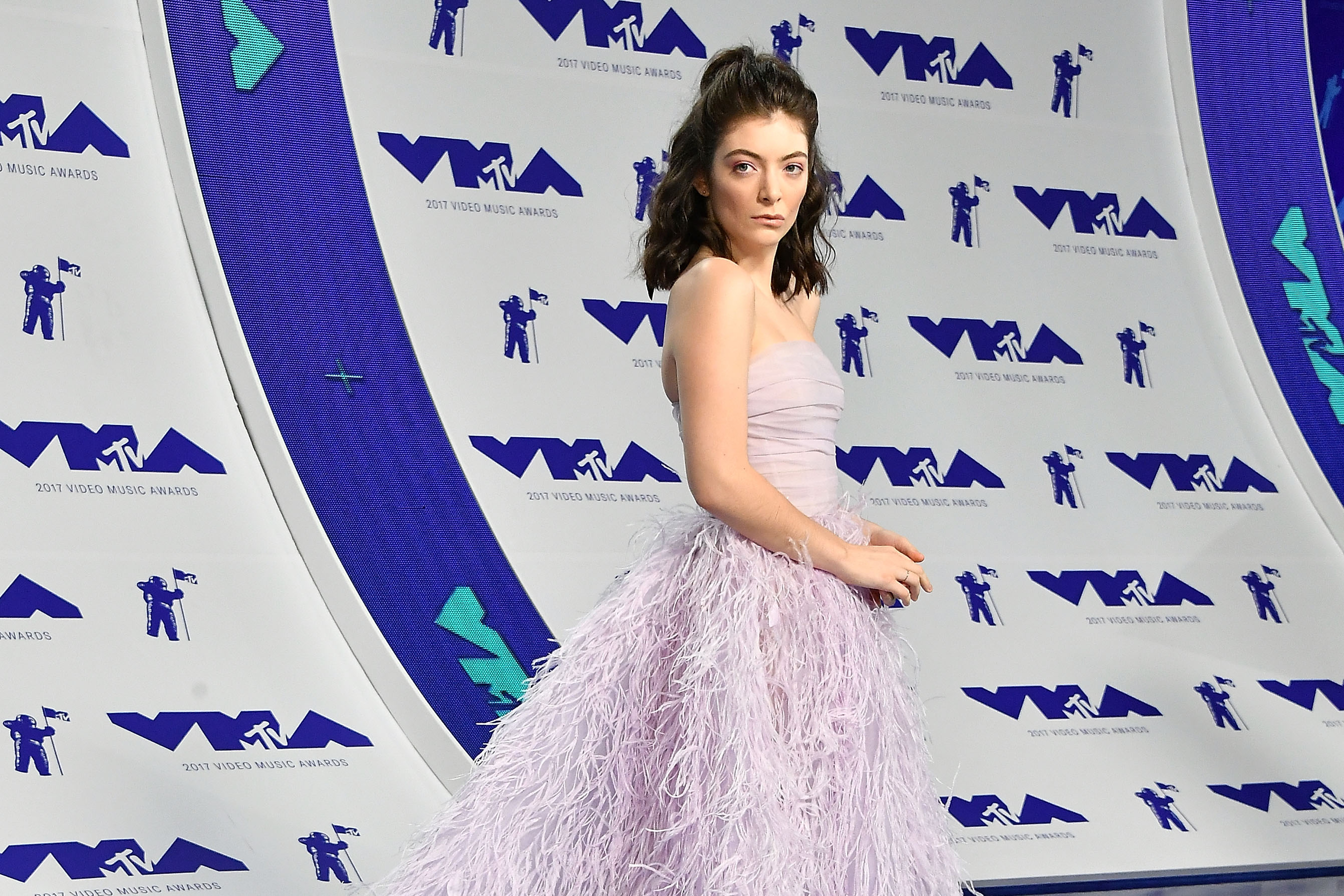 Have you heard of melodramatic purple? Buzz began percolating about the color—an ever-so-slightly moody grayish-purple—in August 2017, when Lorde walked the red carpet dressed in a feathered lilac confection. New York's The Cut announced the hue to to be the color of spring 2018. It "reads as girly and almost lovely," wrote Emilia Petrarca. "It's both sad and happy at the same time." Given the fact that Lorde had recently released her newest sad/happy album, Melodrama, the site thought it was only fitting to name the color "melodramatic purple."

Since then, the color has wormed its way into conversations across the internet. The Paris Review published an ode to lilac, Man Repeller debated whether or not it was really going to usurp millennial pink, and New York started seeing the color on everything from cookware to jackets. Marie Claire South Africa even rounded up the best melodramatic purple beauty buys. Now, about ten months after Lorde wore that dress, home decor brands are beginning to join the fashion world on the melodramatic purple train.

Purple is typically a divisive color—you either love it or hate it—but the muted quality of melodramatic purple makes it read more like a neutral, causing less of an emotional upheaval. That's probably why it's popping up on smaller items like vases or mugs but also on major purchases like bed linens and chairs. Speaking of, here is some of the melodramatic purple home decor stuff we can't help but be into:

Prices Slashed in Half at Brandenberry’s After Thanksgiving Day Sale