Home News Montenegro Has Potential to Become the Next French Riviera 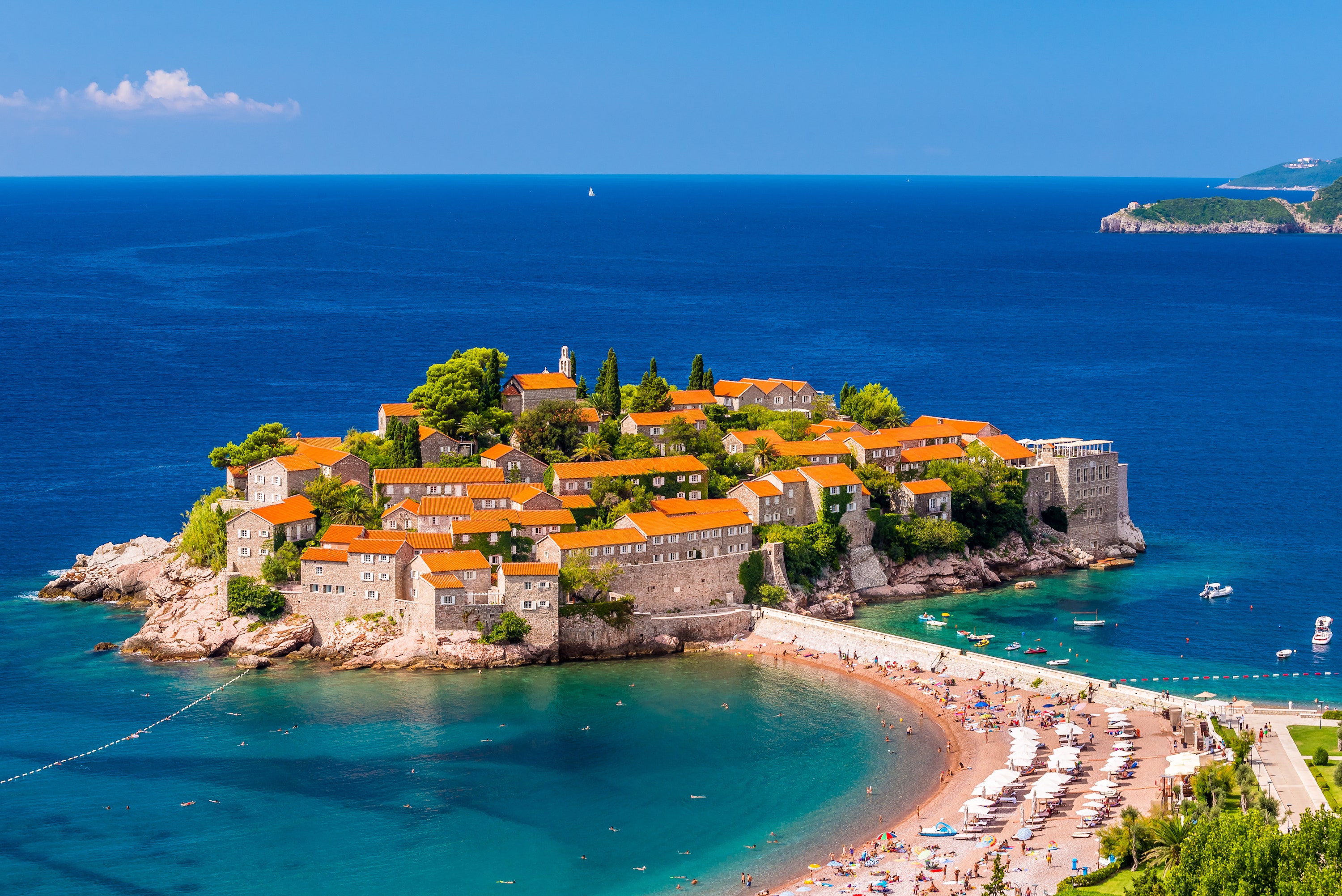 “Then came the war, old sport...I was promoted to be a major, and every Allied government gave me a decoration—even Montenegro, little Montenegro down on the Adriatic Sea!” Tom Buchanan's words have been immortalized in F. Scott Fitzgerald's 1925 masterpiece, The Great Gatsby. And as a result, for generations of readers, the sovereign state of Montenegro, or rather, "little Montenegro," as Buchanan sardonically calls it, became known as the ultimate cast-off country, more of a novelty than a nation. Yet those words were written nearly a century ago, and much has changed since the summer of 1924 when Fitzgerald sat in the French Riviera to write his most famous novel.

No, we don't like being compared to Monaco. Monaco has lost its soul—there's no real atmosphere there anymore.

Like most nations that have experienced the carnage of war, Montenegro is a complex place. Mix in the facts that the war it fought was less than three decades ago and that it gained independence from Serbia in 2006, and a country such as Montenegro is not only complicated but unusually so. Yet, things are on the rise in the tiny Balkan nation (which is sandwiched between Croatia, Bosnia and Herzegovina, Serbia, and Albania) and have been for over a decade. Sure, it helps that the country's mountains and lakes and coastline along the Adriatic Sea are stunningly beautiful, but the people are about as friendly and warm as the Mediterranean climate. In fact, it's not just the unspoiled terrain, ample sunlight, and hospitable locals that have made Montenegro an exciting travel destination but also a bevy of newly renovated and built luxury hotels and restaurants, which have caused some to call Montenegro the next French Riviera. And while the Côte d'Azur is alluring for countless reasons, parts of southern France has lost its charm, mainly due to the endless stampede of tourists coming to soak up the legendary sun. Montenegro, on the other hand, has the same incredible local cuisines, wines, and splendid natural beauty of the Riviera —yet hasn't forfeited its soul with an influx of visitors from other countries.

Montenegro's biggest industry is tourism, but that doesn't mean one will be swarmed by travelers snapping pictures and crowding every inch of the beach. To this end, the country has spent the past decade proving that they don't merely want to bring in hoards of crowds from around the world, but rather those travelers who are looking for a highly-luxurious getaway. Indeed, one of the surest signs of Montenegro's bright future is with such landmarks as Porto Montenegro. Completed in 2009, Porto Montenegro is a beautiful yacht marina that was envisioned and primarily financed by the late Canadian billionaire Peter Munk (it's rumored that he saw the plot of earth while flying over it in an airplane and knew he had to build something spectacular on it).

Anytime a major yacht marina is built anywhere around the world, comparisons to Monaco are inevitable. But that's not what Porto Montenegro is hoping to achieve. In fact, far from it. "No, we don't like being compared to Monaco," says Kai Dieckmann, general manager of the Regent Porto Montenegro, the first five-star property in Boka Bay (the clean and calm body of water that Porto Montenegro is located on). "In my opinion, Monaco has lost its soul—there's no real atmosphere there anymore," he continues. "But in Montenegro, we have natural beauty, incredible food and wine that are both locally grown, and friendly people. We don't need this country to be a tax haven to attract visitors; they will come without that." The tax benefit Dieckmann is referring to dates back to the late 19th century, when Monaco first began forgoing the collection of income taxes on its residents (by that government's definition, a person must live in Monaco for six months and one day each year to be considered a legal resident). And Dieckmann's words certainly ring true, as investors have swooned over property within the Regent Porto Montenegro (87 rooms can be rented through the hotel, while 62 others were built to be purchased), buying apartments quicker than the hotel can build new ones (the property is currently constructing a new wing of residences that's located on the water, and expected to be completed by mid-2019). The attraction for investors isn't merely the yacht club at their doorstep but also the nearby town of Kotor. Located some seven miles from Porto Montenegro, the ancient town is incredibly charming (so much so that it's a UNESCO World Heritage site). Locals and visitors alike can enjoy the small alleyways that climb up to a number of churches, shops, and restaurants.

There's perhaps no greater example pointing to the fact that times have drastically changed in the Balkan country than the creation of Porto Montenegro. Indeed, the waters used by Porto Montenegro to berth their 450 yachts at any given time was the exact same area once used by the Soviets to build and maintain ships of war (the group plans to expand the number of berths to 850). But that doesn't mean Porto Montenegro is shying away from its history. On a plot of land that could easily have been torn down and used for any number of profit-seeking adventures, the group has stationed an old Soviet submarine (which can be toured) as well as a museum that explains the history of the land from the mid–19th century to modern times. Porto Montenegro is so proud of its history, in fact, that just a few weeks ago it held the country's first-ever international fashion show. And the backdrop? A Soviet-era submarine.

While Montenegro may be a newly discovered gem for many everyday Westerners, it has a rich past in hosting some of the biggest celebrities in history. Sveti Stefan (pictured at the top of the article), for example, was a favorite hotel for such luminaries as Sophia Loren, Marilyn Monroe, and others. Owned by the prestigious Aman group, this island-hotel was built within the existing foundation of a 16th-century village that was originally erected by local Montenegrins who were outrunning the Ottomans. Today, however, the rooms within the five-star hotel still maintain much of the original architecture. As a result, the door frames to certain rooms may be awkwardly small. But guests who might bump their head are rewarded when looking out their bedroom window to unobstructed views of the Adriatic.

For decades, much of what makes the French Riviera such an attractive locale (including, of course, the climate, culture, and scenery) is that it's a very enjoyable environment to live in. For any potential transplant debating a move to a new country, crime is certainly an issue taken into serious consideration. Here, Montenegro actually outpaces European countries such as France, while landing only one spot behind the U.K. (this is according to rankings from the 2018 Global Peace Index, which takes into consideration such indicators as relations with neighboring countries, terrorist activity, and levels of violent crime, among others). But that doesn't mean that Montenegro isn't still a risk for investors looking to strike gold on the next French Riviera. While Montenegro has taken serious steps to adding more stability and economic promise for its future (such as their recent ascension into NATO in 2017, a move that's setting the Balkan nation one step closer to finally join the European Union), there's still much work to be done.

As the saying goes, where there's risk, there's also reward, and it's evident that there are many people in the world who are betting big on Montenegro's success in the near future. It's not uncommon to travel through the scenic little villages along the Adriatic coast (such as Kotor or Budva) and see multimillion-dollar homes being built in the surrounding mountainsides. Yet, unlike St. Tropez, Cannes, or Monaco, many of these massive estates don't have legitimate roads leading to them but rather potholed, dirt-laden paths that are in serious need of repair. In fact, Montenegro is the only country in Europe that doesn't currently have a highway (for what it's worth, the country also doesn't have a single McDonald's). The lack of a highway leaves many government officials nervous about their fate in an increasingly globalized economy. Recently, however, the government signed a multibillion-dollar deal with the Chinese government to build a highway that would span some hundred miles of road. The massive infrastructure project, which has its share of skeptics, is intended to connect the port city of Bar with the Serbian town of Boljare. Due to the many lakes and mountains that pepper Montenegro's diverse landscape, this route currently takes approximately four hours to complete. With the new highway, however, the drive would be cut in half.

The terms of the deal for this Chinese-funded highway are such that if Montenegro is unable to pay the roughly $3.2 billion back by 2040 (at a 2 percent rate of interest), then the Chinese government can seize certain parts of Montenegro's territory. Such are the risks some investors are willing to take with this small, beautiful coastal country. Who knows? With Montenegro's current trajectory in building luxurious hotels, and its propensity to lure deep-pocketed investors, maybe in the not-so-distant future the roles will be reversed: A young novelist will sit at a table and, in his or her book, write a scene involving the splendors and luxe throughout "ritzy Montenegro."

“Can the chimney blow smoke rings?”

The World’s Most Luxurious Castles You Can Sleep in