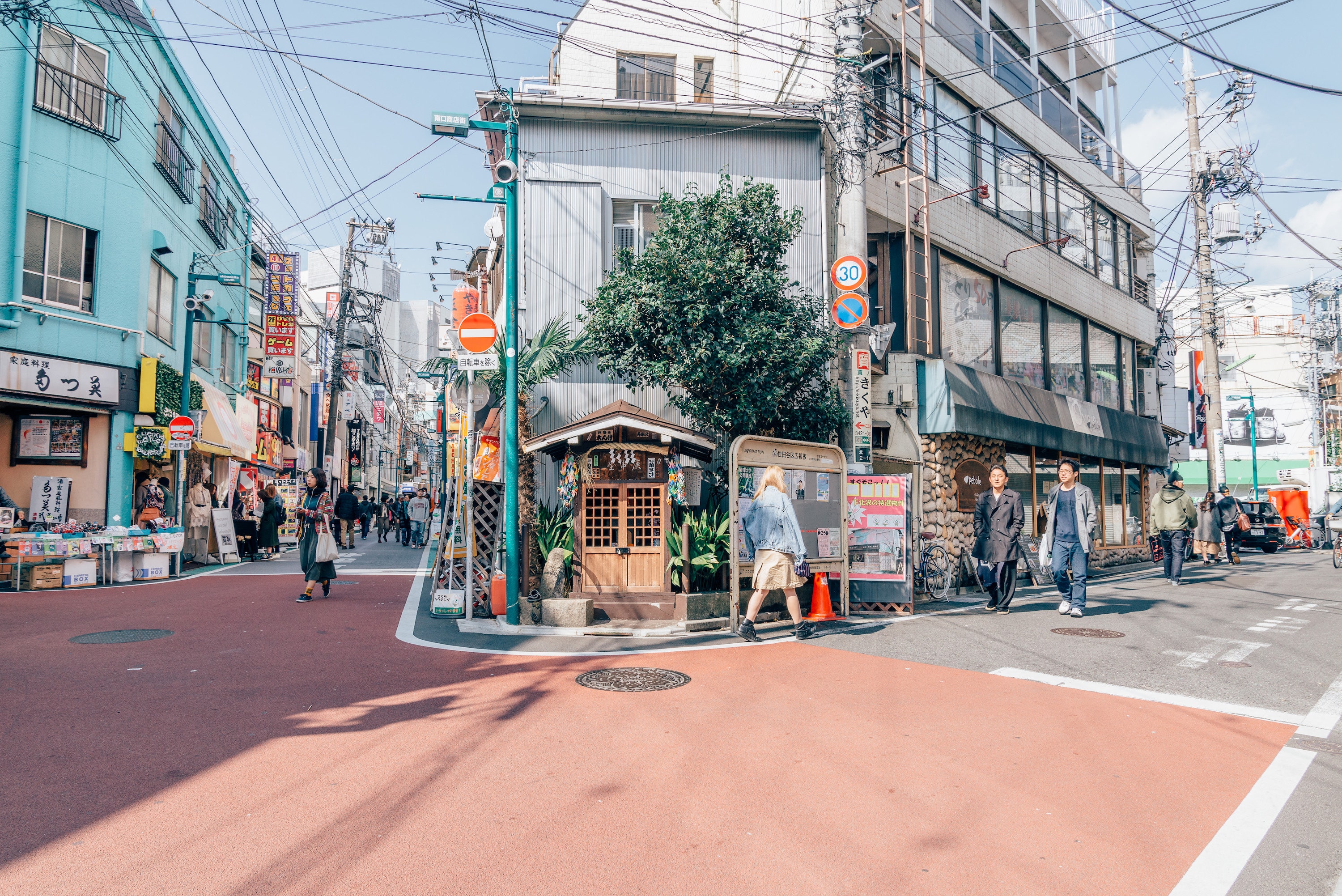 The distinctive mix of grunge and gentrification has made Williamsburg, Brooklyn—specifically the Bedford Avenue and Grand Street section—an international destination. Accents and languages from near and far can be heard on North Williamsburg’s narrow sidewalks, and the combination of chic shops, hidden treasures, and cute cafés has undeniable universal appeal. A charming section of Tokyo shares the qualities of Brooklyn’s hippest neighborhood: cool coffee shops, great vintage shopping, record shops full of vinyl, and fun bars where cocktails are taken seriously.

Geographically, Shimokitazawa is about two miles west of the major shopping and entertainment ward of Shibuya, home to the world’s busiest intersection, Shibuya Crossing (essentially Tokyo’s Times Square), though with its unhurried charm, the Williamsburg of Tokyo feels a world away. As in Brooklyn, there’s an abundance of unique shops and restaurants in Shimokitazawa. At New York Joe Exchange, which is housed in an old public bathhouse, you can find ironic hipster-vintage wear as well as on-trend secondhand clothes from Comme des Garçons, Supreme, Alexander Wang, and Levi’s. In the same area—known as the “neon district” for their signage—Flamingo, Haight & Ashbury, and Chicago (Shimokitazawa is the Tokyo chain’s largest branch) are other musts for secondhand shopping. Record shop standouts include Flash Disc Ranch, Jet Set, Best Sound Records, and City Country City, which, in a welcome twist, serves pasta and beer along with selling vinyl.

The Kengo Kuma–designed Tetchan yakitori bar is an old wooden house that has been converted into a sparse modern space, its exterior sheathed in aluminum and a mash-up of colorful skiis hang from the ceiling inside. Australian influence on the New York City coffee scene is major. From Bluestone Lane and Two Hands to Brooklyn’s Sweatshop, flat whites and brekkie boards have become the brunch norm. Frankie, a Melbourne café-inspired coffee stand complete with white subway tile and Tolix-style stools, attracts a hip crowd of espresso and pressed-juice lovers.

A block down is Garden Shimokitazawa, an exposed-brick-walled live music venue similar in style to Rough Trade NYC’s stage area. Hipster kitsch is alive and well on the Shimokitazawa cocktail scene. In the vein of campy-cool Williamsburg bars like Surf Bar, The Commodore, and Night of Joy, Shimokitazawa’s Mother, with its 1960s/'70s soundtrack and wild grotto-style decor, serves up their house-made liquor in glass skulls. While Petit Garden is a sweet alfresco beer garden, Ushitora brews and sells their own highly rated beer, and Barnitas is where the serious cocktails are served. In a very Williamsburg-esque flea-market-under-railroad tracks event space, Shimokitazawa nightlife comes alive on Wednesday evenings with Night Market, a weekly event for post-sunset vintage shopping and food-stall bites under the Shimokitazawa Cage. For a permanent reminder of all the hipster splendor of the neighborhood, the go-to tattoo shops in Shimokitazawa are Shimokita-Ink Tattoo Studio and Black Swallow.

Inside the World’s Most Luxurious Train