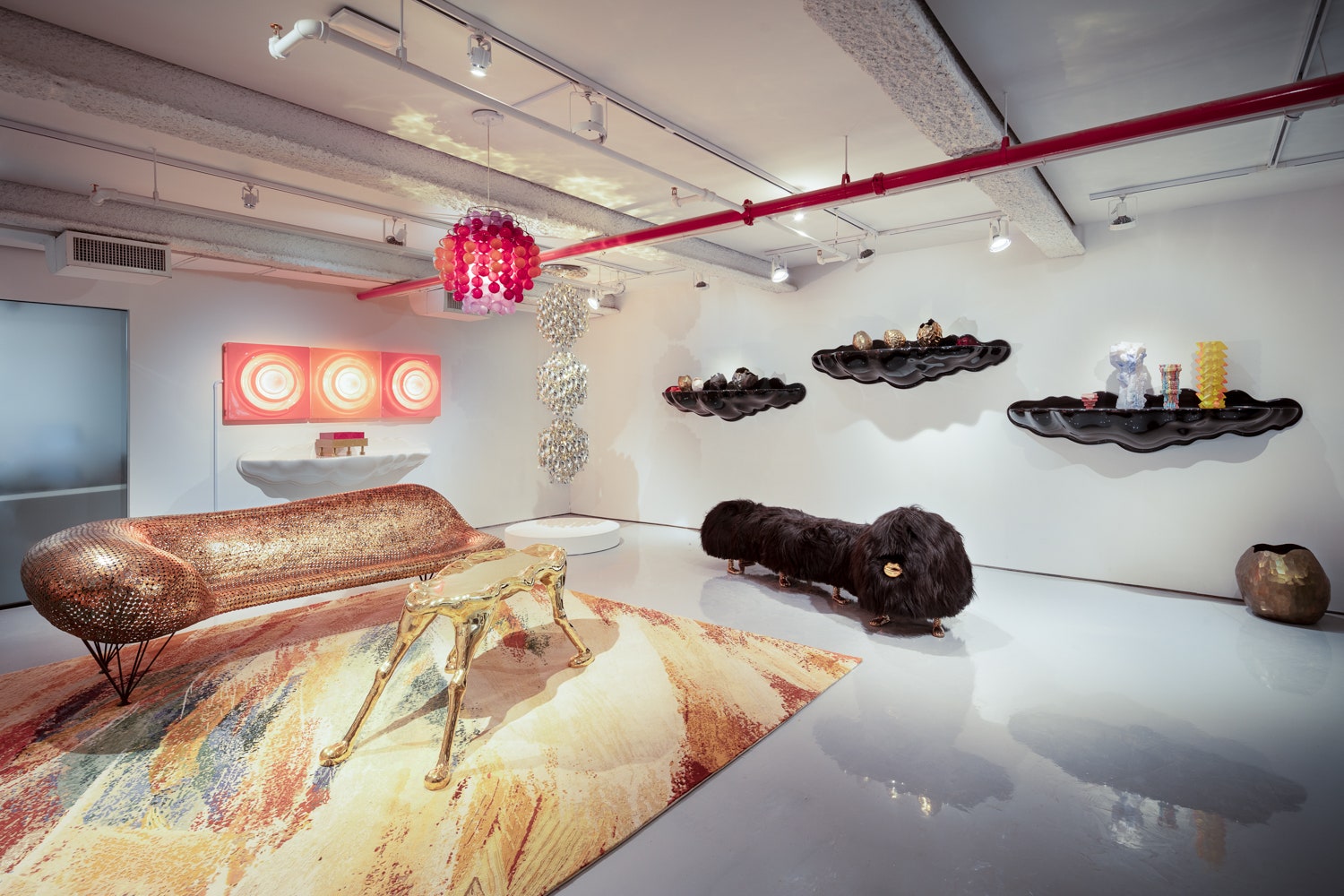 Just over two decades ago, New York–based glass artists Evan Snyderman and Zesty Meyers were selling a mishmash of found objects and assorted antiques from an eight-foot-long folding table for extra cash. First, they set up at the East Village flea market, but soon they moved north to a parking lot that was, in those days, the crack-of-dawn gathering place for style-obsessed New Yorkers: the 26th Street flea market.

"That was the real deal," Snyderman recalls of the beloved flea. "You had to be aggressive, flamboyant, and on your game." They watched and they learned.

One day, something clicked: "We had bought this Art Deco lamp from the 1920s in Rhode Island for $100," Snyderman remembers. "We sold it to a picker at the flea market for about $300 and then we just watched as it traveled up the food chain. It ended up going to a gallery in SoHo." Their side project, they realized, had serious profit potential.

Fast forward 20 years: As R & Company (née R 20th Century), the vintage-shop-turned-gallery established in a Brooklyn warehouse in 1997 and stationed on Franklin Street since 2000, moves into an 8,000 square-foot, three-story Tribeca gallery, it seems it has climbed its way to the top of that food chain. Forget extra cash; these days they're selling furniture—old and new—for sums that the average person might spend on a new car or starter home.

How did they do it? Look no further than the more than 150 works of design filling R's new space for its debut installation, 20 Years of Discovery, which opens to the public today. A retrospective of functional design from the early 20th century to the present, the collection reads more like a museum show than something you'd spot at an art gallery or furniture showroom.

"We didn't just want to buy and sell stuff," explains Snyderman. "We wanted to share information. We wanted to produce exhibitions. We wanted to discover things and share that discovery."

A walk through the new space ushers viewers through the trajectory of Snyderman's and Meyers's collecting: What started with the predictable midcentury masters—Poul Kjaerholm, Harry Bertoia, Arne Jacobsen—soon dipped into the lesser-known subsets of American design. You'll spot a lounge chair by "a god among collectors" California modernist Maurice Martine and numerous works in molded plastic by master of American craft Wendell Castle—whose career R followed and documented for decades.

The gallery's early focus on Brazilian modernism is a star of the exhibition, with important works by Joaquim Tenreiro, Jose Zanine, Sergio Rodrigues, and Lina Bo Bardi all on display. As is its pivot into what has long been considered a less palatable category of design: the radical Italian movement of the late 1960s and '70s, and its spillover into movements like Postmodernism and Memphis toward the end of the 20th century. Standouts on the floor include Robert Venturi's laminate-covered riffs on 18th-century English chairs, Masanori Umeda's unforgettable Memphis boxing ring, and a pincushion-shaped floor lamp Michele de Lucchi designed for Studio Alchimia ("we think there are only two in the world," Snyderman says).

What perhaps sets R apart from other galleries or showrooms selling important furniture is its ability to give historical context and weight to the work it's showing. It were the first U.S. gallery to show lighting and furniture by midcentury icon Greta Magnusson Grossman. When R brought Wendell Castle's rarely-seen 1960s work in plastic to the gallery in 2003, Snyderman and Meyers positioned it in the context of the radical Italian design being made in the same period. Last year's SuperDesign show was the first exhibition to examine Italian Radical design since MoMA's historic show The New Domestic Landscape in 1972. The gallery isn't just buying and selling furniture—it's writing the history books about it.

To keep creating that history, since the early 2000s, it's added a handful of top contemporary designers to the roster—Jeff Zimmerman, Thaddeus Wolfe, the Haas Brothers, Katie Stout, Pierre Yovanovitch, and more—who Snyderman and Meyers position as the contemporary greats. One of Stout's doughy girl lamps and a lineup of Haas critters pose next to the Memphis boxing ring in the new space. A 25-foot chandelier by Zimmerman hangs in the massive atrium. They've even asked several artists to add permanent touches to the new space: a fanciful bathroom by Stout is already installed and a Haas brothers rendition is soon to come.

"This new space is an opportunity for them to push themselves," says Snyderman. "There will be no more limitations of physical space, artists can dream up whatever they want"

Ultimately, Synderman says, reflecting on two decades of design dealing: "It’s about understanding the importance of design. I think we’re just at the beginning of that. Only in the last ten years has it been understood as a collectible with value beyond the functional or technical aspects. Design has taken a similar path to art. Our goal is to get people to keep reevaluating and learning more."

What’s the Deal With Installing a USB Outlet?

What I Learned About the Air in My Apartment by Testing the Molekule Air...

KOVA to launch innovative Bath Kit for builders at IBS 2020