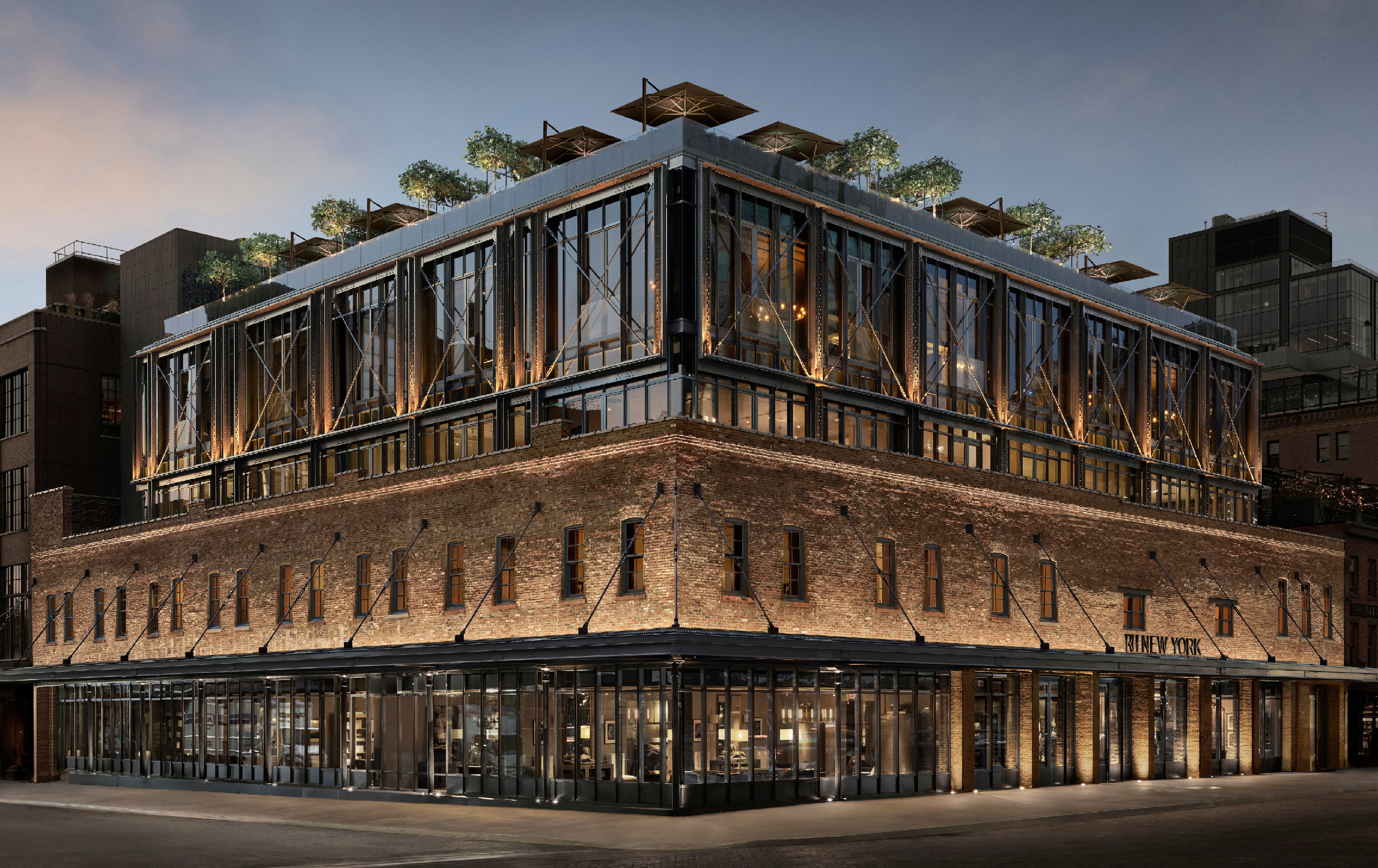 Before there was the High Line, the Standard, or the new Whitney museum, Manhattan’s beau monde flocked to the then still gritty Meatpacking District to cozy up at Pastis—Keith McNally’s much-missed bistro (1999–2014) at the intersection of Ninth Avenue, Gansevoort Street, and Little West 12th. Just beyond the restaurant’s signature red awning, Sarah Jessica Parker held her baby shower, Liv Tyler wed Royston Langdon, and James Gandolfini sipped margaritas.

But on a steamy night this past September, that storied address filled up with a new generation of boldface names for the opening of RH’s sprawling Manhattan flagship, a 90,000-square-foot space spread across an impressive six floors. Here, amid the brand’s signature pieces and latest introductions, the likes of Karlie Kloss, Sofia Sanchez de Betak, and Maria Sharapova could be seen mingling with titans of industry, designers, and design lovers, as the crowd of more than 1,500 enjoyed caviar, champagne, and frozé.

“We liked the irreverence and soul of the Meatpacking,” explains RH CEO Gary Friedman, who first eyed the landmark property seven years back. “At its core, it’s a neighborhood of originals and leaders—the first Soho House outside London, Diane von Furstenberg’s steel-and-glass rooftop penthouse, the first Stella McCartney store.”

RH has joined their ranks front and center as it continues to shake up not only the furniture business but shopping culture overall. Since Friedman took the helm of the company (née Restoration Hardware) in 2001, he has transformed a brand once known for rustic trestle tables and worn chesterfield sofas into a multi-billion-dollar empire, expanding its offerings into a range of styles and categories. As he puts it: “We’re just not following the pack.”

At a moment when a reported 20 percent of New York City storefronts are vacant, RH’s grand opening makes the bold statement that retail is alive and well. “It wasn’t the internet that killed retail stores; it was a lack of imagination and investment,” explains Friedman. Judging from his ambitious scheme (a three-story addition with a façade by Backen, Gillam & Kroeger architects) and down-to-the-last-detail interiors (also byBacken, Gillam & Kroeger), Friedman has both in large supply. A spectacular glass elevator whisks customers through four floors of furnishings up to the breezy rooftop restaurant, helmed by Brendan Sodikoff, planted with London plane trees, and destined to become as buzzy as its predecessor, Pastis. Though you’d be just as wise to take the stairs, where you’ll find artist Alison Berger’s installation of 120 hand-blown crystal pendants dripping 75 feet from the ceiling.

For shoppers overwhelmed with the abundance of choices—in addition to its signature Interiors collection, RH now has its RH Modern, Outdoor, Rugs, Baby & Child, and Teen lines—the flagship is equipped with its own coffee bar, not to mention a team of designers, the RH Interior Design. With a rug showroom and material library of fabrics, leathers, and finishes all available on the second floor, Friedman says, “we’re serious about building a world-class interior-design firm.”

And this is only the beginning. RH is already hatching plans for a concept hotel just down the street and conceiving equally ambitious galleries in San Francisco, Miami, Dallas, Houston, and even across the Atlantic. As Friedman explains of the RH appeal, “It’s not a lifestyle, it’s a lovestyle.”

Griesenbeck Receives Highest National Award for Safety in the…

House Demolition Is Better Than Therapy (But Not Cheaper!) | Architectural Digest