Home News Rob Lowe’s 10,000-Square-Foot Montecito Estate Is on the Market for $47 Million 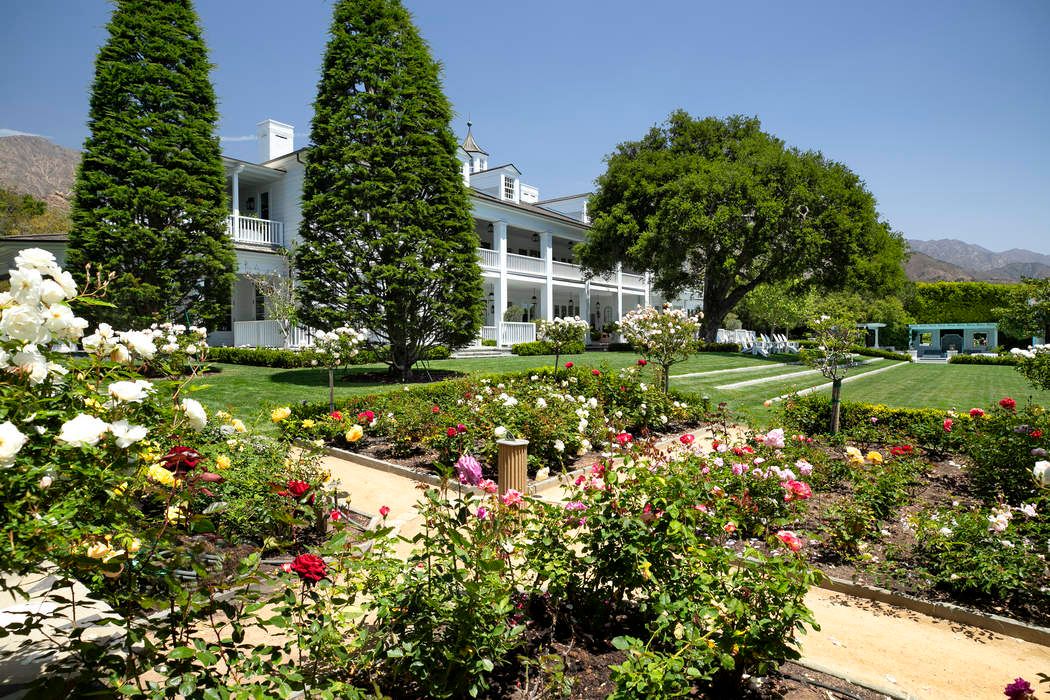 Rob Lowe’s Georgian-style residence in Montecito, California—which was featured on the cover of Architectural Digest’s November 2010 issue—is now on the market for $47 million. Lowe and his wife, Sheryl, have inhabited the classic 3.4-acre estate with their two sons since 2005. Others in the Montecito area include Scooter Braun and Oprah Winfrey.

The actor collaborated with a team that included architect Don Nulty, interior designer Kyle Irwin, and landscape architect Mark Rios to create the “Oakview” estate —which was named for the oak tree–framed views of the Pacific Ocean. “I've always been drawn to a historic, East Coast American aesthetic,” the actor shared with Architectural Digest in November 2010. “But a house also has to be comfortable, able to withstand the simultaneous traffic of teenagers playing football on the lawn, barbecuing on the patio, me slipping off to write.”

The six-bedroom home is extensive, featuring nine fireplaces as well as a cinema and a wine cellar. Oakview also includes a two-bedroom guesthouse (with a kitchenette) and a one-bedroom poolhouse (with a kitchen). The estate is especially suited for those who value the outdoors: It is well decorated with a great lawn and gardens, plus a swimming pool and a tennis court.

Suzanne Perkins, the agent from Sotheby’s International Realty who is handling the listing, enthuses: “Rob and Sheryl have achieved the impossible, creating a home that lives with the conveniences of new construction but with character that rivals one of Santa Barbara’s most architecturally significant historic estates. Oakview shows equal appreciation for history and modernity.”

Airstream Renovation Don’ts: 4 Reasons to Think Twice Before Buying and Renovating an Airstream