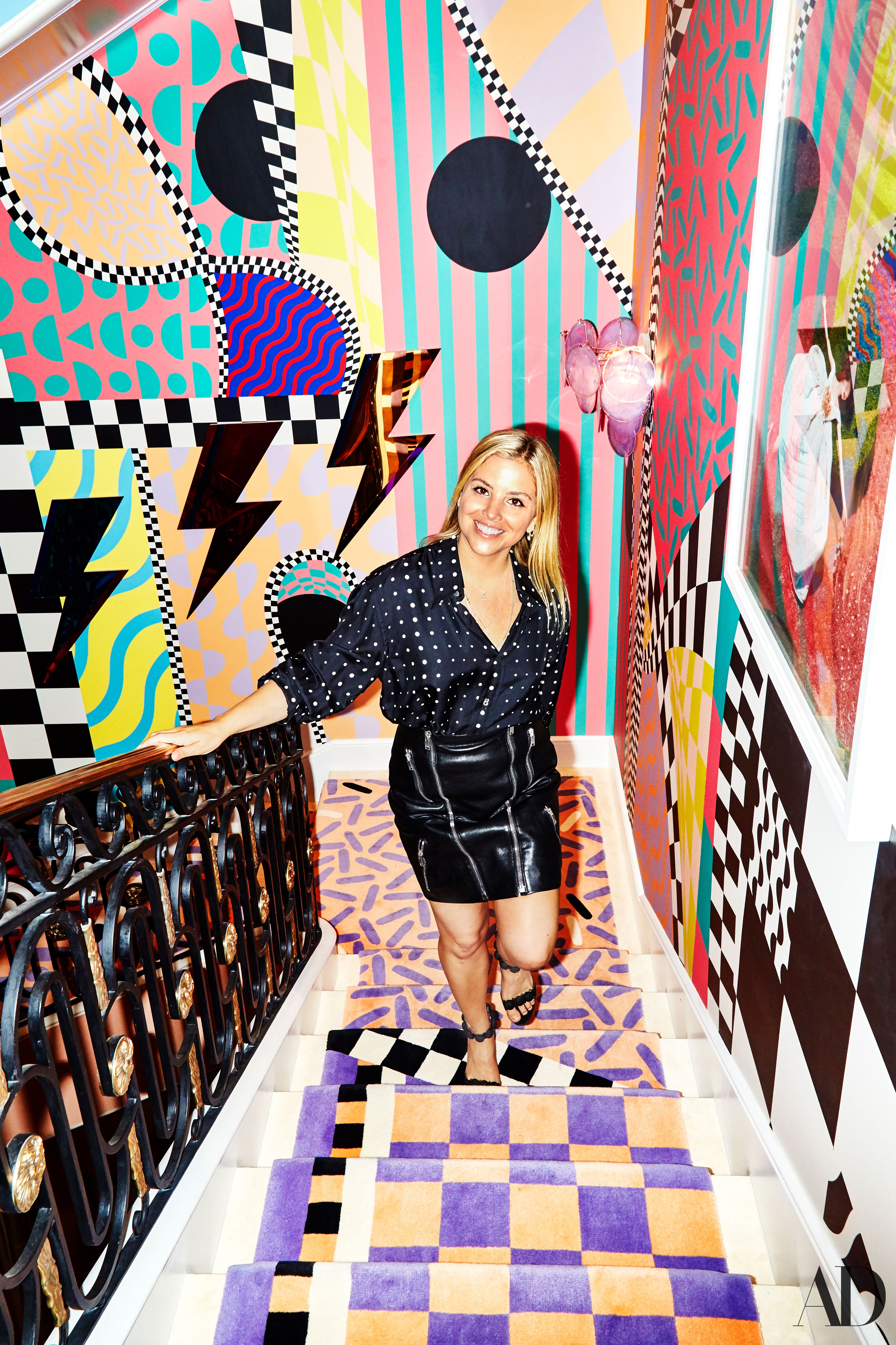 When Sasha Bikoff was asked to create a room for this year’s Kips Bay Decorator Show House, her vision was clear. “I wanted to design a nightclub on the Upper East Side,” recalls the 31-year-old New Yorker. There was only one catch. “I got the staircase.”

Furniture and window treatments were out of the question for the space, which—with its limited options—was no one’s dream assignment. Undeterred, Bikoff ran wild, reconstituting 1980s Memphis motifs into psychedelic carpets by The Rug Company and kaleidoscopic wallpapers by Voutsa, and painting the floor and ceiling trim in archival Farrow & Ball hues. Her eye-popping display stole the show and became an immediate Instagram sensation. “She showed up and she delivered,” praises Voutsa’s George Venson. “I cannot tell you how on point she was.” The proof, of course, was in the product. As Bikoff reflects of the daringly patterned staircase, “You couldn’t help but dance.”

That urge, you might say, is signature Sasha, whose taste for decorating developed during a semester abroad in Paris, where she studied painting and lived with textile designer Lisa Fine. What started as a hobby took front seat when, a few years later, she quit her job at Gagosian to decorate her mother’s apartment in the Dakota. “She taught me how to deal with uptown women,” Bikoff says with a laugh.

Since then, her upbeat approach and unlikely pairings have caught on, with a villa on Lake Como, five Manhattan homes, and four Hamptons houses all under way. Now she’s making her first foray into product design with a series of disco-ready rugs produced by Stark and sold through 1stdibs.com. “They’re kind of Marie Antoinette–meets–Bianca Jagger,” she says of the new collection, which includes shiny shag and zodiac-inspired motifs. “People are going to want to lie on these carpets and have a cocktail.” sashabikoff.com

In Praise of a $6 IKEA Storage + 4 More Clever Finds