Home News See How a Drab São Paulo Apartment Got Overhauled to Feel So... 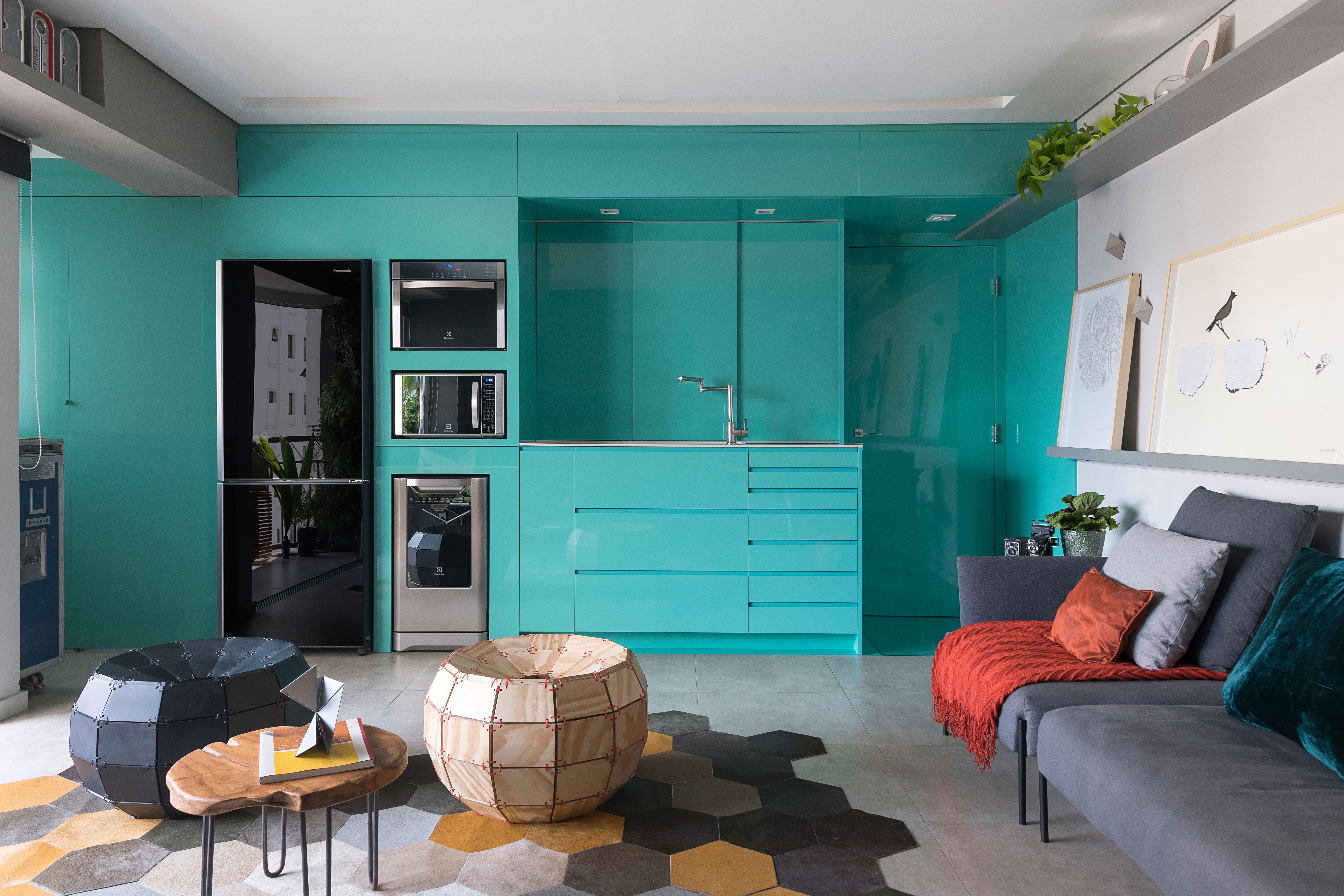 After about a decade of posting up in the São Paulo apartment their parents bought them as their careers were just getting off the ground, brothers Rafael and Daniel May felt like they'd outgrown the space. "Our apartment was so small. It was dark and everything was tight. And there was a dinner table we never used," explains Rafael, a graphic designer and the older of the two. But after the long slog of a disappointing house hunt, he and Daniel, a stylist with his own clothing line, warmed to a love-the-one-you’re-with mentality. "I thought we didn't need more square meters, we needed the right square meters. We wanted good neighborhoods in São Paulo but prices were too high. So we decided to renovate our apartment."

With budget top of mind, they enlisted good friend Flavio Castro, a designer whose work they'd always admired, to kickstart their four-month renovation. The space, just under 650 square feet, had to do a lot. The brothers needed the apartment to accommodate two bedrooms and bathrooms, a central living area, Rafael's work-from-home schedule, a revolving door of guests, and ideally, privacy. And with their circadian rhythms totally out of sync—at 10pm, Daniel calls it a night as Rafael heads to the gym, and then more often than not, the club—it would have to work for two radically different lifestyles.

So how did Flavio go about creating a completely integrated space? By tearing down walls, for starters. He eliminated dividers between the living room, balcony, and kitchen, so that “the space adapts to different possible scenarios where work, eating, cooking, and washing clothes happen in a fluid way." Convertible furniture and flexible pieces (like a steel shelf that art can be rearranged along) encourage adjusting depending on their moods or how the room needs to be used. So while there isn't a formal table anymore, they can use a variety of seats and surfaces for eating. Rafael says they have enough seating for 14.

Even with their yin-and-yang tastes (literal case-in-point: Rafael’s black bathroom and Daniel’s white one), both design-minded brothers managed to get behind a sublime, super-saturated turquoise for the kitchen. Inspired by the local energy of their adopted city, they also had “a beautiful desk” made in the exact shade. When Flavio presented color palette options, they immediately pointed to the same swatch. Still, some things don't change, like bimonthly family visits that put Flavio's anything-goes floor plan to the test. "Sometimes our parents bring our two grandmothers or my uncle and aunt. It’s a bunch of people for this apartment size!" says Rafael. "They like to stay here, to have breakfast together, to cook, to drink." Daniel gets bumped from his bed and Rafael winds up on the couch. Not that they mind the happy chaos. "My father plays guitar, we sing. It's fun." Here are a few more ways they keep that good feeling going year-round.