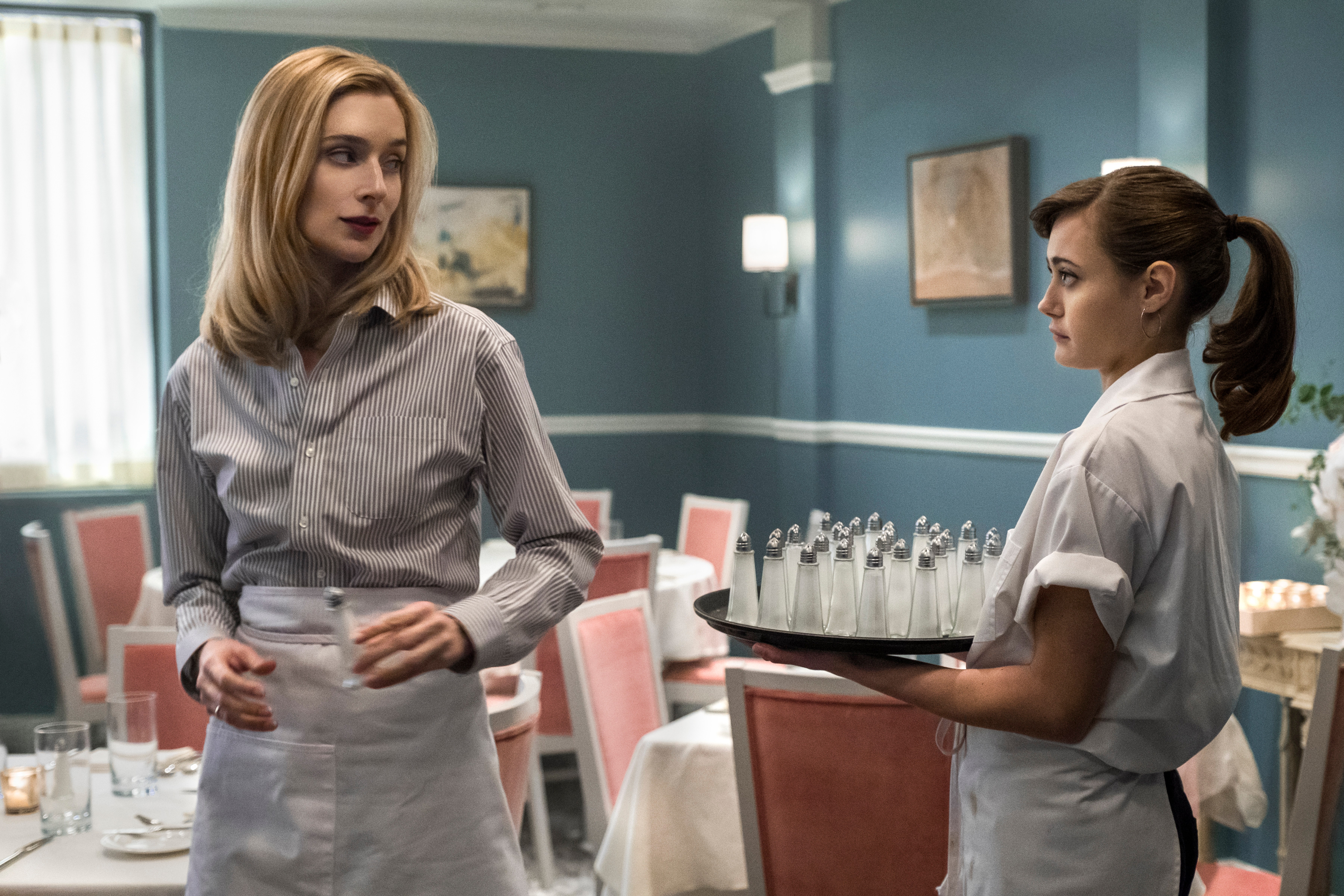 When the sets for Sweetbitter, a new series from STARZ premiering May 6, were first being built, creators relied heavily on one key source: the 2016 hit novel’s breakout author, Stephanie Danler.

“She wrote the source material, so much of the story is filtered through her experience,” production designer Matthew Munn tells Architectural Digest. “It was great having that one-on-one interaction with her. Her experience working in restaurants and owning and designing restaurants was really helpful.”

In fact, Danler—who, along with authoring the book, is now the executive producer, creator, and writer of the television series—says she "was on set every minute, for everything.”

For those unaware, the novel Sweetbitter follows 22-year-old Tess Purnell as she navigates her new life in New York, which consists of living in Williamsburg, Brooklyn, and working in an upscale Union Square restaurant circa 2006.

“I had a very specific map of my New York in 2006,” Danler says of creating Tess’s world when writing the book. “And I think when you first move to a new place, it’s a very small place. You start by just knowing the five blocks around where you work and the five blocks around where you live. If you’re working hard or you're working every day or if you’re trying to get your feet under you, it can go on like that for months.”

In the series, Tess’s environments also remain relatively confined. There’s the divey Home Bar (or Park Bar in the book) where she and her new colleagues go to unwind after their long shifts, and there is Tess’s barebones apartment along with the various scenes of the city at night. Most of the show takes place in the unnamed restaurant where Tess manages to land a job as a back waiter.

Though the venue in the book is often said to be based on Union Square Cafe (the original, not the newly opened,), Danler insists it is not specifically inspired by Danny Meyer’s flagship eatery. “It was modeled on restaurants that were built in the ‘80s and early ‘90s,” she says. According to Danler, she drew her inspiration from places like Gotham Bar and Grille, Blue Water Grille, Balthazar, and Babbo—eateries with brasserie-style design and simplistic but specific decor. “The dawn of the modern restaurant theme started with restaurants like Union Square Cafe,” says Danler. “It’s a style of dining that has now gone out of fashion. The permission of fiction is to combine all those elements into a fictional place.”

Translating that particular experience from a novel into a series was challenging, but, adds Munn, he had a solid roadmap. “So much of the book was a sensory experience,” he explains. “So the novel was a great jumping-off point. We didn’t attempt to re-create every specific in the book, but we did try to re-create the feel and the vibe of the spaces.”

As for Danler, she is thrilled with how the set turned out. “Matt is a genius,” she says of Munn. “He is a god. We built the most incredible set, and Matt had this brilliant idea to do these pink chairs which are the color of the hardcover book. They feel like a relic from another time, as if the restaurant had been built in 1982 and this pink had been in the height of fashion but then became very lived in.” To create that lived-in feel, Danler made edits to the set such as having the chairs rubbed off in corners and adding scuff marks to the kitchen door where servers would kick it. “We had to make it look lived in. And that’s what makes it look like a restaurant and not a set.”

The author turned producer also adds, “My greatest pride with the show is not as a writer, but that I think this series looks like the book. Which is a miracle. It's only something that can happen if the author of the book is on set every day.”

Our New Plant Obsession Is the Indoor Climbing Vine