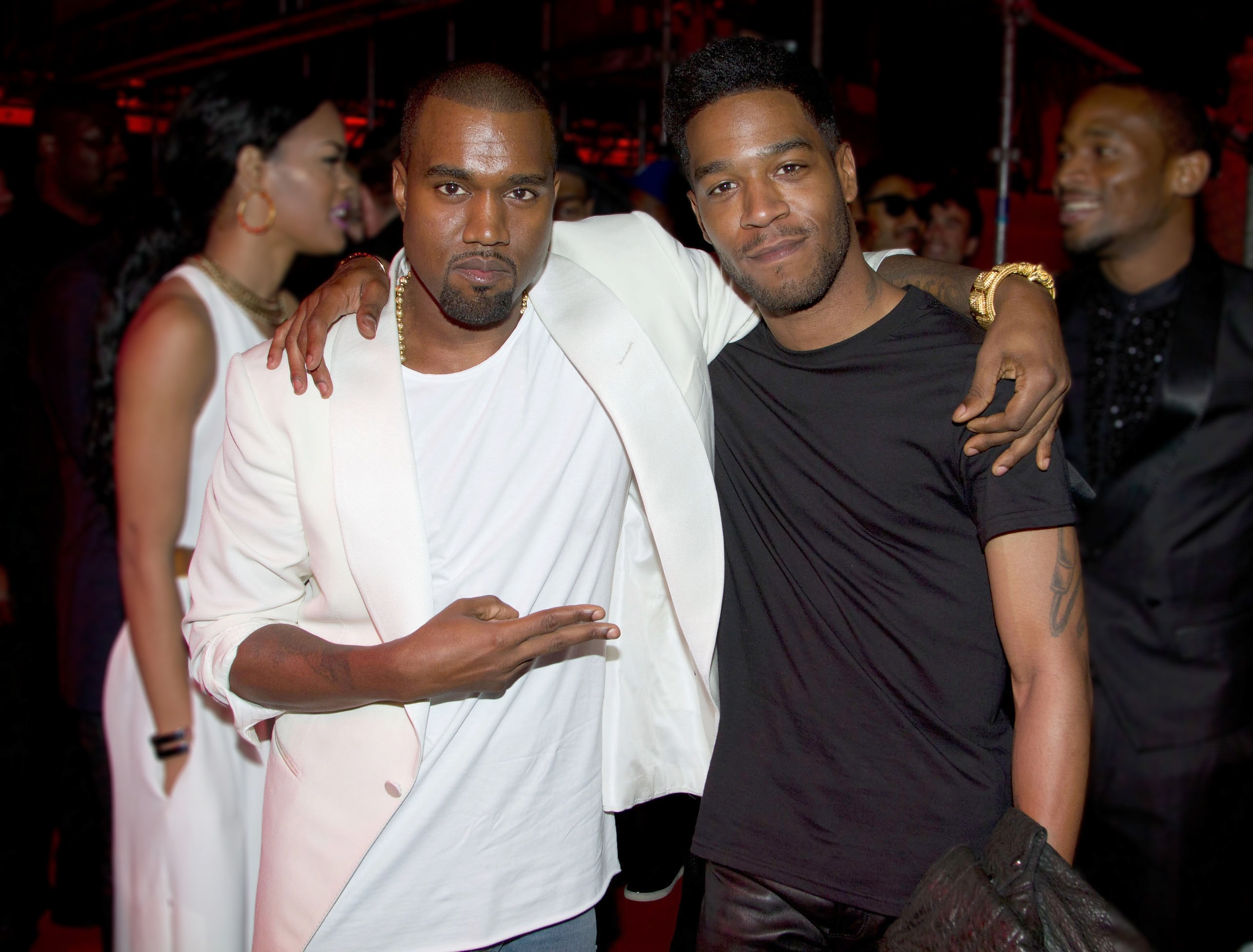 The cover art of a new album can set the tone for the music just as much as any lyrics might. Which is why the Takashi Murakami artwork that will appear on rapper Kid Cudi's upcoming joint album with Kanye West is likely a big hint as to what the themes of the project, entitled Kids See Ghosts, might sound like. On Wednesday morning, Cudi previewed the imagery, which features three ghost-like figures against a yellow, pink, and blue watercolor backdrop with a bonsai tree and Japanese writing.

Murakami has become an icon in his own right, famous for his joyous, rainbow-colored flowers, which now cover everything from Vans sneakers to ski lift tickets. West and Cudi were first spotted at Murakami's studio back in August 2017, when the artist posted a picture with the two rappers with no explanation, leaving fans to speculate about a collaboration. In April, West tweeted a teaser of the art, which featured the same ghost monster, two human drawings, and a Murakami-esque flower; he captioned the image, "Murakami vibes."

This isn't the first time that Murakami and West have worked together; the Japanese artist designed the cover art for West's 2007 album, Graduation, creating the iconic Dropout Bear that was also the focus of the Murakami-designed animated video for West's "Good Morning." The hotly anticipated joint album is set to be released on Friday, June 8.

Shannon Maldonado Moved Home, Downsized, and Started Her Own Business (and It Worked!)

“Can the chimney blow smoke rings?”