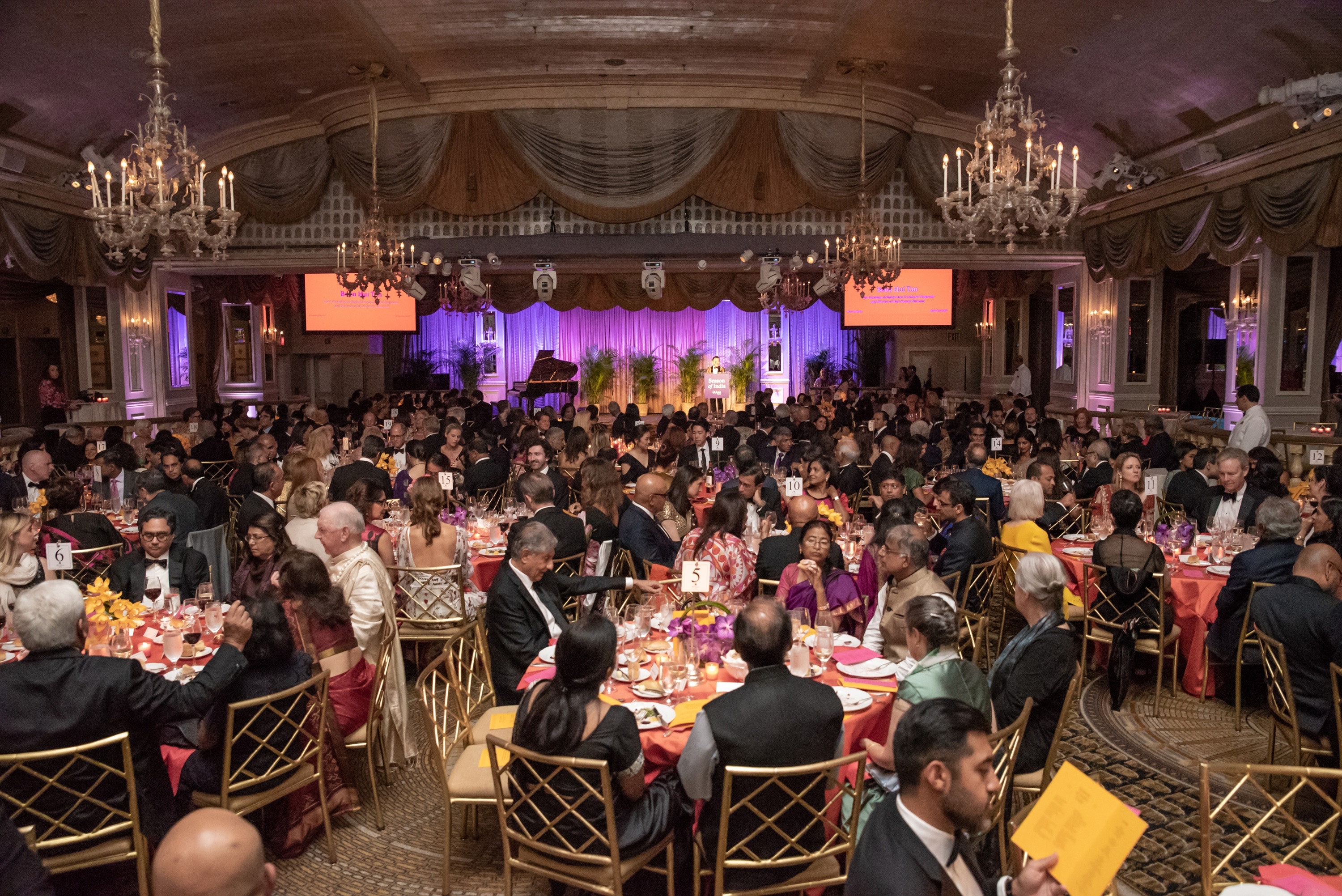 “There should be an American Friends of India, rather like the American Friends of Versailles,” His Highness Prince Tikka Raja Shatrujit Singh ji of Kapurthala told me a few days ago at the Asia Society’s Season of India Gala at Manhattan’s Pierre New York hotel. Embroidered saris swept the floors, precious stones glittered in the candlelight, and the color scheme—red, pink, and orange, with yellow orchids splashed here, purple orchids erupting there—brought to mind every picture-book daydream of the subcontinent. “The cultural richness of India is overwhelming,” said the affable royal, a luxury-goods advisor who would be the maharajah of Kapurthala if that realm still existed. “Every village has a historic site that deserves attention. Perhaps an event like this should be taken around the United States, anywhere that successful Indian immigrants are living, like Palo Alto, for instance. I think we could convince them to give back.”

India’s fund-starved patrimony was just one topic of conversation among guests at the gala, which raised more than $1.3 million. Superstars streamed into the pre-dinner cocktail party, including Farida Khelfa, the brand ambassador of Schiaparelli; Susan Gutfreund, the society swan turned interior decorator; the Dowager Duchess of Marlborough, herself of Indian descent; and fashion designer Bibhu Mohapatra, as I—wearing a flower-spangled sherwani with golden trousers from Bombay Bridal in Jackson Heights, New York—took notes. The evening’s theme honored the opening of “The Progressive Revolution: Modern Art for a New India,” an Asia Society exhibition of more than 80 works of art by a group of Mumbai modern artists that sprang into prominence after India won its independence from the United Kingdom in 1947. The show, supported in part by the State Bank of India, opened on September 14 and runs through January 20, 2019.

“There’s so much that needs help, it’s almost overwhelming to think about it,” the jewelry designer Princess Cécile zu Hohenlohe-Langenburg told me, as she and her husband, Ajoy Mani, an Indian-born visual effects producing supervisor, gathered for after-dinner drinks—with DJ Ashu Rai’s South Asian stylings leading to an unbelievably packed dance floor. The country, population 1.3 billion, is home to a record 36 UNESCO World Heritage sites, among them Le Corbusier’s 1950s Complexe du Capitole in Chandigarh and the Taj Mahal, a snow-white marble 16th-century masterpiece that is now turning yellow and green from pollution, discoloration that led a dismayed Indian Supreme Court to call it “a hopeless cause” earlier this year. Add to that list thousands of smaller temples, houses, palaces, and the like, many of them entirely unknown outside their communities, and the challenge is clear.

There have been some promising successes on the restoration front in recent years. The crumbling circa-1800 British Residency in Hyderabad (now University College for Women, Koti), brought to the world’s attention by William Dalrymple’s bestselling book White Mughals, was recently brought back to glorious life. It's a project so splendid in execution and romantic in atmosphere that it landed on the cover of Condé Nast’s The World of Interiors in May. But as Prince Tikka of Kapurthala pointed out, much remains to be done. Palo Alto’s tech billionaires might want to take note—a fundraising gala just might be heading your way.

The Man Who Keeps the Isabella Stewart Gardner Museum in Bloom