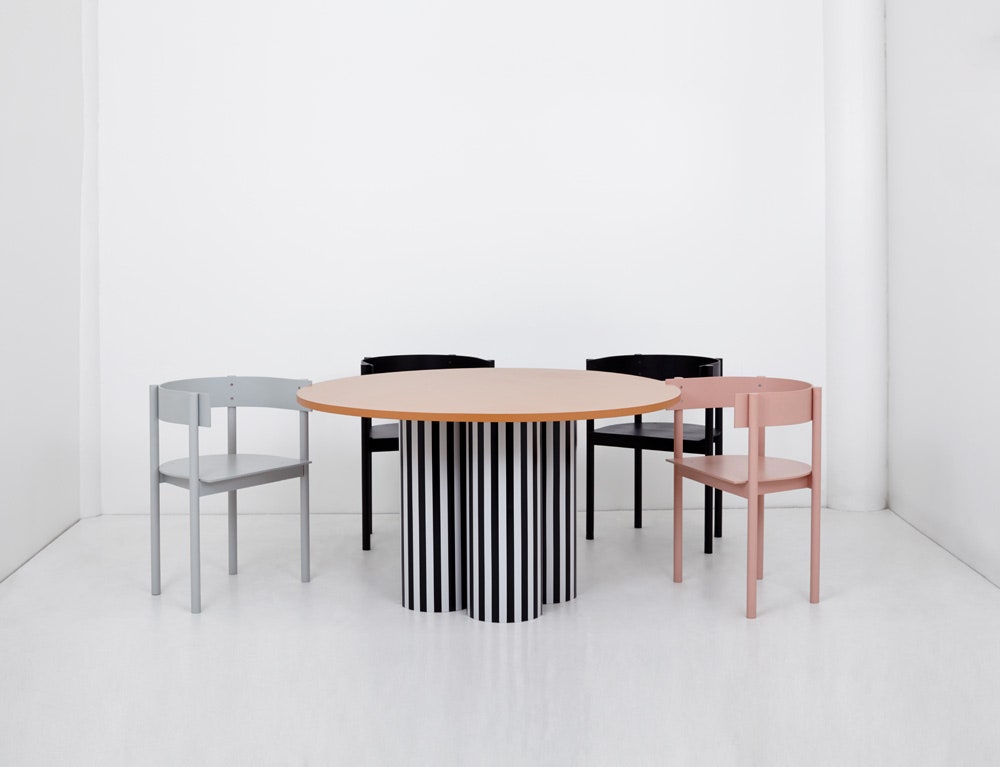 In the fashion and design worlds alike, sadly, it’s not unusual to see brands knocking off each other’s ideas. Edgardo Osorio, the founder of shoe brand Aquazzura sued Ivanka Trump’s accessories label after it copied its signature lace-up flat. Designer Lisa Marie Fernandez has launched an Instagram campaign to call out competitors who’ve copied her swimsuit designs (she sent cease and desist letters to designer Karla Colletto and model Emily Ratajkowski, who used similar designs in her inaugural Inanomarata Swim collection). One Google search for “Eames” or “Navy” chairs will come up with the originals plus a whole slew of knockoffs from assorted vendors stateside and abroad. Instagram handle Diet Prada has made an entire feed out of calling out knockoffs in the fashion world. Yet many of these instances go unpunished—and often unnoticed.

But this time, a seemingly obvious knockoff situation is consuming Instagram and the design world.

Kamarq, the Japanese company that’s vying to be the Netflix of furniture for millennials, debuted a collaboration with creative director PJ Mattan and fashion designer-stylist Nicola Formichetti on Wednesday. By mid-afternoon, design aficionados had created a social media storm by calling out the subscription-service brand and its designers for copying independent designer Ana Kras’s 2015 Slon tables, created for the furniture showroom and gallery Matter’s in-house brand Matter Made. Commenters on Mattan’s Instagram feed (where the designer had posted a glimpse from the new collection) called him a “thief,” “fraud,” “disgrace” and many other epithets, tagged Kras (@teget), and called on magazines and social media accounts to publicly shame the brand. The Wing’s cofounder Audrey Gelman, designer Jesse Kamm, and others called out the company for its blatant plagiarism while others defended Kamarq and Mattan's creation (“if anything it references Mario Bellini for Cassina from 1977” wrote Factory PR’s Mark Silver). @Mattermade started responding back to Gelman and the other commenters with appreciation and praise. It also caused Matter to engage in an Instagram commenting war with Hem founder Petrus Palmer about other similar designs.

Kamarq launched this inexpensive collection, which is now on sale to the public at their SoHo pop-up shop, during NYCxDesign, New York City’s design week. The design world called out another gaffe on the brand’s part with their name for the offending furniture: “Elephant Tables.” The word slon happens to mean “elephant” in Kras’s native Serbian, which makes the copying seem, to many, especially obvious. Matter founder Jamie Gray exclusively told AD PRO that he was also appreciative that people called it out online: “I think the whole thing is unfortunate,” he said. “I don’t think it was done maliciously, but I do think it was totally careless to launch the collection. It was too close, in some cases identical, in language to the work Ana created for Matter Made. I’ve heard arguments that both collections were made up of simple geometric forms so ownership shouldn’t even be a part of the conversation, and I completely disagree. I would argue that the language—the use of color, the proportion of the legs, the placement of the legs, all made Ana’s collection quite unique despite its simplicity. That’s the beauty in the collection and a hard thing to achieve.”

Kamarq has since issued a statement and pulled the offending items from their collection. Mattan commented on Instagram: “This week we debuted our inaugural collection and campaign with Japanese brand Kamarq. Part of the collection was heavily inspired by the elegant long legs of Mario Bellini’s set of Il Colonnato tables from the 1970s. We acknowledge that certain pieces could also be attributed to the work of designer Ana Kras for Matter, and out of respect for Ana & Matter, we will be removing these pieces from the collection. Kamarq is an ever-evolving brand that will strive to work with many different designers, and we remain respectful of and committed to supporting the creative community at large.” Matter responded: “That’s all? I mean . . . Thanks PJ that’s awfully big of you to acknowledge that now. But how about some respect for Matter who first showed her work. Where you first saw the work. How about an apology to Matter Made who took the time to develop the collection with Ana and still produces this collection?” (Kamarq has not responded to AD PRO’s request for comment).

Naysayers might say copying is the sincerest form of flattery, and everything is derivative these days. Some commenters have accused Kras of copying Mario Bellini’s Il Colonnato tables for Cassina. As Kanye West tweeted in April. “I find myself getting stuck in the idea of originality and letting my ego push me to say things like, ‘this person stole this from me’ and the funny thing is it’ll be a reference I took from somewhere.”

Interestingly, the phenomenon of mass-market brands pilfering ideas from independent brands and selling them for less is rampant, but doesn't often result in such swift backlash. Perhaps it’s time for a larger reckoning.