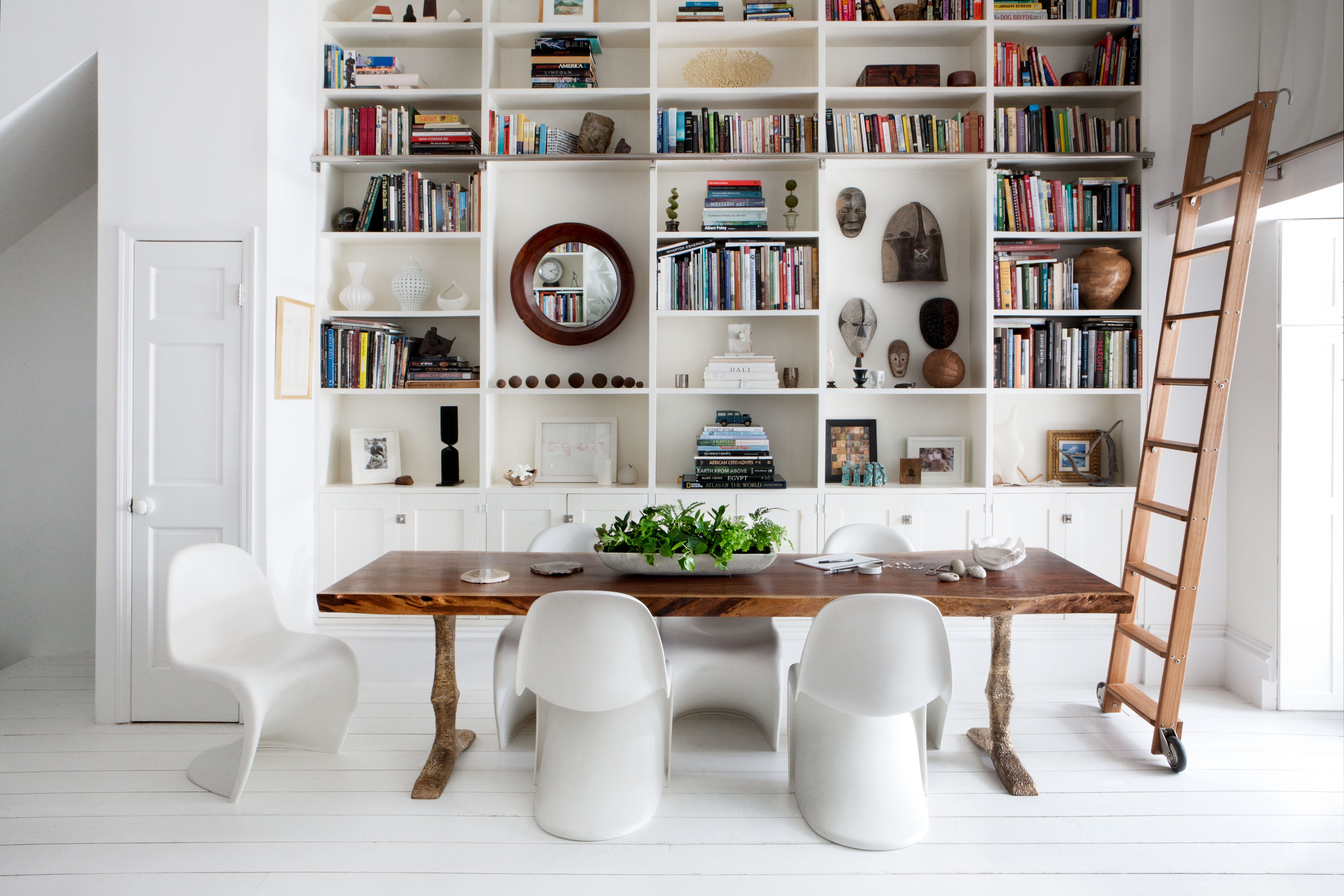 It was postwar Europe, and a new world power had emerged on the scene that would change the way people lived: plastic. Experimental Danish designer Verner Panton—fascinated with the progressive polymer that could be molded into any shape and mass-produced—set his sights on a fantasy: a chair made in one piece. The challenge? Finding someone who could produce it.

“Fifteen to 20 manufacturers have tried it but have all rejected the project for different reasons,” Panton told Rolf Fehlbaum, of Swiss manufacturer Vitra, in 1963. They agreed to take on the task.

Four years and ten prototypes later, a limited run of what became known as the Panton chair—a canti­levered seat in laminated, fiberglass-reinforced polyester—was debuted at the Cologne Furniture Fair.

Though the chair became an immediate icon, its composition was never static. Panton and Vitra tirelessly experimented with new materials in pursuit of utmost durability and simplicity of production, oscillating from polyurethane foam to polystyrene (it was thinner but required ribs under the seat for support), back to polyurethane foam, and finally to today’s most popular rendition—a flexible, durable, but more matte polypropylene, which hit the market in 1999, just a year after Panton’s death. A new polypropylene version goes for $310; the polyurethane foam, $1,675. Through November, in honor of the design’s 50th anniversary, Vitra has released it in chrome ($2,375) and glow-in-the-dark ($2,125).

“Big quantities were produced from the beginning,” explains Eckart Maise, the chief design officer at Vitra. “It’s not a chair that will cost four or five digits.” But that makes it an interesting acquisition for buyers of all budgets, who can seek out strange hues or early, clunkier editions that boast serious cred despite slight material disadvantages.

“I try to find the odd ones,” says Niklas Maupoix, a Swedish collector and photojournalist who lives with nearly 1,500 Panton works (including nine Panton chairs) and is a connoisseur of seats made before 1999. “Ones that are shiny, thick, or in strange colors like beige or dark green are more desirable.” vitra.com