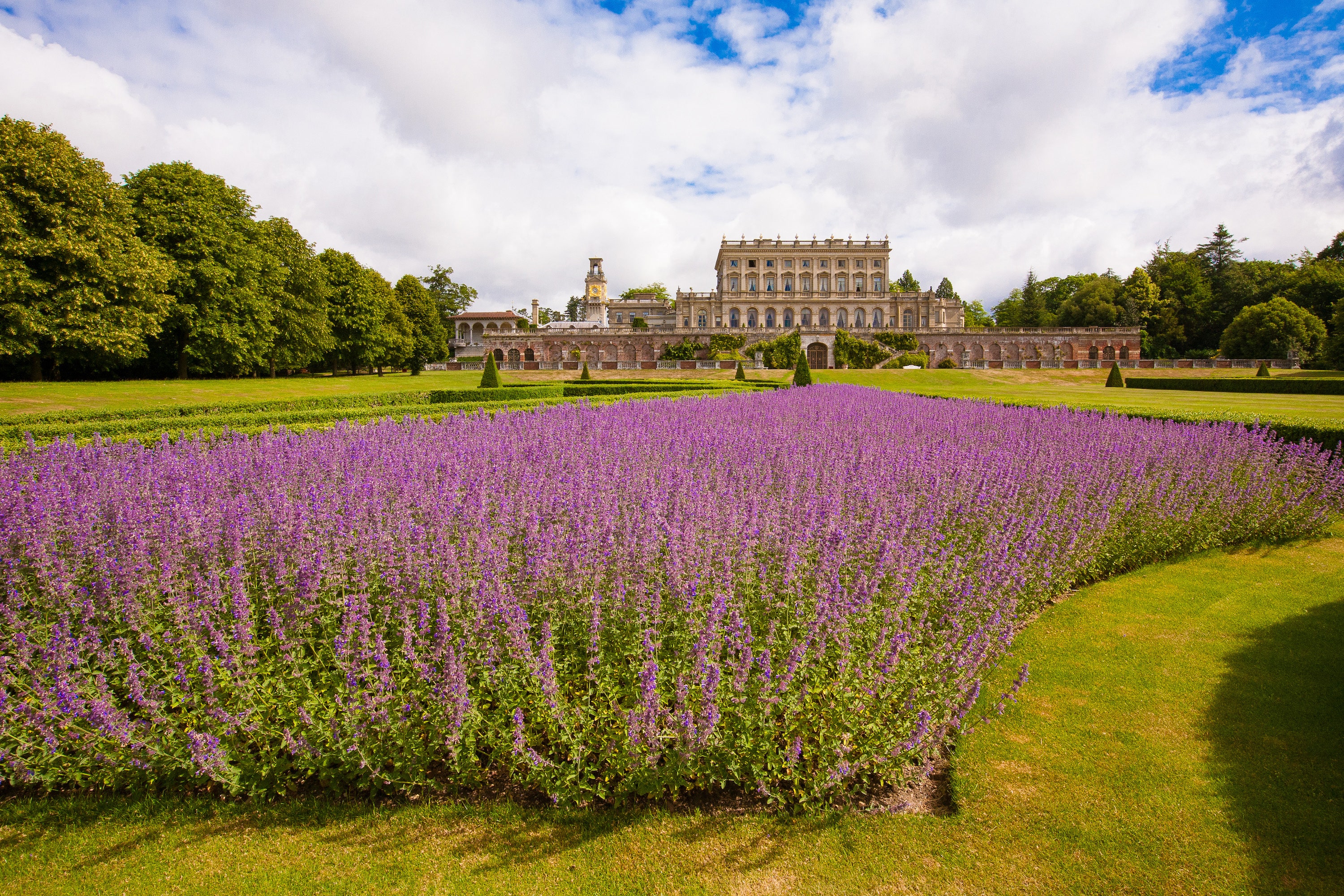 If the thought of rolling hills, regal interiors, and stately architecture excites you (honestly, who doesn't it excite?), consider your next vacation to include a stay in a luxurious castle hotel. Each beautifully manicured property has a story to tell—from the Castle of Ristonchi (which was once used as a fortress to defend Florence, Italy) to the British Cliveden House (a not-so-modest gift from a duke to his mistress in the 17th century). Yet not all of the castles on our list are from a distant epoch. Take the Kentucky Castle, for example, which was built in 1969 by a couple inspired from their recent trip to Europe. Whether surrounded by bucolic countryside in Ireland, the U.K., or Italy, sprawling vineyards in Portugal, or the dense forests of Colorado, one thing is for certain: The views will be sublime. Below are seven luxurious castle hotels AD recommends for your next trip. If nothing else, go for the opportunity to peer out of the windows into romantic, storybook settings.

Cliveden House (Berkshire, U.K.)
Built in 1666 by the second Duke of Buckingham as a gift to his mistress, the Cliveden House is where Meghan Markle stayed the night before the royal wedding. The castle is sprawled across 376 acres of National Trust gardens on the banks of the River Thames. The Relais & Châteaux Italianate mansion allows guests to partake in soothing treatments at the Cliveden Spa, request a luxurious champagne teatime experience, and charter a vintage houseboat for a cruise down the Thames. Located some 30 miles from central London, the castle is a good option for those who want to get away from the bustle of the city, while not feeling too far from the action. clivedenhouse.co.uk

Adare Manor (County Limerick, Ireland)
Located in the countryside village of Adare, Adare Manor is a 19th-century Gothic Revival castle hotel. Situated on 840 acres of land, each of the 104 guest rooms is decorated with 19th-century artwork and mahogany furniture. Take in the view from your room which overlooks the front manicured gardens, the River Maigue, or the championship Tom Fazio–designed golf course. For relaxation, head to the castle’s state-of-the-art La Mer spa, practice dance moves in the grand ballroom, or eat your fill at one of the castle’s four culinary destinations: the Oak Room, Drawing Room, Tack Room, or Carriage House. adaremanor.com

Landoll’s Mohican Castle (Loudonville, Ohio)
Located in Ashland County (roughly an hour northeast of Columbus), Landoll’s Mohican Castle is a site to be seen. Built in 2002, all of the castle’s hardwood floors, trim, cabinetry, and doors were milled from trees on the property, and the stone used on the castle was retrieved from piles cleared by some of the first settlers of the area. Stay in one of the castle’s 11 suites, and while there, exercise in the property’s indoor pool. landollsmohicancastle.com

Castle of Ristonchi (Tuscany, Italy)
Located next to rural farmhouses built in the 12th century, the Castle of Ristonchi was commissioned by Italy’s famous Medici family. Throughout the 14th century, the castle was a strategic point of defense within the Florentine territory. Today, however, guests let down their guards as they are treated to the marvelous accommodations within the castle. The royal banquet hall has high arched ceilings made of red brick and walls of stone, where you can still see the engravings of the stonemason’s symbols from when it was originally built. ristonchi.com

Pousada Castelo de Óbidos (Óbidos, Portugal)
The medieval castle of Óbidos was erected by D. João de Noronha in the early 16th century. Designed in the Manueline style (Portuguese late-Gothic aesthetics), this 16th-century palace was carefully recovered from the effects of the area’s 1755 earthquake. Today, each of the 17 rooms are each named after a king or queen, feature whitewashed walls, four-poster canopied beds, and Manueline touches like azulejo-tiled bathrooms and arrow-slit windows with views onto the surrounding windmills and vineyards. pousadas.pt/en

The Kentucky Castle (Versailles, Kentucky)
Set among farms and sprawling bourbon distilleries, the Kentucky Castle is a luxurious bed-and-breakfast. Built in 1969, this medieval-style structure is completely enclosed by a stone wall with 12-foot wooden doors and turrets on a 50-acre estate. The castle boasts 12 luxury rooms and four chalets with suites at the outermost corners. Each chalet is furnished with a kitchenette, whirlpool soaking tub, and a terrace overlooking acres of farmland. Get outside and engage in a game of tennis or basketball on the respective courts. Also visit the on-site billiard room, library, ballroom, and Castle Farms restaurant. thekentuckycastle.com

Glen Eyrie Castle (Colorado Springs, Colorado)
Nestled next to Garden of the Gods park, Glen Eyrie is home to over 800 acres of stately pines and whispering aspen, waterfalls, and majestic sandstone rock faces. Glen Eyrie’s rooms range from hotel-style standards to Premier Castle suites. Adventure seekers can book electric bike tours through the Garden of the Gods and Glen Eyrie or hike one of the 16 available trails on the property. The area is rife with wildlife too, and nature lovers have a chance to catch glimpses of wild bighorn sheep roaming the grounds. gleneyrie.org