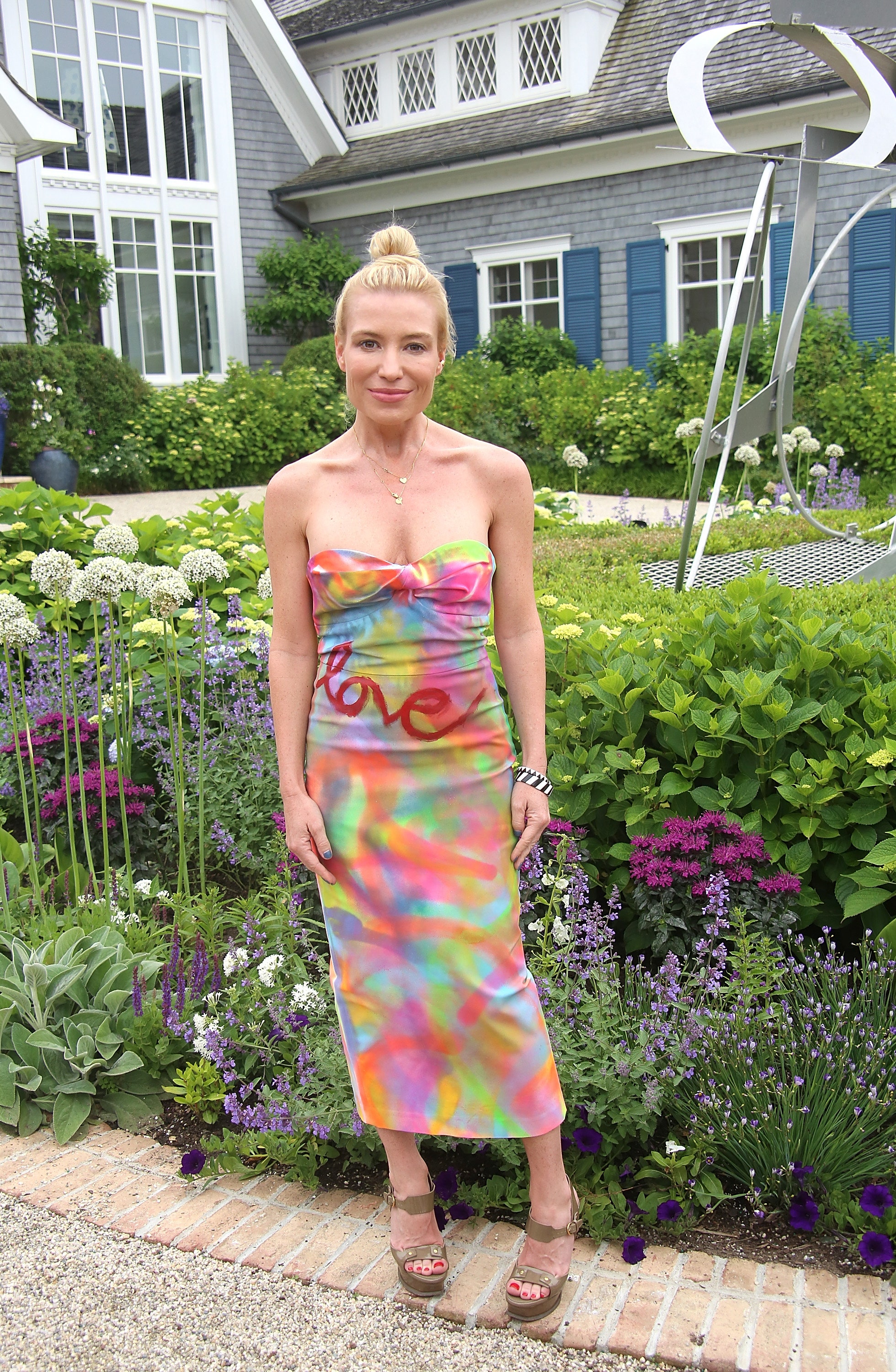 Tracy Anderson not only has one of the most popular work-outs in the Hamptons, but the entrepreneur and celebrity trainer now has one of the most coveted summer rentals as well. Anderson, who has a studio in East Hampton, recently attended a goop cocktail party in honor of the 70th anniversary of The Original Margarita with Cointreau which was hosted by her long-time client and business partner Gwyneth Paltrow; at the fete, which was held at Topping Rose House in Bridgehampton, Anderson excitedly chatted with fellow party-goers about her new chic digs for the summer: a Sag Harbor home owned and decorated by Steven Gambrel.

"When I first saw this Sag Harbor home of Steven Gambrel, I instantly fell in love with it," Tracy Anderson tells Architectural Digest. "The architecture and design work was both inspiring and charming, and I knew it was a place where I could comfortably live as both a creative businesswoman and as a mother. My dream is to have him build a farm for me someday! But until then, I'm renting one of his Sag Harbor classics. I feel very lucky to be surrounded by so much beauty each and every day!"

While Anderson's luxurious summer rental isn't located in the same town as her studio, her choice of locale makes sense: Sag Harbor has been attracting an increasing amount of star power over the past several years. She's also conveniently located near her pal's pop-up shop, as Paltrow's goop store is in Sag Harbor for the summer. The CEO, businesswoman and actress hosted another party at the Sag Harbor stop—which will be open until Labor Day—to celebrate the launch of the goop x Lilly Pulitzer collection. Leslie Mann and Judd Apatow, on the East Coast for the 4th of July holiday, were in attendance.