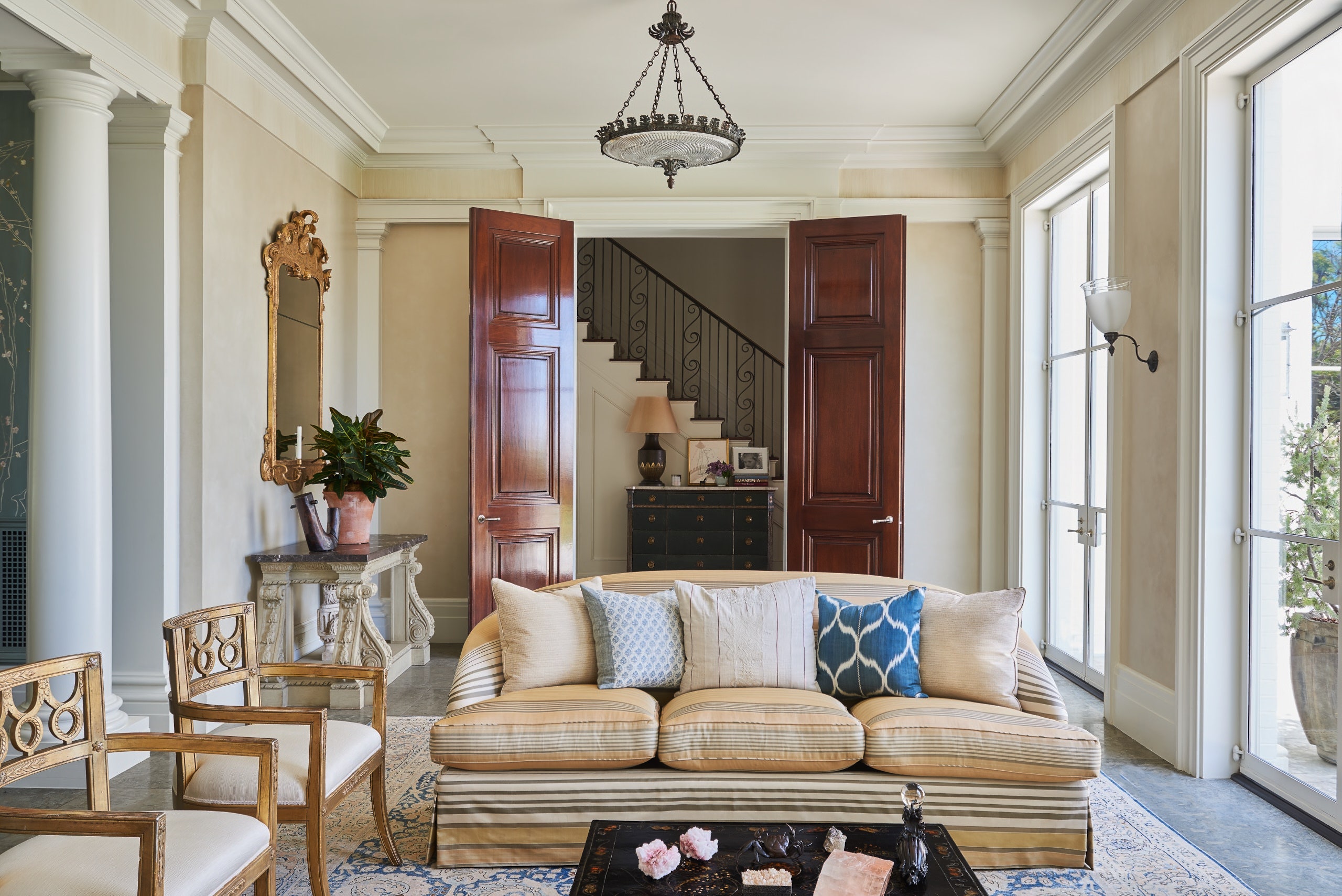 Here today, gone tomorrow, is not a philosophy to which AD100 designer Michael S. Smith subscribes—at least not when it comes to interiors that he has created for his crème de la crème clients. “It has to do with timing,” he says, apropos two auctions—one at Christie’s in London on Wednesday and another in New York City on September 26—that are packed with gleaming glories recently deaccessioned from three residences that he has decorated. “If it happens too fast, it bums you out,” continues the designer, one of whose latest projects is the cover story of AD’s September issue. “There are so many easier ways to make money than this. I don’t know anyone who is not emotionally involved in the process. The pursuit of the stuff is really the fun thing, to be honest. So you just become used to the idea: Nothing is forever.”

Advertised as “Rooms as Portraits,” the sales offer the contents of grand residences in London, New York City, and Los Angeles. “As collections, the lots have a certain vibration and voice, because I’m not a big one for filler from a showroom—that’s not decorating, that’s furnishing,” Smith explains. ”There’s a certain narrative to it all. There is so much history in these pieces, not just mine or the clients.”

The London segment features 291 lots from a home on Eaton Square, long one of the city’s most august addresses. Within that residence’s cool Georgian envelope, Smith suavely deployed antiques such as 18th-century Hubert Robert paintings of romantic landscapes and Louis XVI lacquered commodes with 20th-century stars like a still life by Fernand Léger, a Helen Frankenthaler painting, and a starburst mirror by the endlessly hot French artisan Line Vautrin. The residences in New York City and Los Angeles, executed for the same clients, are just as richly and invitingly appointed, chic but scholarly, the 228 lots spanning everything from Cycladic sculptures to sprightly red-painted metal planters by the midcentury Mexican genius Arturo Pani.

One of the powerful aspects of the sales is how they bear witness to Smith’s lifelong fascination with, and dedication to, the world’s greatest antiques shops, institutions that “I visited in my early 20s and remember being slightly terrified. But things that people used to find precious are not always hot.” That doesn’t mean that they aren’t eternally worthy, though, especially if one appreciates the characteristics that Smith finds more important than an object’s age or provenance and which the Christie’s auctions richly reflect—quality, resonance, and beauty. “It’s not about a Barbara Hutton bejeweled monkey, but also not a bunch of things scooped up in a souk and thrown together and described as super-fantastical,” Smith adds. “Everything should have relevance.”

What Makes the All-New Rolls-Royce Phantom Worth $628,000 | Architectural Digest