Home News What I Learned About the Air in My Apartment by Testing the... 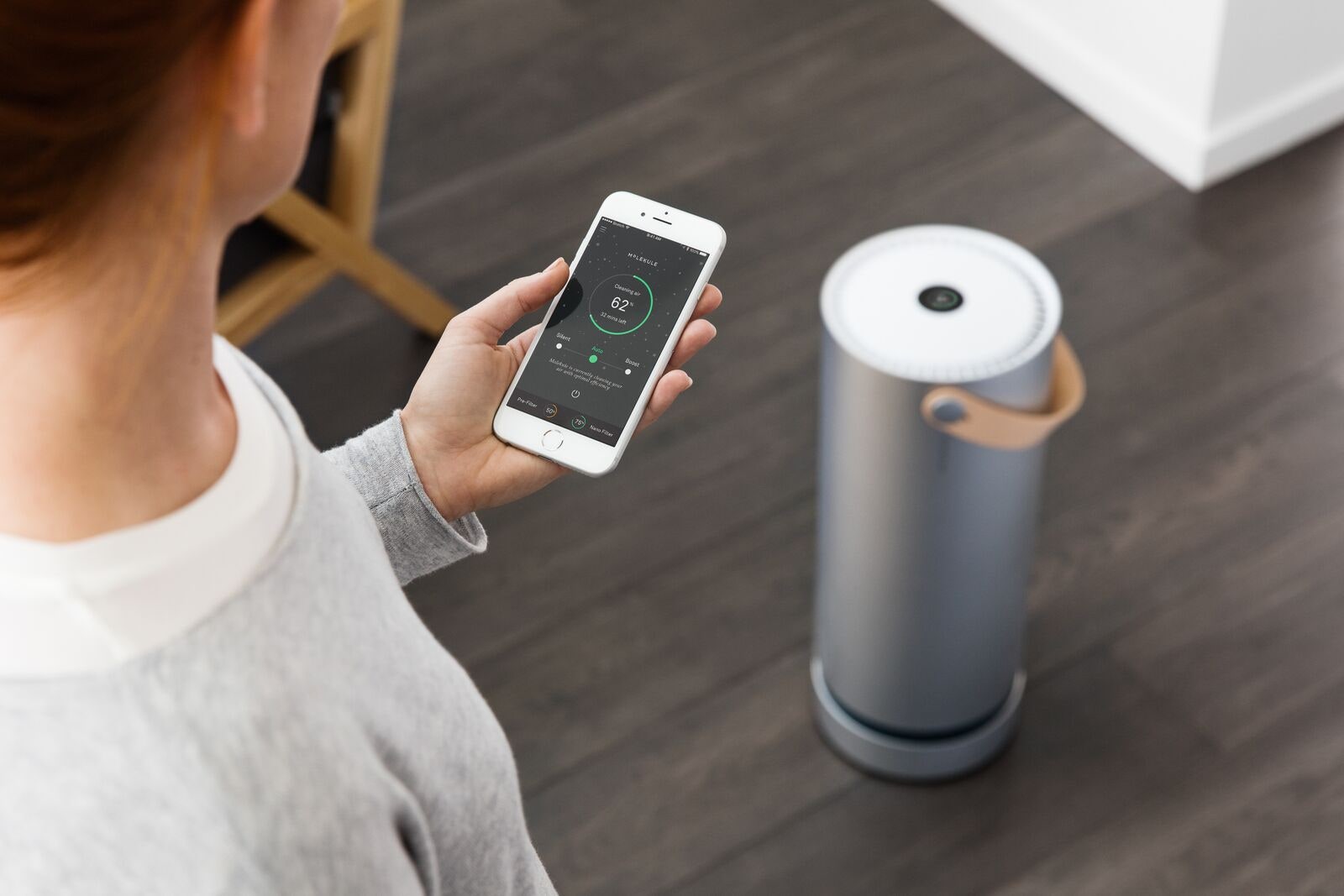 Moving to a new apartment sucks. It’s a universal truth that we like to discuss A LOT as Clever editors and New Yorkers (like, maybe we’re a little too obsessed with the idea). “I’ve heard moving is almost as stressful as a death in the family or a divorce,” I said to my boss recently. To which he replied, “I think that study was about moving after living somewhere for, like, 25 years, not about packing up your one bedroom rental on the Upper West Side to move to Brooklyn.” Fair enough.

But there is one reason I find moving especially stressful: I am allergic to everything. Okay, okay. So that’s not technically true. But I do have serious allergic reactions that can be triggered by almost anything. I have allergies to normal stuff—certain shellfish, certain grains, pollen. But something as small as industrial cleaner in a public hallway or someone’s perfume wafting through a subway car has been known to send my histamine levels through the roof. Which means when I move, I’m never sure what I’m in for. Will the basement have mold? Pop a Claritin! Will the bathroom smell like mildew? Grab your nasal spray! Will the floors be covered in dust? Have your inhaler handy!

So, when the opportunity to test out what promised to be the Gucci loafers (i.e., I can't actually afford them, but all the cool kids have them) of air purifiers coincided with my move, it was a no-brainer. After all, for someone like me, $799 is a small price to pay for peace of mind. Plus, this isn’t your average air purifier. What I already knew about Molekule: 1. It is the best-looking air purifier I’ve ever seen. 2. It actually breaks down pollutants in the air at the molecular level—destroying mold, VOCs, allergens, viruses, and bacteria. Zap! They are gone.

Sounds too good to be true, right? Hence the testing.

So, the folks at Molekule recommend that testers do the following: “1. Note your symptoms on a scale between 1 (mild) and 10 (severe) before Molekule. 2. Place Molekule next to your bed, keep it running on AUTO all day and night. 3. Note if you feel differently in the mornings when you wake up. After 2 weeks, note your symptoms again on a scale between 1 and 10.” As I suspected, the first days in the new apartment were problematic for me. As soon as I was settled, I followed the instructions for setup (easy!) and noted my symptoms—itchy eyes, skin, and nose.

The first thing I noticed upon waking up after running the Molekule the first night? The air actually smelled cleaner. The best way I can describe it: When I was ten, my mom bought me an ionized hair brush for my birthday (as one does shiny, smooth, frizz-free, and manageable hair in the ’90s), which emitted the same clean-air smell.

After using the Molekule for a week, I noticed that more often than not my usually scratchy throat, itchy eyes, and runny nose were gone!

So would I recommend purchasing the Molekule? If you are a serious allergy or asthma sufferer—yes! Here’s my rationale: Would you rather spend money on treating the symptoms of your allergies after they happen or spend a chunk of change upfront to be symptom free? For me, it’s the latter.

The Best Beds for Small Rooms Will Totally Surprise You