Home News Where LaTonya Yvette Found Her Sense of Community 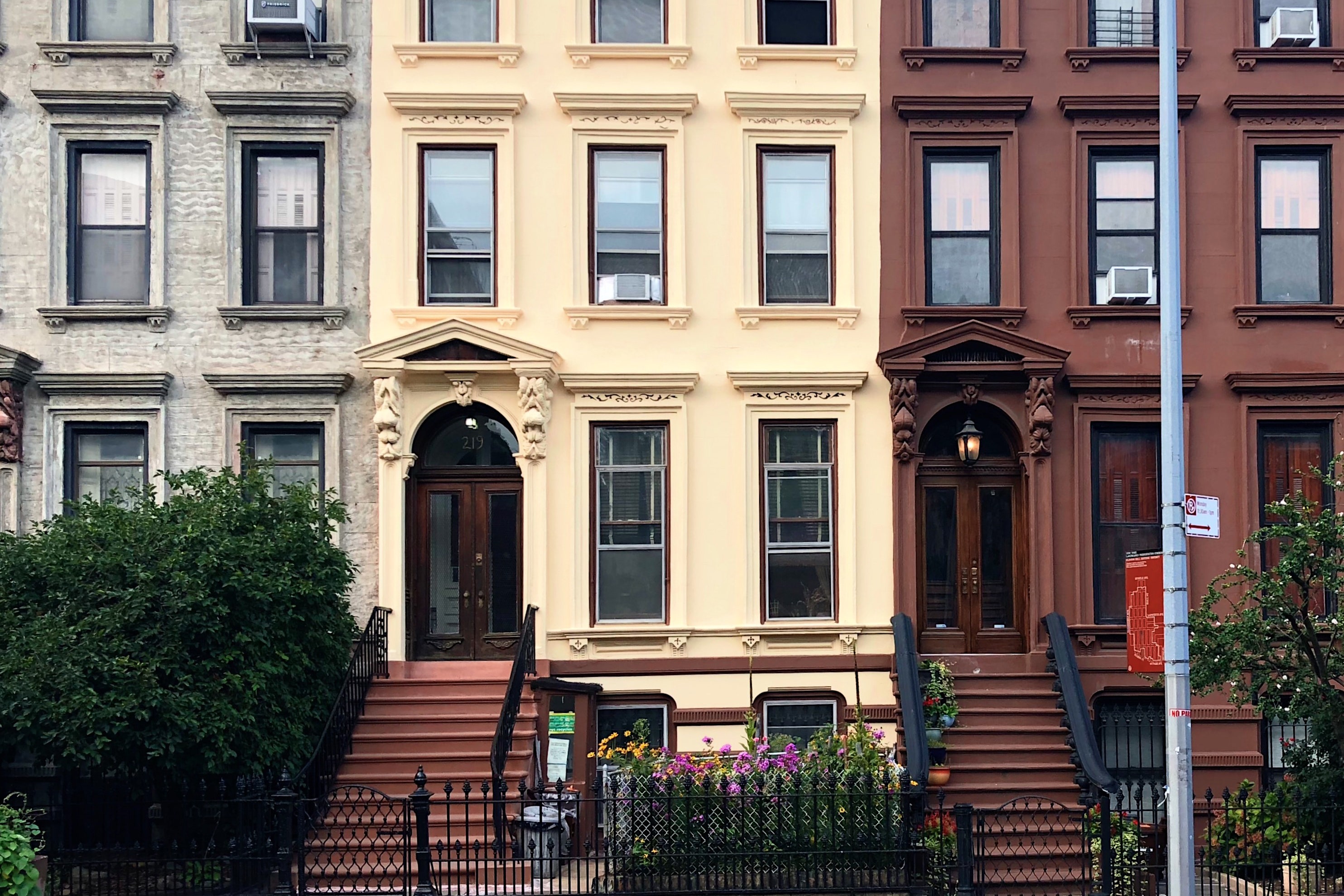 LaTonya Yvette is stylist, blogger, and the author of the forthcoming book Woman of Color ($25, Abrams Image).

No matter where you live, what's happening right outside your door defines your sense of community. This is especially true in Brooklyn, where I grew up—and where I’m now raising my own family.

It was out in front of my grandmother’s Classon Avenue building—I think it was 1997 or 1998—where I learned that tying an extra phone line cord (from the landline days) around the peeling iron gate didn’t provide as good results as jumping rope with my sister and cousin. A good game of double-dutch needed at least three people. Two to turn. One to jump. Rotate. We took turns combating the weight of the phone cord with our tiny arms. We dusted the cement with each spin, and whenever a neighbor would walk by, they’d give us a smile and nod of encouragement. Sometimes, my aunt (who taught us how to jump) would emerge from the vestibule of my grandmother’s building, jet down the stoop, and entertain us with a good jump before going on her way. “That’s the way you do it,” I’d think. When my grandmother couldn’t find a phone cord for us to use, the bodega on the corner would always have one we could buy.

I remember one hot summer night when I should have been sitting on the stoop. I was chased by four eight- or nine-year-old black boys wielding water balloons, who ran us down nearby Washington Avenue, turning on Lincoln Place.

During those summers, my grandmother would line up outside with a bunch of other people of color, along the very same Washington Avenue, to nibble on some of Tom’s Diner best. There were pancakes, scrambled eggs, and, of course, grits for me.

For a while, I refused to go near Classon Avenue after my grandmother unexpectedly passed away. But this summer, my seven-year-old River went to a camp that required I drop her off three days a week around the corner from my grandmother’s old apartment. On our way, she liked to call out the coffee shop and the random “everything store” with quarter gumball and toy machines beneath the $1 brooms. Our cab ride was always a bit different for me. My brain constantly scanned everything that is either different from or similar to my life at my grandmother’s as we passed the mix of new and old buildings. They're a sure sign of the gentrification that has overtaken Brooklyn. A sure sign that what I once knew sort of, only kind of, still exists. Only if I'm able to look past the all-glass facades of luxury condos that are now wedged between the brownstones.

Some of those brownstones are still home to the older generations, who are hanging on to their stoops and to the communities that once sat on them, once walked up and down them. But over the past few years, there is nary an occasion I see a person of color walking into Tom’s. I remember seeing the first group of blonde-haired, blue-eyed girls giggling down Lincoln Place in early 2000, the same place where I ran from those boys.

Now, like during that summer shuffle of bringing my own biracial, curly-headed crew to camp, they are the only black kids my eyes catch. And I think I could almost get over it, the way things look to have changed, if the way it felt weren’t such an intrusion. I feel the effects of gentrification in the contrast. There is a new generation that doesn’t understand the depth of the culture that once thrived in this community.

It wasn’t just that the boys chased us down the street, it was that they could. No one would stop them. No one would think we were in harm’s way when we ran up and huddled in my grandmother’s kitchen, even as we panted and laughed and nearly cried as if we were.

It wasn’t just that we played double dutch on the stoop, it was that we could, without side-eye. We knew that neighbors who looked like us, sounded like us, loved us, could join in.

My reality often floats in between the Brooklyn I live in now and my grandmother’s Brooklyn back then. While my street isn’t identical to hers, there are enough similarities to often bring me back. But nothing is really the same. It won’t be. And so I never take the reminders of her Classon Avenue (double-dutch on the stoop and all) for granted.

All Your Bed Needs Is a Lumbar Pillow